Conde Nast may break its lease on its One World Trade Centre headquarters just six years after signing the $2billion deal, as it is reportedly looking for a new HQ in midtown Manhattan.

Advance Publications, who own Conde Nast, is trying to renegotiate or find a way out of its 25-year lease just six years after signing, Variety reported.

The real estate deal from 2014 was worth roughly $2billion, and gave the publishers 21 floors of skyscraper office space in lower Manhattan.

Conde Nast may break its 25 year lease at its One World Trade Centre headquarters (pictured), just six years after signing the $2billion deal 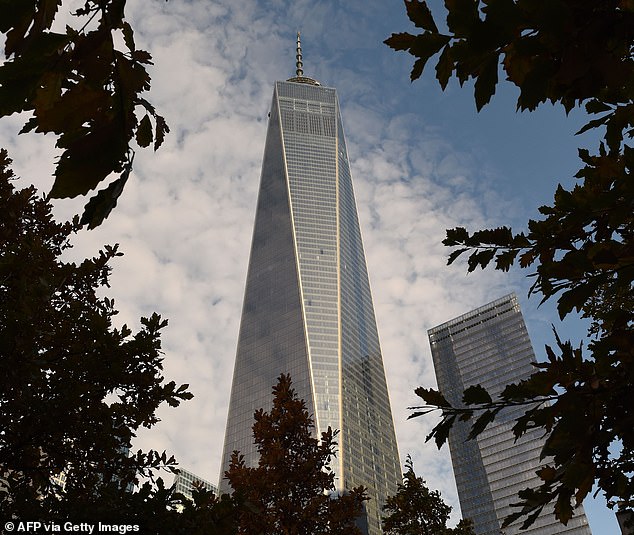 Advance Publications, who own Conde Nast, is trying to renegotiate or find a way out of its 25-year lease at One World Trade Centre (above)

The media company, which includes prestigious magazine titles such as Vanity Fair, Vogue and The New Yorker, left its home at Four Time Square in 2014.

Before the move to Time Square, the HQ was homed at Madison Avenue from 1996.

But Conde Nast could be leaving its current prime real-estate location, as coronavirus has led more staff to work from home, as well as putting the magazine industry under more pressure amid economic concerns.

A company spokesperson said: ‘Advance Publications is in discussions about bringing the lease at One World Trade Center into line with current market conditions and its ongoing needs at this location. It is considering alternative locations to address these requirements.’

The publisher may try to buy out of its lease by paying a fraction of what it owes, insiders told Variety.

It is not currently known how many people are working in the Conde Nast offices, but many staff began working from home amid the coronavirus lockdown, leaving more vacated space.

One source said that Conde Nast’s current CEO Roger Lynch is looking to return to midtown Manhattan, according to the New York Post.

A spokesman for Durst had no knowledge about any pending negotiations for Conde Nast to move when the Post inquired Tuesday afternoon. 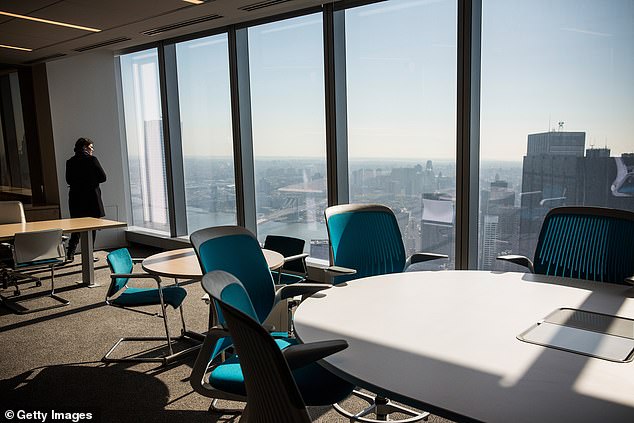 The publishers, who have 21 floors of skyscraper office space at the HQ, could be leaving its current prime location as more staff are working from home amid the coronavirus pandemic 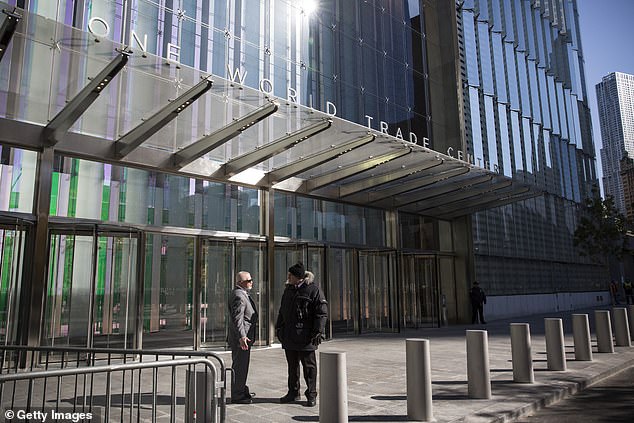 Conde Nast’s CEO Roger Lynch has decided the company will not need as much office space, and is looking to move to midtown Manhattan, sources have said

One source said that Conde Nast’s current CEO Roger Lynch is looking to move to midtown Manhattan, according to the New York Post.

Mr Lynch has decided that Conde Nast will not need as much office space moving forward and is looking to downsize.

Conde Nast was forced to lay off around 100 members of staff in the United States, after the company had to begin cutting pay and furloughing staff worldwide in April.

Last week, Stan Duncan, the global Chief People officer at the company, sent an email to employees, explaining why some had been asked to clear out their offices.

According to their survey, more than 70% of staff had expressed interest in ‘some form of flexible or full-time remote work arrangement’, the email said.

The email read: We are working on the details and process for longer-term remote work agreements, and will have more to share on the program and how to apply soon.’

It also said that they are beginning planning a different ‘layout for space to accommodate flexible work schedules’ and keep to social distancing measures.