After murdering his young girlfriend, Adam Margolis typed out an email to three church friends confessing and asking them to look after his cats.

Mai Yia Vang was just 26 when she was choked to death by Margolis, who claimed he killed her in the middle of an intense PTSD flashback.

He claimed that after coming out of the flashback and realising what he had done, he decided he would take his own life too.

In the Bendigo house after Ms Vang’s death in February 2018 Margolis, 41, replied to text messages from her sisters, pretending to be her.

He then wrote a 12-page email to three acquaintances telling them what he had done. He set the email to send after seven hours.

Margolis claimed he had been left with two choices – to ‘let her go and have her hysteria explode to something involving screaming’ or to continue.

‘I will not say anything further about this other than to say I feel more dirty than I ever have in my life and that I was continually saying I’m sorry whilst it happened,’ he wrote.

‘I also did everything humanly possible to minimise her suffering, cutting off the blood, rather than suffocation.’

Margolis denied it was a true confession, saying he thought if he had admitted that it was his fault the church acquaintances might be more likely to care for his cats.

One of the email recipients contacted police about its contents. Police went to Margolis’ California Gully home and found him on the floor. He pointed them to Ms Vang’s body in a bedroom. 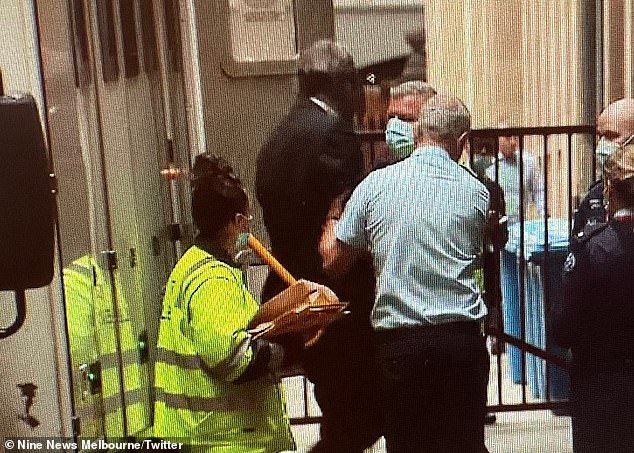 Three years ago Adam Margolis murdered his girlfriend, strangling her just a week after she moved into his Bendigo home

Margolis was convicted of murder by a jury after a two-week trial.

Her father felt as if he had failed his daughter by not protecting her, while her mother said her world had become dark.

‘You left me behind,’ she said.

Justice Beale said Margolis had a history of mental health issues and had said his PTSD was the result of abuse suffered at the hands of his mother and stepfather. 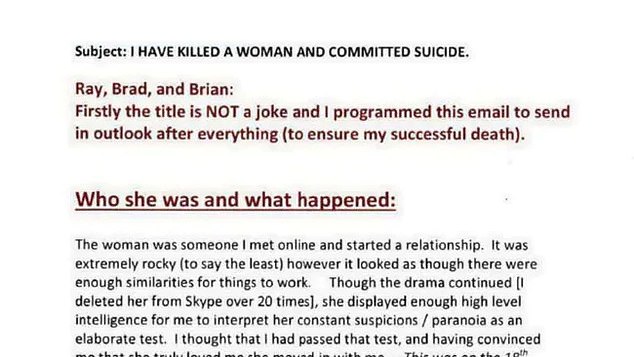 He wrote a 12-page email to three church acquaintances, telling them he had killed a woman and planned to take his own life – but he needed to make sure someone would look after his cats first

Margolis described his mother as a sociopath and his stepfather as an unadulterated psychopath who had tried to kill him twice.

The judge said Margolis’ brother had corroborated some of the allegations he made about the childhood abuse.

But a statement from Margolis mother – who has since died – noted he had a troubled youth and had been diagnosed with borderline personality disorder and PTSD by psychiatrists when he was younger.

Margolis continues to blame Ms Vang for her death. He had told a pre-sentence hearing in Victoria’s Supreme Court that it was ‘staggeringly difficult’ for him to be around murderers in prison.

Justice Beale sentenced him to 23 years behind bars, ordering he serve at least 17 before he’s eligible for parole.