Two Australians including a frail man with a heavily taped arm have been rushed off a mercy flight from India and into an ambulance.

Ambulance crew wearing masks and gowns could be seen wheeling the man onto a waiting ambulance at Adelaide Airport after 374 Australian citizens arrived on a Lion Air repatriation flight from Chennai via Denpasar in Indonesia on Monday morning.

Another woman was pictured strapped into a stretcher and being taken by health workers to an ambulance in front of the airport.

A South Australia Police spokesperson told Daily Mail Australia passengers were treated for pre-existing medical conditions which were unrelated to the coronavirus.

Authorities said one female passenger had a chronic illness but did not show any symptoms of COVID-19. 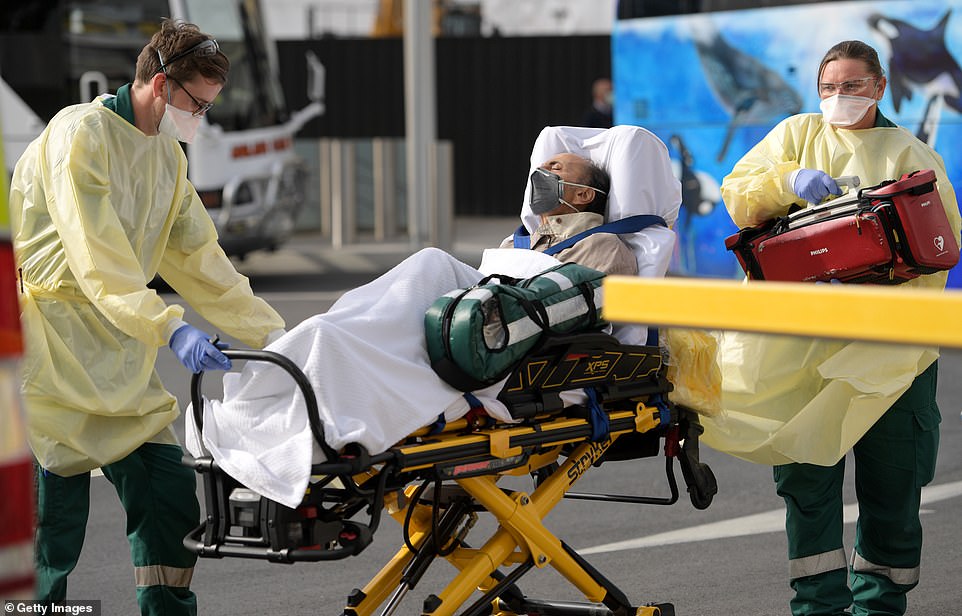 About six passengers are understood to be being taken to hospital for reasons not related to the virus, The Adelaide Advertiser reported.

Those on-board will be quarantined at the Pullman Hotel in the city’s CBD for 14 days and tested for the coronavirus.

Another flight carrying about 400 passengers, which is expected to leave from the Indian city of Mumbai, will arrive in Adelaide on Tuesday at 8am.

SA chief public health officer Nicola Spurrier said the arrivals would be tested after they disembarked and monitored daily for symptoms.

‘We will not be risking the health and wellbeing of our population,’ she said.

‘Given the excellent results we’ve seen in terms of limiting the spread of the virus in South Australia, we’re taking the security of these people extremely seriously,’ Mr Stevens said. 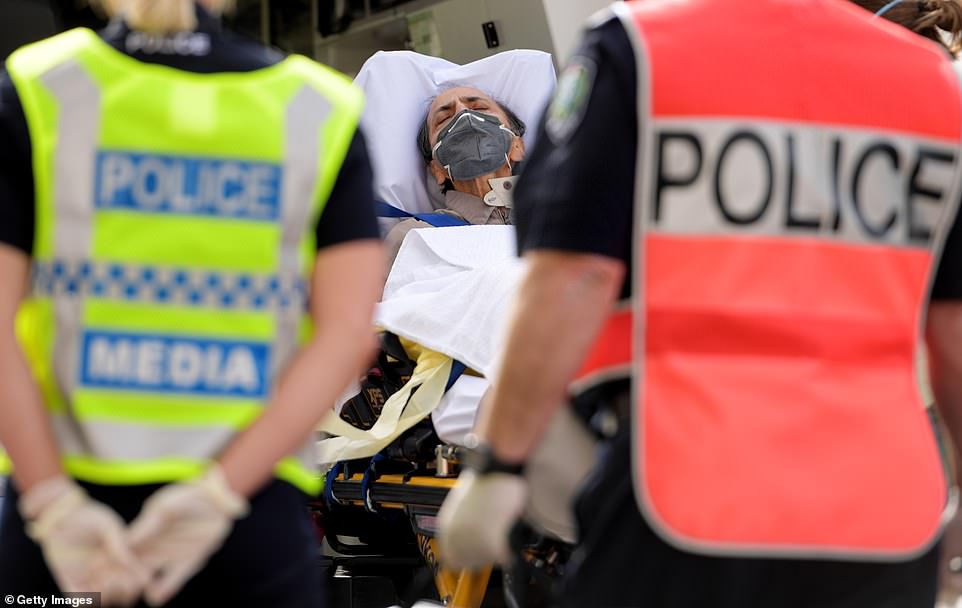 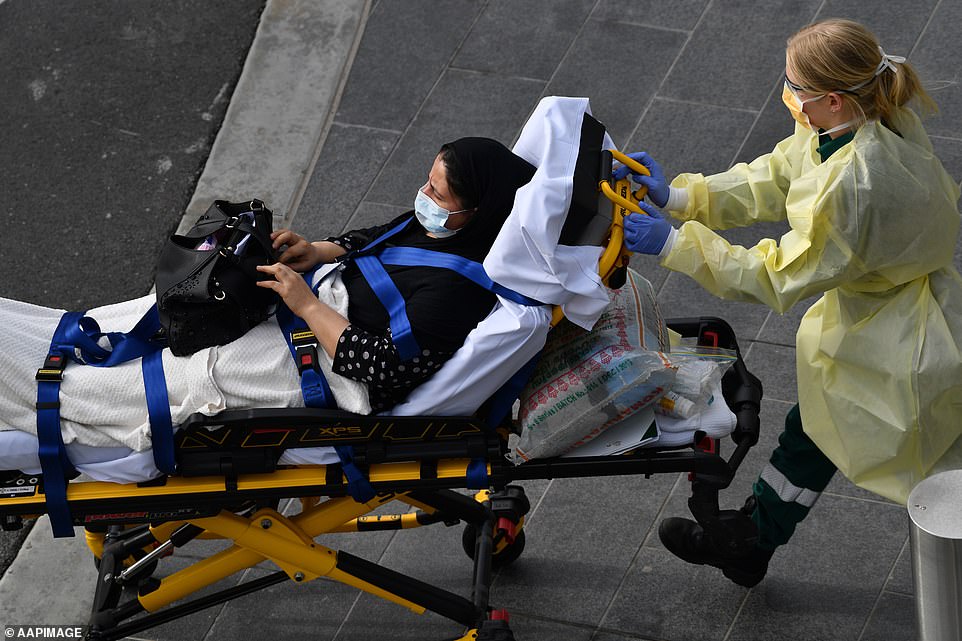 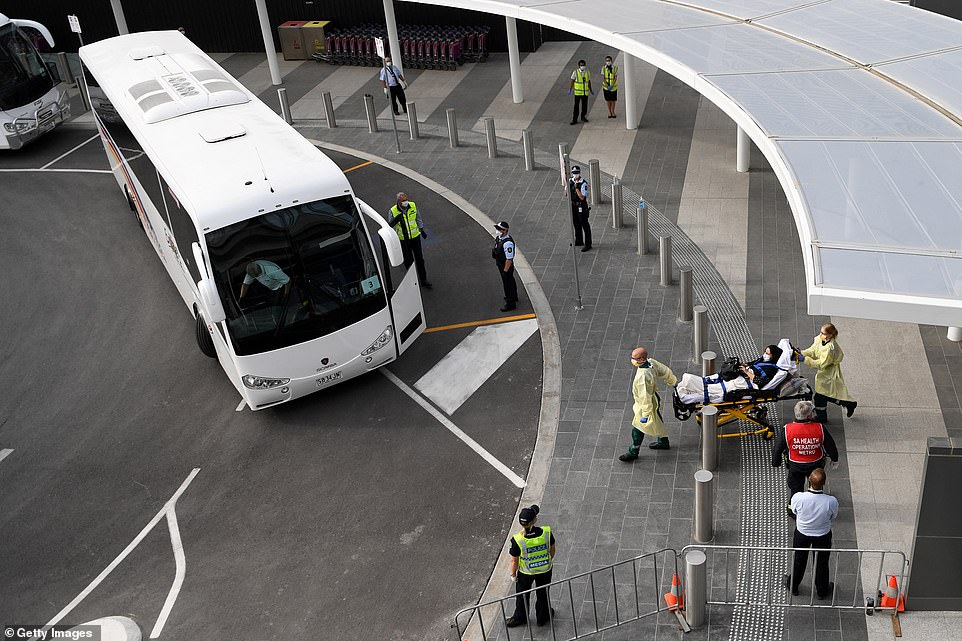 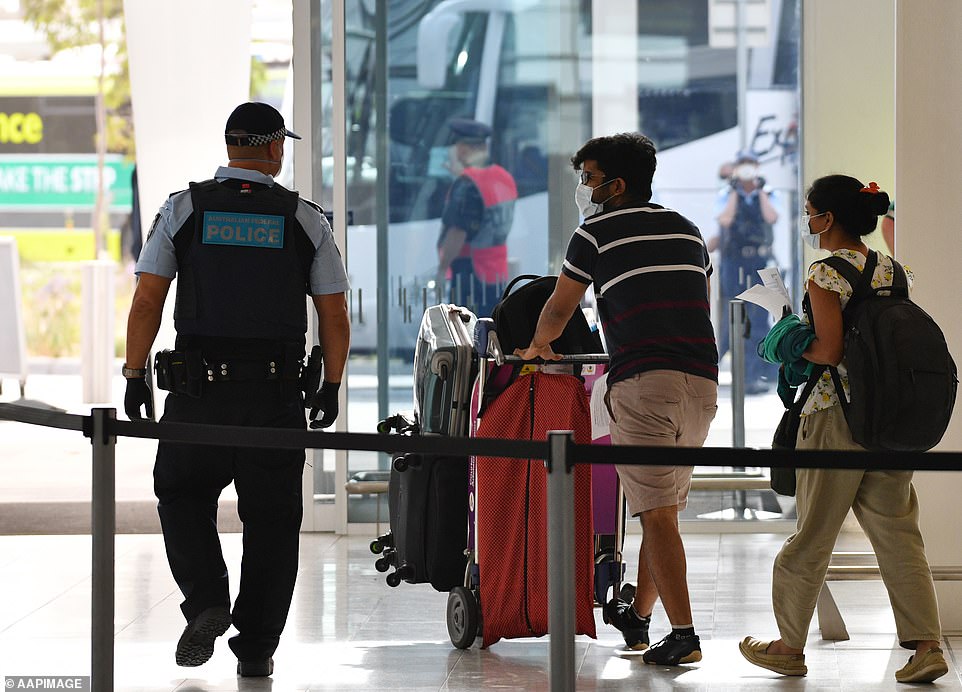 ‘I think we can say we’re not losing the war,’ Professor Spurrier said.

‘We’re in a really good place in South Australia.

‘We’ve got very, very high testing rates and that’s partly because of SA Pathology being able to provide it but also because South Australians are coming forward and getting tested at the right time.’ 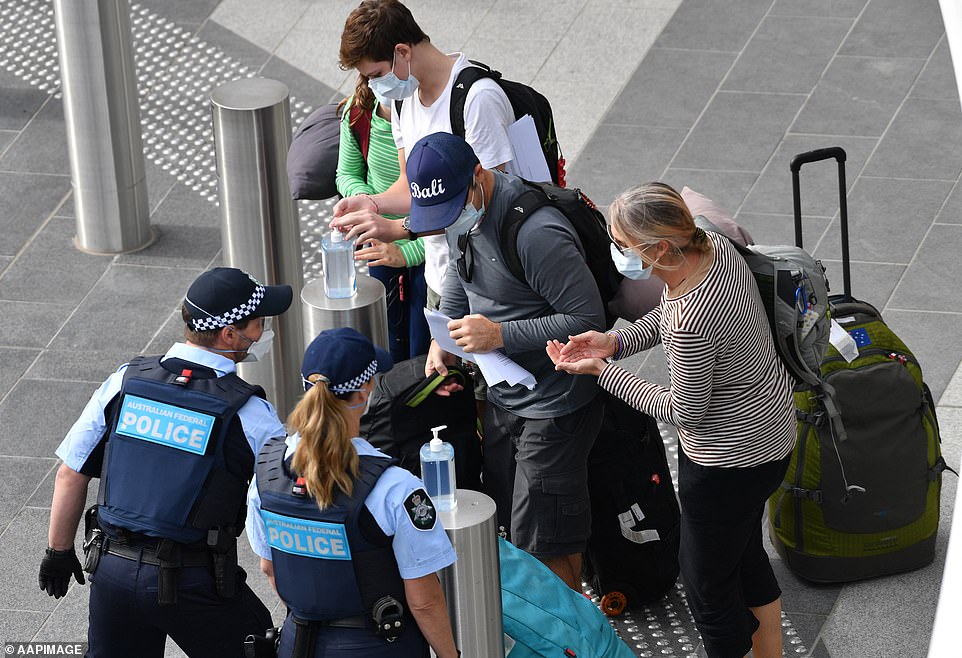 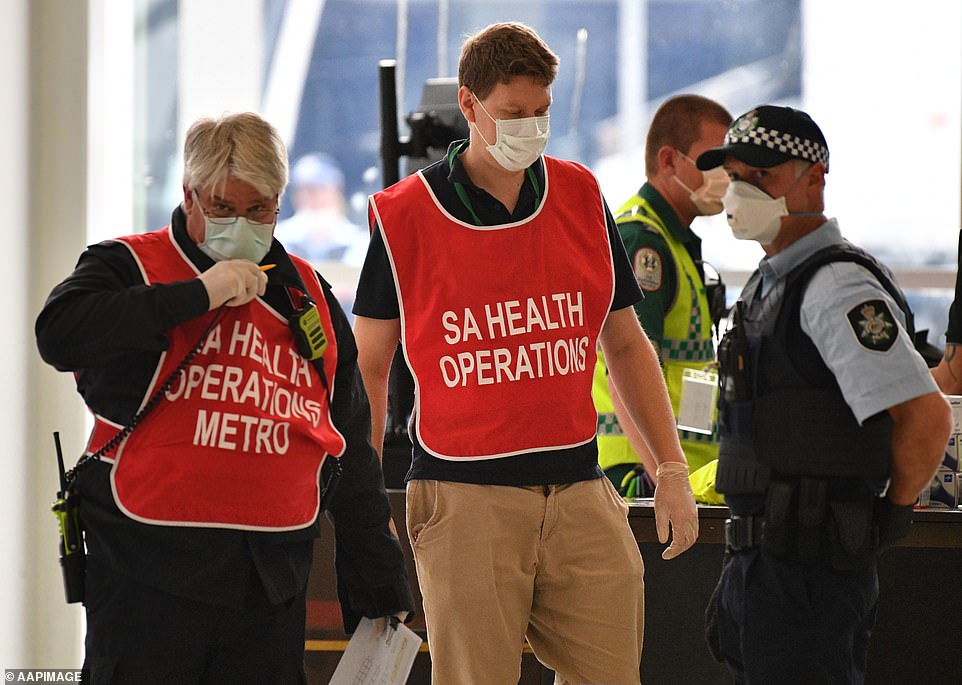 Those quarantined meanwhile will have to stay in their rooms for the duration of their 14-day stay – many of whom have arrived in Adelaide from interstate.

The arrival of the repatriation flight on Monday was part of an interstate operation to bring home Australians stranded overseas during the coronavirus pandemic.

It comes as Australia’s falling coronavirus infection rate sparks calls for a loosening of lockdown rules, but experts warn restrictions must stay until after winter. 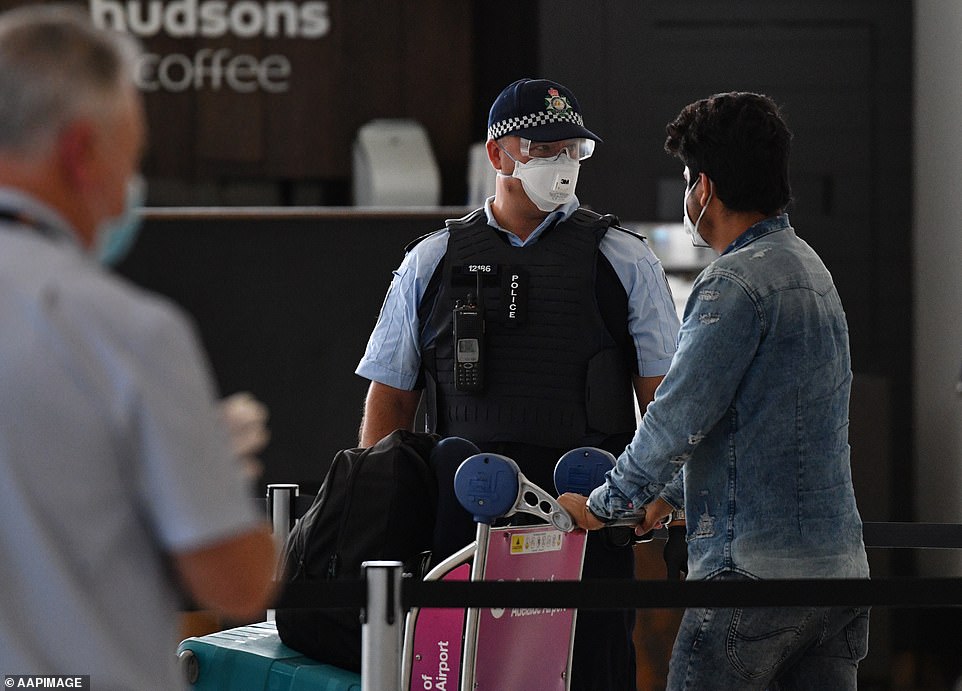 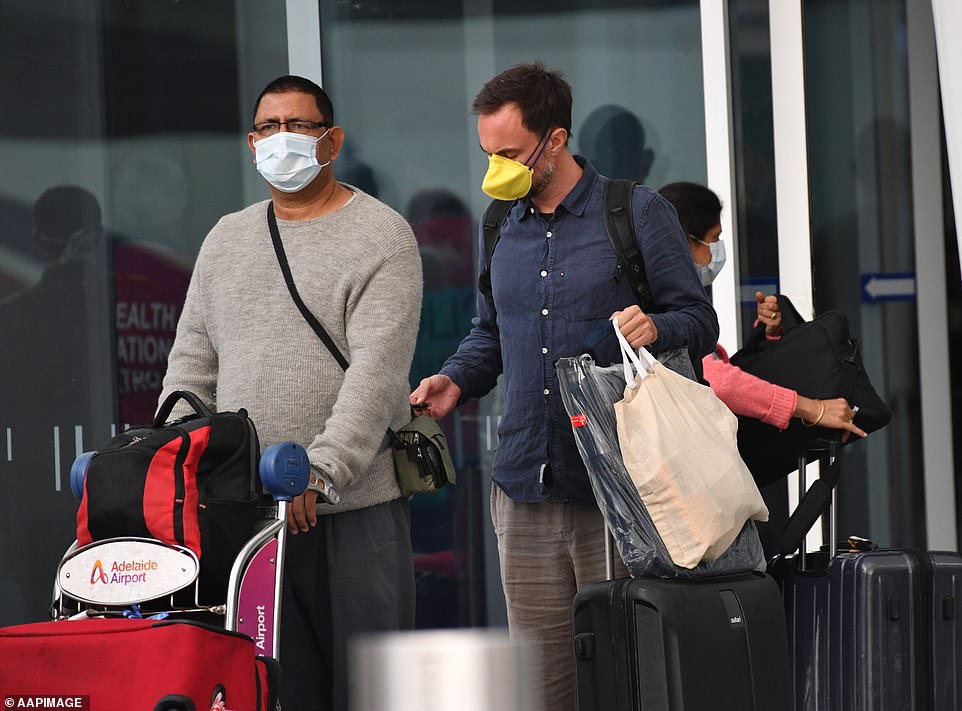 South Australia, the Northern Territory and the Australian Capital Territory all reported no new cases of coronavirus over the weekend.

Queensland also reported no new diagnoses of COVID-19 for the first time in more than two months on Monday.

SA Health Minister Stephen Wade said it was too soon to remove border controls but other restrictions would ease in the next few weeks, including for elective surgery.

‘The border control will not be the first wave of restrictions eased. We’re going to be very cautious as we ease back on these restrictions,’ he told ABC News on Sunday. 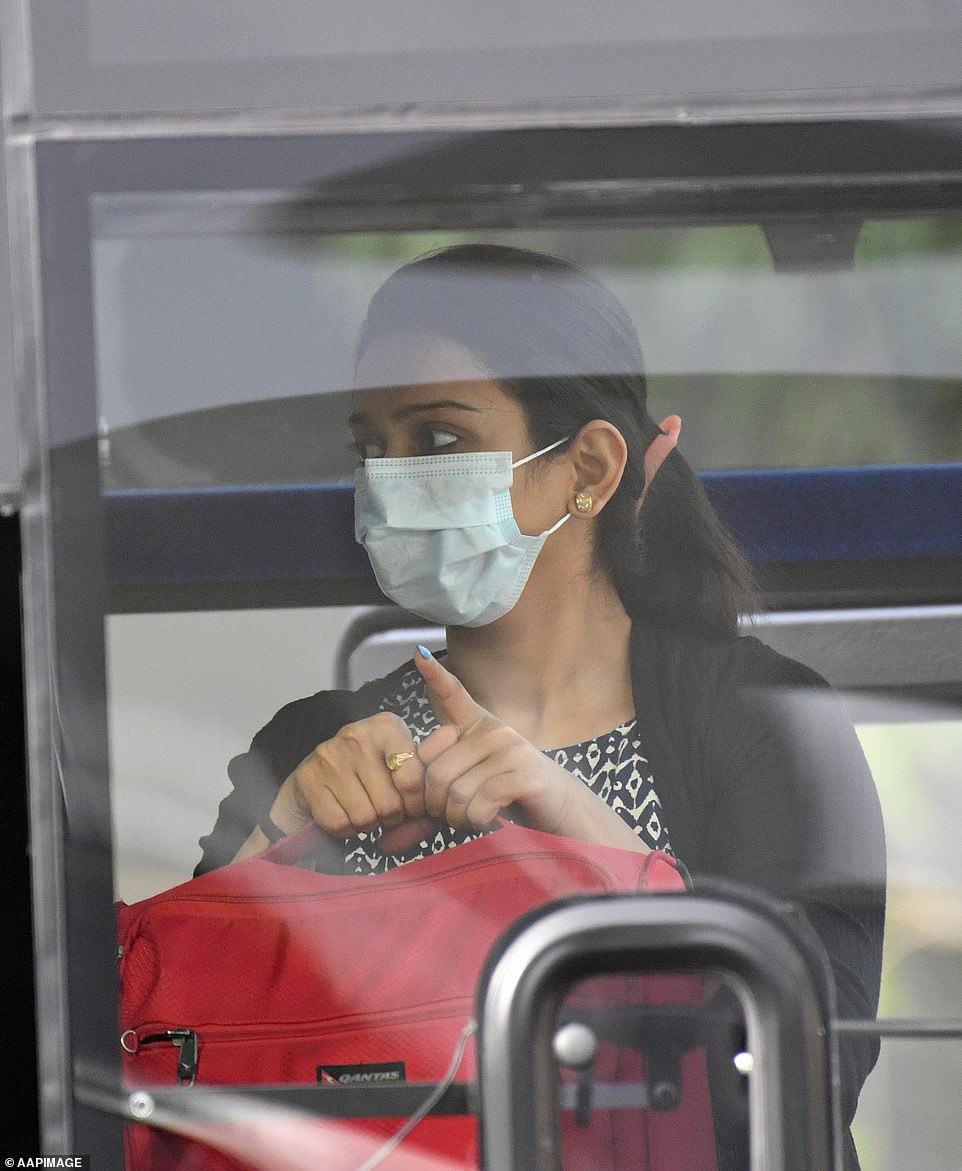 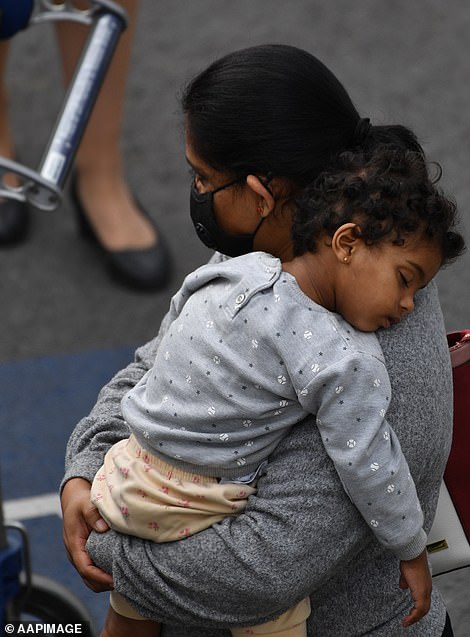 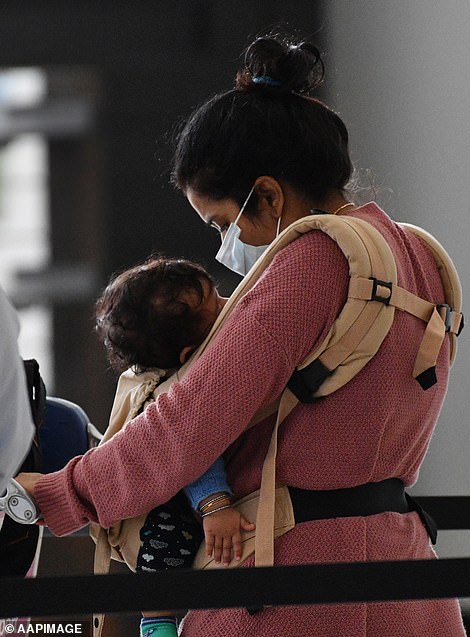 For Queensland it is the first time in 81 days that there are no new cases and leaves the state’s total at 1019.

Just 20 people are in hospital in the sunshine state, with seven of them in intensive care on ventilators.

The Northern Territory, with a population of 245,600, had just 28 cases as of Sunday and no deaths.

‘The Northern Territory is in a unique position, it’s one of the safest places in the world — we want to keep it that way,’ Health Minister Natasha Fyles said.