EXCLUSIVE: Shocking moment an unlicensed taxi driver and illegal Indian immigrant mounts a footpath and runs over a passenger who complained the cabbie didn’t know where he was going

A taxi driver fed up with being told where to go has been captured on CCTV footage running down his passenger and then driving off.

Amenpreed Ratol, 33, of Williams Landing should never even have been behind the wheel of the Melbourne taxi cab after previously having his taxi licence suspended.

The Indian national was also living in Australia illegally after overstaying his student visa.

Amenpreed Ratol, 33, of Williams Landing ran over Trent Atkinson after an argument about directions. This wanted poster was put out for his arrest 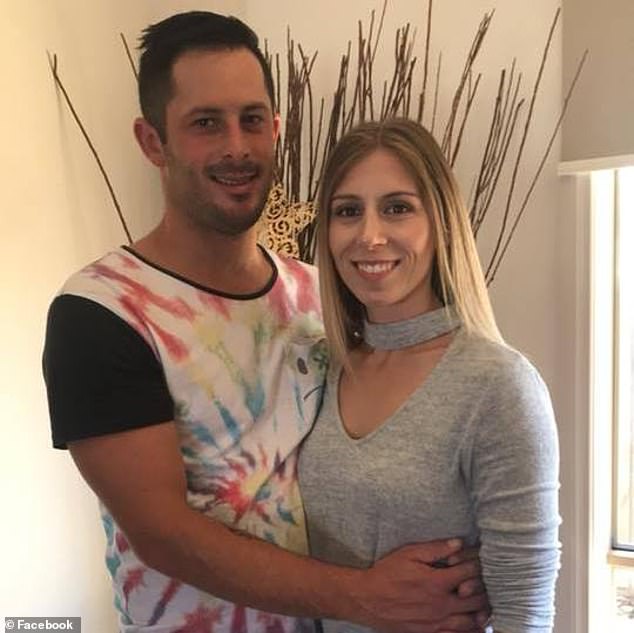 Trent Atkinson and his wife Rhagan, who provided medical attention to her husband’s broken leg

Shocking CCTV footage captured from a business on Flinders St, in Melbourne’s CBD, captured the moment Ratol mounted the footpath and mowed down Trent Atkinson from behind.

Prosecutors accepted Ratol was ‘flustered’ after an argument over directions and hadn’t realised his tyres where pointed toward the footpath when he accelerated at Mr Atkinson.

Ratol pleaded guilty to driving in a manner dangerous, recklessly causing serious injury and failing to stop his vehicle after an accident.

Crown prosecutor Phil Raimondo confirmed it was accepted by the director. 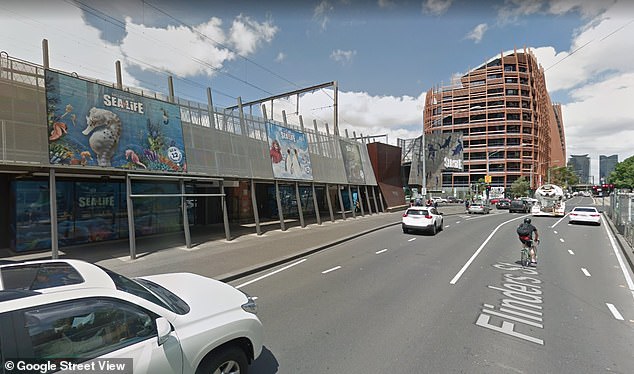 Family members of Mr Atkinson could hardly believe their eyes after viewing the harrowing footage at the County Court of Victoria.

It was the night of Mr Atkinson’s sister’s 21st birthday party in 2016 when he made the unfortunate mistake of hopping into Ratol’s taxi with his wife-to-be and two mates.

They got in a south bound taxi rank on King Street, near the corner of Flinders Street, and asked to go to Cranbourne.

Mr Atkinson got into the front passenger seat and the others got in the back.

When Ratol turned left onto Flinders Street, Mr Atkinson told him he was going the wrong way.

Ratol made a U-turn and began to drive west along Flinders Street when an argument broke out over which way to go.

Fed up with dodgy taxi drivers, Mr Atkinson asked Ratol to pull over and let him out.

When he refused to stop, the frustrated passenger pulled up the handbrake near the Melbourne Aquarium. 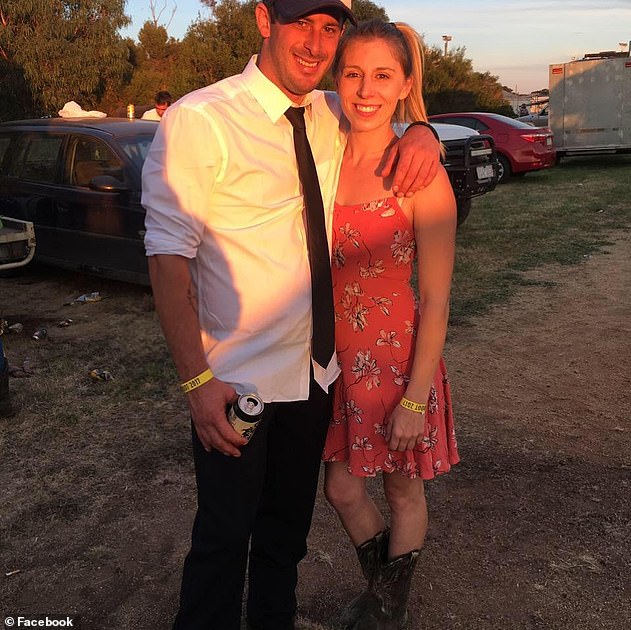 As his mates jumped out of the back, Mr Atkinson asked Ratol for his name so he could make a complaint.

Mr Atkinson then grabbed the driver identification card from the dashboard of the car.

A struggle ensued until Mr Atkinson wrested the card from Ratol’s grip and got out of the cab.

He was two metres onto the footpath when Ratol ran him down.

Mr Atkinson’s then girlfriend Rhagan and two mates helped save his life.

The sickening incident left the 31 year old horse trainer with tyre marks across his shoulder and shattered his left leg to pieces, leaving bone exposed.

The front left wheel of the taxi narrowly missed running over his head.

Ratol drove off and only came forward after a wanted poster was published by police looking for him.

He has already spent 383 days in jail while awaiting sentence, which is expected to take place next month.

Meanwhile, Mr Atkinson continues to struggle to regain his life and has not been able to return to his previous job working within the racing industry.