A Republican lawmaker from Pennsylvania said on Sunday that he is still considering running for a third term in the Senate even though he’s an advocate for term limits in Congress.

Pat Toomey said he hasn’t give himself any term limits, even though he previously co-sponsored legislation that would put term limits on those serving in the House and Senate.

‘Very quickly, your political future, I saw some speculation, you’re thinking about that while you might not run for U.S. Senate again, you might run for governor in 2020,’ NBC News anchor Chuck Todd asked Toomey.

‘And I may run for U.S. Senate again, I have not made–’ Toomey began to say before he was cut off by the morning show host.

‘Oh, you haven’t ruled out anything?’ Todd asked.

Pennsylvania Republican Pat Toomey said Sunday morning that he isn’t ruling out running for his Senate seat to clinch a third term in 2022, even though he is an advocate for congressional term limits 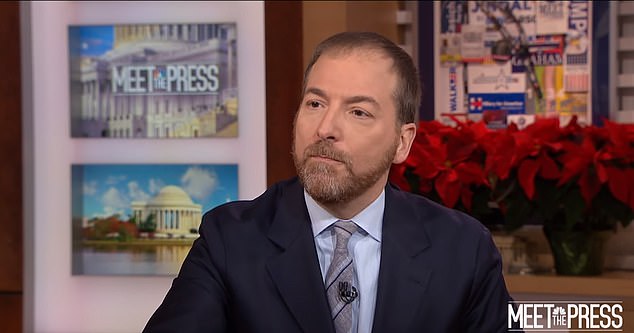 MSNBC anchor Chuck Todd (pictured) was confused by this. ‘I thought you were a term limit guy,’ Todd said to Toomey. ‘Um, I have not imposed term limits on myself,’ the lawmaker said

‘I thought you were a term limit guy,’ Todd said.

‘Um, I have not imposed term limits on myself,’ Toomey insisted.

‘Congress should not be a body of career politicians,’ Toomey said in a press released regarding the legislation in January 2015. ‘That is why I joined Senator David Vitter (R-La.) in introducing legislation that would establish term limits for members of Congress.’

‘I believe term limits would encourage more people to run for office and produce a more diverse group of representatives with valuable real-world experiences,’ he continued.

Toomey served as a representative for Pennsylvania’s 15th congressional district from 1999 to 2005 – but he did not seek a fourth term because he made a pledge not to do so while running for the position in 1998. 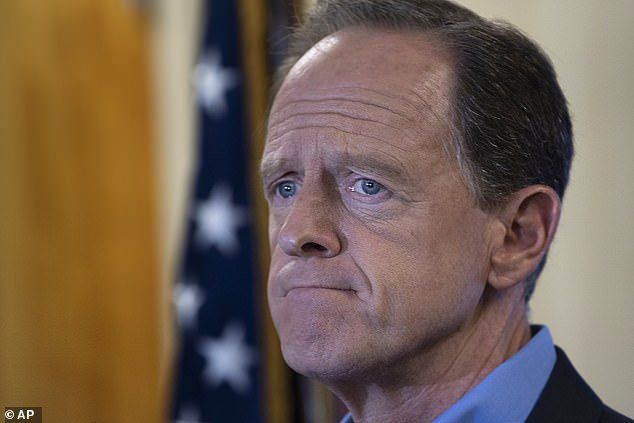 Previously, Toomey has co-sponsored legislation that would change the U.S. Constitution and impose three-term limits on members of the House and two-term limits on senators. He only served three terms in the House for PA’s 15th district to keep his promise on term limits

In 2010, he won election to represent Pennsylvania in the Senate and we reelected for his second term in 2016.

Although Toomey believes senators should only serve two terms in the Senate, he isn’t imposing that same rule on himself.

Last week, speculation began to swirl that the Pennsylvania lawmaker was eyeing the governor’s mansion in 2022 rather than running for Senate reelection – a rumor that was further exacerbated by his belief in term limits.

‘I’ll be thinking a lot more about my own political future after the election next year,’ Toomey told The Philadelphia Inquirer earlier this month when asked about his plans for 2022 and beyond.

Toomey is one of the 53 Republican senators who will over see the impeachment proceedings when it reaches the upper chamber at the start of the new year.