Congressman says Republicans are retiring in fear of assassination

Republican congressman Mo Brooks has suggested that many of his colleagues are retiring because they are afraid of being assassinated.

He made the suggestion on Saturday during a radio interview on the Dale Jackson show and cited the recent resignations of Sen. Jeff Flake, Reps. Ryan Costello, Pat Meehan, Dennis Ross and Tom Rooney.

He did not mention him by name but Speaker Paul Ryan has also recently retired.

Their fears stem back to a shooting at a congressional baseball practice last year when Majority Whip Steve Scalise was left in a grave condition after being wounded by a Trump-hating, Democrat gunman.

Brooks was at the practice as was Flake and the others.

Rep. Mo Brooks said many of his colleagues are retiring in fear of being assassinated. He was at the June 2017 congressional baseball practice where a Democrat gunman opened fire on the politicians

‘We have multiple rings of security, plainclothes, uniform, Capitol Police, other police.

‘There was a medical vehicle nearby just in case there was a copycat.

‘One of the things that’s concerning me is the assassination risk may become a factor,’ he said on Saturday of the heightened security risk.

The increased threat to congressmen and women is not limited to those who were at the baseball practice, he went on.

‘I have a congressman who is a friend here who has a three-year old daughter whose daughter was threatened with murder. 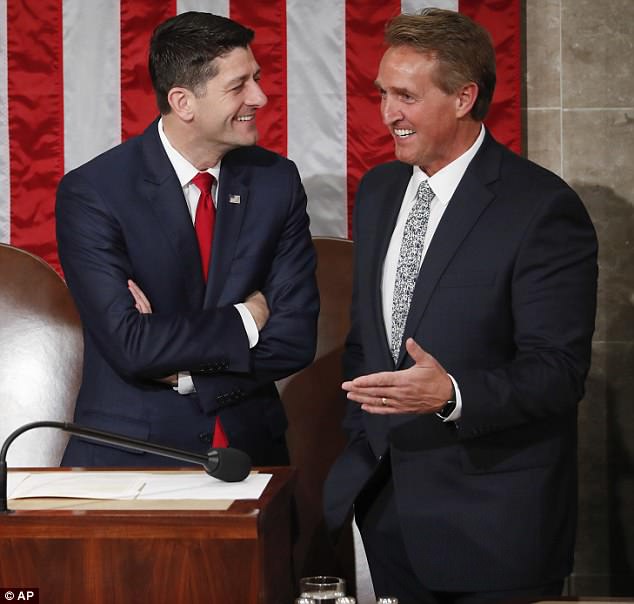 House Speaker Paul Ryan and Sen. Jeff Flake are both retiring from congress. Flake was at the shooting last year

‘Notice a trend here?’ he said. 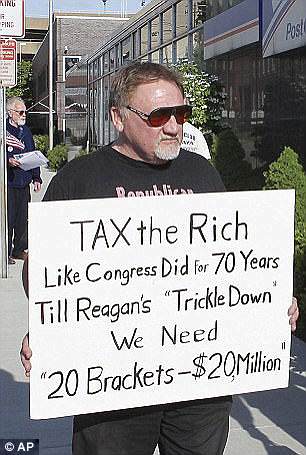 Gunman James Hodgkinson was passionately anti-Republican and had been planning his attack for weeks. He was killed by the protection officers who were accompanying the politicians

Brooks conceded that none of the retirees would likely admit it, but that it seemed disproportionate.

‘I don’t think any of these people who are retiring would say that, but just looking at the numbers.

James Hodgkinson, the gunman from last year’s shooting, was passionately anti-Republican and has spent weeks stoking out the location of the practice in Alexandria, Virginia.

He was shot dead by some of the protection officers who were accompanying the congressmen.

In his interview on Saturday, Brooks said he was concerned about the apparently growing number of ‘leftists’ who think political issues can be resolved through gun violence.

‘There are a growing number of leftists who believe the way to resolve this is not at the ballot box but through threats and sometimes through violence and assassinations,’ he said. 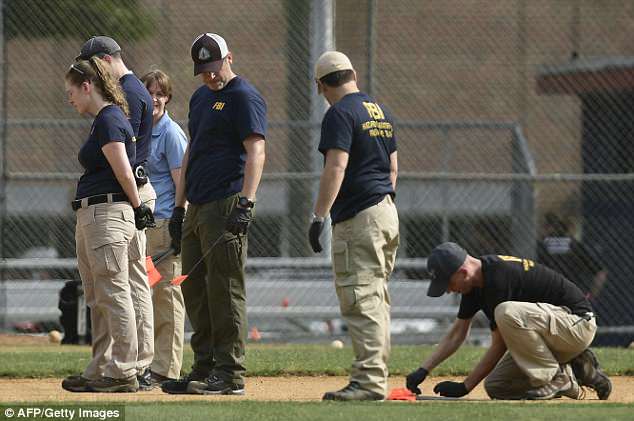 FBI investigators at the scene of the shooting on June 14, 2017, in Alexandria, Virginia