Unrepentant conmen are caught red-handed ripping off HUNDREDS of Australians as $250,000 a day Philippines scam factory is shut down

A group of brazen fraudsters have been caught ripping off hundreds of Australians in a sophisticated investment scam.

Dramatic footage captured the moment the Philippines Police Force special operations unit raided the Manila-based headquarters of the international scam operation to shut it down and make a series of arrests.

It follows an extensive investigation into the scam where fraudsters cold-called hundreds of Australians offering a deal on fake shares in real companies.

Victims were promised their money would be deposited in Australian bank accounts in a scam Mr Gamble described as ‘transnational organised crime at the highest level’.

A whistleblower who used to work for the company claimed he was given a list of 200 Australians a day and earned up to USD$11,000 in commission each week.

He admitted Australia was targeted because it was where they had the most success with the office claiming up to $250,000 of Australians’ hard-earned savings per day.

‘I heard too many stories of hearing customers complain they lost their life savings, they lost a house, their family’s gone, they’re homeless because of someone just like me,’ he told 60 Minutes.

The scammers made no apologies for their actions when they were busted by police.

‘They fall for these scams because they are stupid,’ one told 60 Minutes. 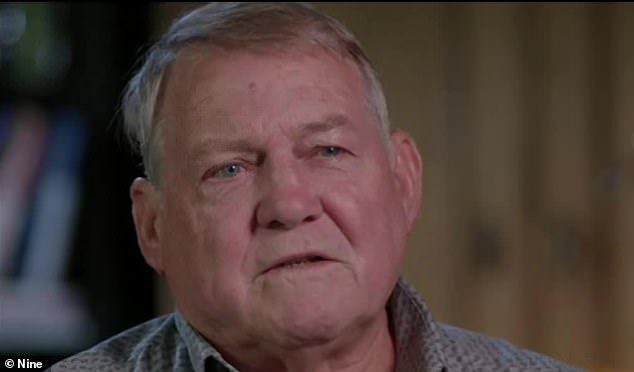 Hundreds if Australian lost their life savings in the scam, including retiree Ken Briggs

Among the hundreds of Aussies ripped off was retired Queensland bus driver Ken Briggs, who got sucked into a deal that he thought was too good to refuse.

He lost his entire life savings in the scam, including $60,000 within a month.

‘There is a really big sense of disappointment in myself because I just can’t understand that I couldn’t see through it in the first place,’ Mr Briggs said.

In the NSW Riverina district, milkman Robert Caughey, 69, was stung by the same scam and lost $350,000 in superannuation.

Others conned by the scam included a psychologist, small business owners, farmers, architects, a toxicologist and many retirees. 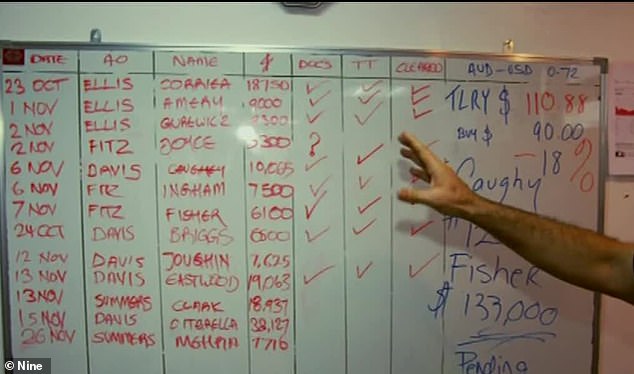 A whiteboard in the Manila office showed the names of some of the Australians ripped off in the scam, including Ken Briggs and Robert Caughey

The group of scammers had at least $560,000 sitting in the ANZ bank accounts they were using on the morning of the police raid, according to 60 Minutes.

Those funds have since been frozen.

In 2018, Australians were duped out of over $100 million to scam phone calls, according he Australian Competition and Consumer Commission.

Mr Gamble says he remains committed to recovering the lost life savings of Australians ripped off in the scam.

He has called on the federal government to commit to a solution to the issue, claiming that profits from the scheme likely went towards further crimes. 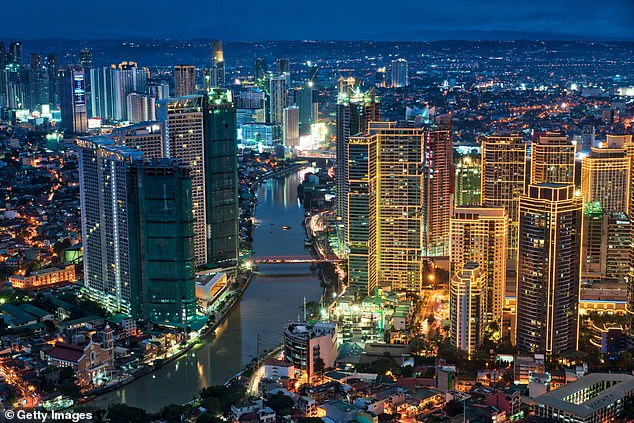 Based in Manila (pictured), the international scam operation made up to $250,000 a day from unsuspecting Australian victims