UFC lightweight champion Conor McGregor has apologised for using a homophobic slur at a recent event whilst consoling his friend Artem Lobov after defeat.

McGregor was filmed saying: ‘I thought you were going to sleep him, all I’m saying, he’s a f****t. I never knew he was a f****t,’ after his sparring partner Artem Lobov lost a unanimous decision to Andre Fili.

‘I’m human, I slip up, I say stupid things every damn day. All I can (do) is hold my hand up and apologise if anyone was offended,’ McGregor said. 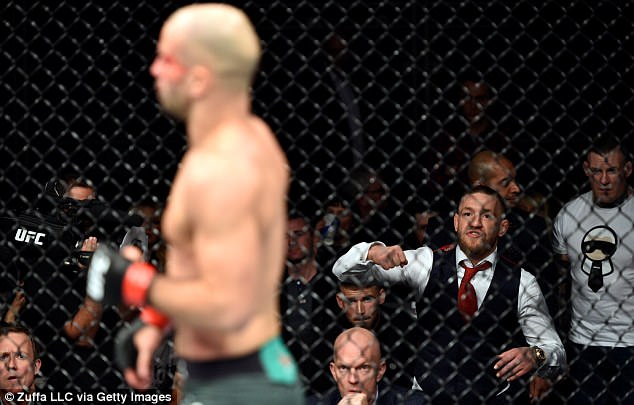 ‘The word used to describe that opponent (Fili) was incorrect and very offensive and I can apologise for that.’

Lobov and McGregor are close and ‘The Russian Hammer’ has helped his team-mate prepare for a number of the biggest fights in his career.

The Dubliner has returned support for Lobov in kind and yelled advice from cage-side during the loss to Fili. Referee Marc Goddard even warned McGregor during the fight itself as he wasn’t an official corner-man. 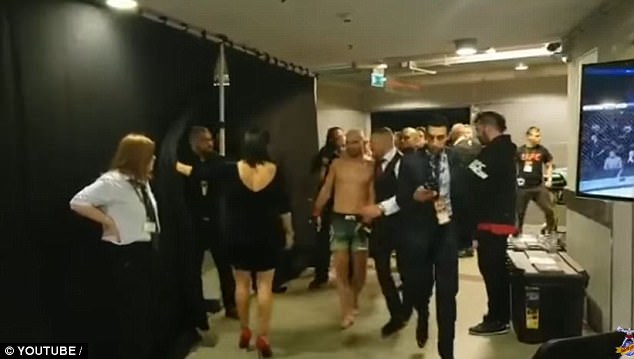 McGregor was overheard speaking to Lobov after the Russian was defeated

During an appearance on RTE One’s The Late Late Show, McGregor attempted to explain his emotions at the time.

‘I witnessed him lose a potential career-ending fight in a manner where the opponent was stalling and running away and I was upset.

‘I was whispering in his ear and speaking on that and I said what I said. I meant no disrespect to … [anybody in the] LGBT community,’ he added. 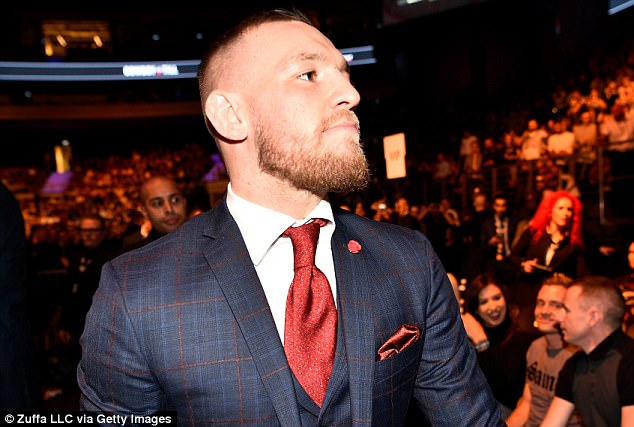