Conor McGregor took to Twitter to host a Q&A on Tuesday night and the Irishman gave answers to some of his fans’ most pressing questions.

McGregor has been out of action since suffering a horrific leg break in his trilogy fight with Dustin Poirier in the summer of 2021.

Asked about the injury, the 34-year-old said it was a ‘distant memory’. 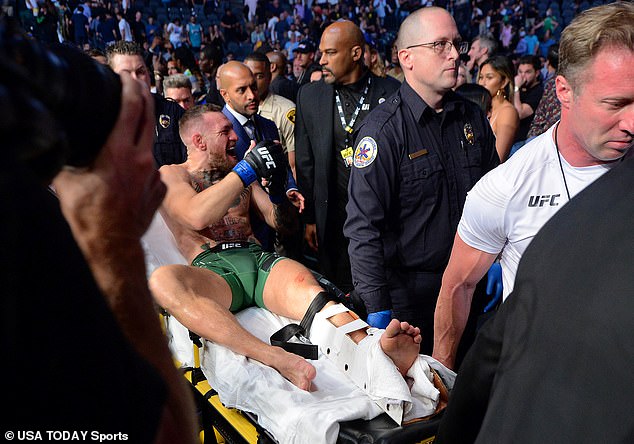 ‘Masterful surgeons and team,’ he continued. ‘Leg is now a lethal weapon’.

McGregor has looked noticeably bigger in images and footage from his return to training.

This has led many to believe that a move up in weight class is what’s next for him.

Asked if his next fight will be at welterweight instead of lightweight, The Notorious replied ‘definitely’.

Welterweight would allow McGregor to weigh in at 170lbs as opposed to the 155lbs he cut down to for his last two fights, both of which ended in defeat.

McGregor is 1-1 at welterweight with a win over Donald Cerrone and a defeat to Diaz.

‘Diaz’ was the answer to another of the questions put to him during the Q&A, that being who was his toughest opponent.

The pair had one of the biggest rivalries in UFC history, both claiming a win over the other.

McGregor also labelled himself the ‘mma goat’ while promising that his comeback would be the ‘greatest in sports history’.

He also predicted an ‘easy’ win for Charles Oliveira over Islam Makhachev in the main event of UFC 280 but insisted he would KO the Brazilian if he fought him. 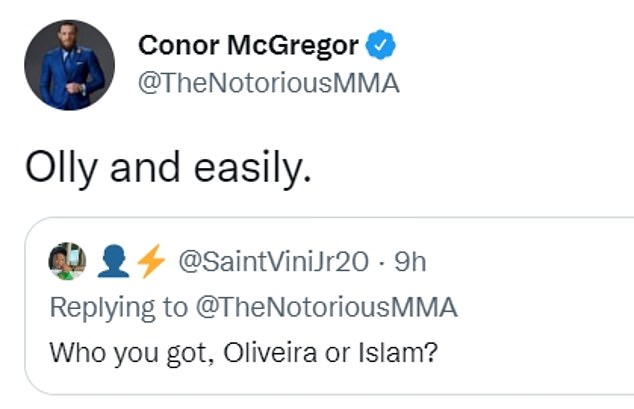 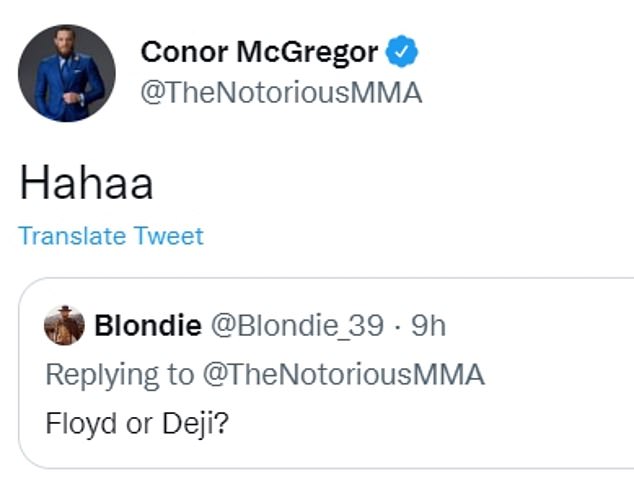