By Tim Stickings and Peter Allen for MailOnline

Conor McGregor said today that ‘I can’t go on like this’ following his arrest on suspicion of attempted sexual assault in France.

The Irish MMA star hit back at a Twitter user who sneered that the UK ‘can have him’ – saying the comments were ‘ridiculing’ him at a ‘horrendous time in my life’.

‘I am trying to stay strong for my kids and the people that rely on me and that love and support me. Thanks for the insults, hypocrite,’ he said, venting his fury at someone who described themselves as a ‘suicide prevention specialist’.

In a subsequent post, he wrote: ‘I can’t go on like this man. I am crushed here.’

McGregor later deleted the posts, a day after it was claimed that he had ‘exhibited his private parts’ to a young married woman in a bar on the island of Corsica. 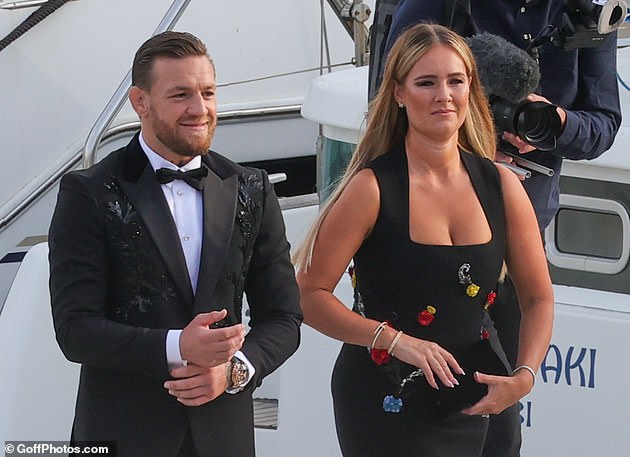 The MMA fighter was in the region to take part in a voyage to raise awareness of water safety. Here he is pictured with fiancee Dee Devlin in Corsica

The UFC fighter is now waiting for the results of ‘key physical tests’ and ‘the examination of film evidence’ before learning whether he will be re-arrested.

A friend of the alleged victim told broadcaster France 3 Corse that McGregor ‘exhibited his private bars’ to the woman as she made her way to the toilets.

McGregor was released without charge, but the criminal case is still active and he could be summoned before a magistrate later this week.

The MMA star’s lawyer Emmanuelle Ramon said the complaint against McGregor was ‘abusive’ and said the Irishman was freed before reaching the limit of police custody.

A spokesman for McGregor sent a statement from the United States saying he ‘vigorously denied any accusation of bad behaviour’.

Conor McGregor (pictured left and right in Calvi, Corsica) is waiting for the results of ‘key physical tests’ and ‘the examination of film evidence’ before learning whether he will be re-arrested over alleged sexual assault and indecent exposure 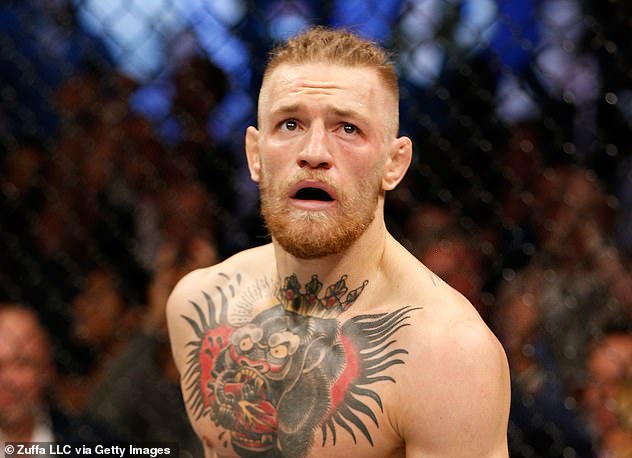 The Ultimate Fighting Championship (UFC) star, pictured in action in 2014, was taken into police custody on the French island of Corsica following a complaint from a young woman

McGregor was taken into custody on Thursday. On Saturday, the prosecutor’s office in Bastia issued a statement saying they had received a complaint ‘denouncing acts that could be described as attempted sexual assault and sexual exhibition’.

The statement gave no details of the alleged offences committed by the 32-year-old McGregor.

McGregor, known as Notorious, has been holidaying in the south of France and was in Corsica preparing for a 110-mile water-bike relay race from Calvi to Monaco.

He was leading a four-member Team Notorious against defending champions ‘Team Serenity’, headed by Princess Charlene of Monaco.

The event is designed to publicise the water safety initiatives of the Princess Charlene Foundation.

McGregor has been posting pictures on social media showing him cruising around the Mediterranean.

On Friday he complained that he had been visited by drug testers sent even though in June he announced his retirement for the third time, after twice returning to UFC.

McGregor is no stranger to controversy, having hit the headlines in 2019 for an attack on an older man in a Dublin bar captured in a viral video.

In 2018 he pleaded guilty in Brooklyn, New York to disorderly conduct after attacking a bus filled with UFC fighters.

McGregor held the UFC title for featherweights from 2015 to 2016 and lightweights from 2016 to 2018 and lost to American legend Floyd Mayweather in August 2017 in a lucrative boxing match.