Constance Hall has told women when to walk away from a bad romance just days after revealing her relationship with her husband is ‘suffering’.

The Australian mummy blogger said after ‘f***ing up’ every romance she’s been in, she has learned when to stay or leave a failing relationship.

The Perth mother-of-seven said women should leave when ‘only one person is prepared to do the work’ to save the relationship, or if a partner has been ‘repeatedly disloyal’.

After learning from her own history of failed romances, she believes one instance of cheating is ‘resolvable’, and said the biggest mistake people make is ‘staying together for the kids’ which causes more damage in the long run.

Constance has been married to her second husband Denim Cooke since January 2018, but share regular insights into their marital struggles, including live streaming a couples therapy session on Facebook earlier this year.

Australian feminist blogger Constance Hall (pictured) has told fans when to walk away from a failing relationship, despite ‘f***ing up’ every romance she has ever had 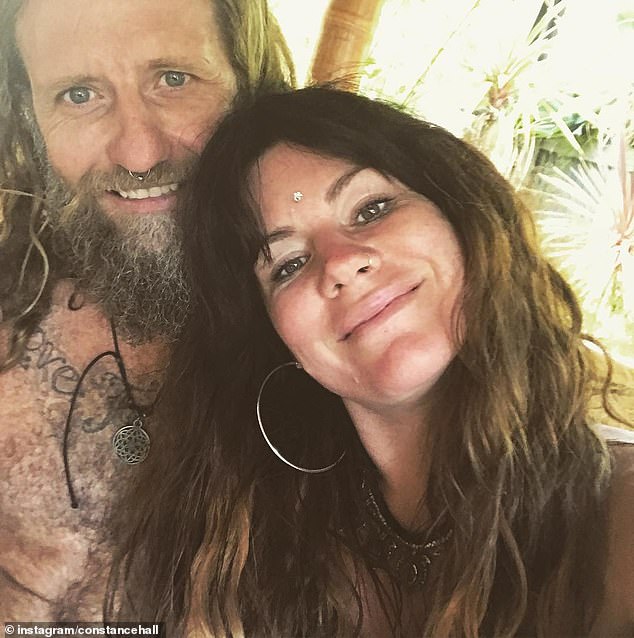 Constance has been married to husband Denim Cooke since January 2018, but shares frank insights into their marital struggles with her legion of followers (the couple are pictured together in 2019)

‘Most of us have that feeling in the back of our minds, and know it’s not working long before it officially ends,’ she wrote in an opinion piece for Mamamia.

‘We just suppress it because facing it would mean confronting this big, scary world all by ourselves, and frankly, humans aren’t into change.’

While acknowledging that ending a serious relationship is one of the hardest things you’ll ever do, Constance believes it’s the only option when consistent cheating, manipulation or different forms of abuse come into play.

‘Everyone’s relationship gets one chance, especially if you got together young. One f**k up – that’s resolvable,’ she said, but added repeated infidelity is proof your partner is ‘using you for security’. 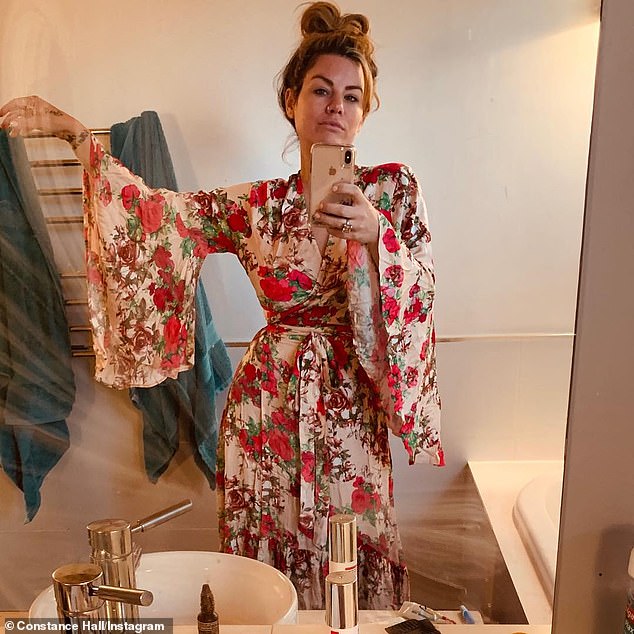 Constance believes most relationships can survive one instance of cheating, but sees repeated infidelity as a sign your partner is simply ‘using you for security’

In her usual style, the straight-talking author urged women to know their worth and recognise when a partner ‘allows you to work twice as much as they do, including child-rearing responsibilities’.

But issues in the bedroom are worth working on, according to Constance, who believes a dead sex life can be revived with hard work and clear communication from both parties.

Last week, Constance revealed her marriage to Denim has suffered because of financial struggles.

In a heartfelt apology about constantly ‘flogging’ her fashion label on social media, she explained her relationship has taken hit under the pressure of running a business and large household. 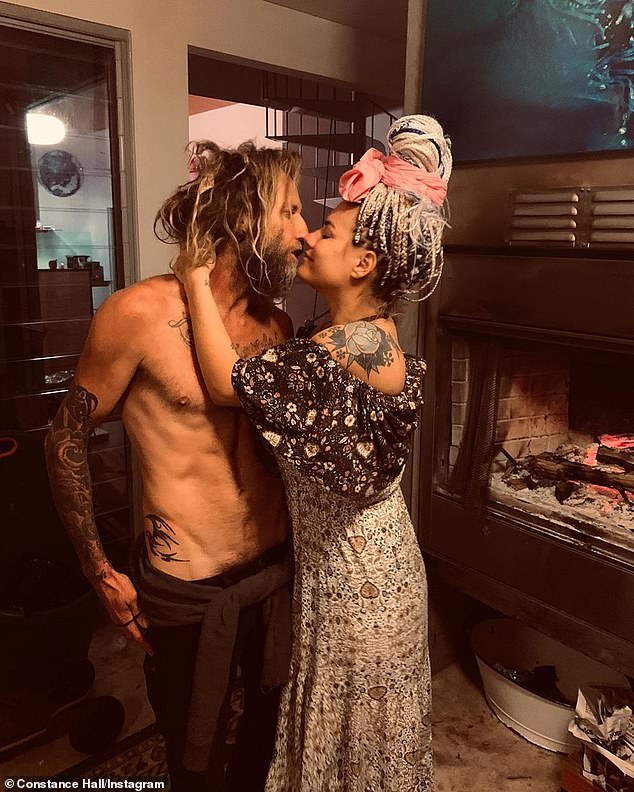 Last week, Constance told fans her marriage to Denim has suffered due to financial pressures

‘I went through a really rough time after Dancing With The Stars financially and knew I had to change everything about my label so that I knew in my heart I was giving you all the best possible products.’

‘Amongst all of this my relationship with Denz really suffered,’ she said.

‘S**t really hit the fan between Denz and I recently, and I’m glad it did, we both needed a wake up call.