A Chinese construction worker has dodged certain death after being impaled by two steel rods during a work accident.

One of the metal bars rammed through his neck while the other speared through his chest after he had fallen onto them in eastern China’s Jiangsu province.

The man survived after both poles had missed his vital organs and main blood vessels, according to rescuers.

Footage released by the local fire-fighting department shows firefighters, paramedics and the man’s colleagues carefully carrying him to an ambulance after he was impaled by steel bars 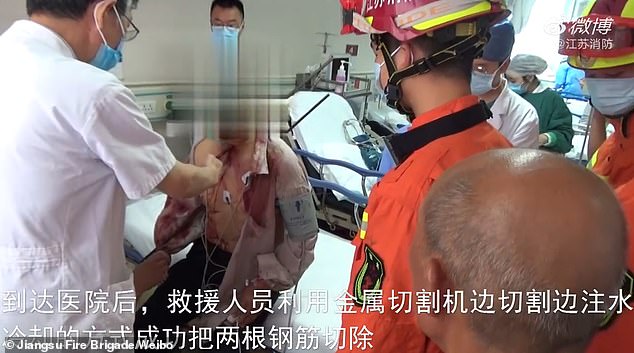 The accident took place on a construction site in Rugao, Nantong, at around 7:30am on July 27, the Jiangsu Fire Brigade said.

Firefighters found that the man was skewered by two beams in crucial areas when they arrived at the scene.

It is believed that the worker, who remains unidentified, had fallen onto the foundation of a building, which is about four metres (13 feet) below the ground. 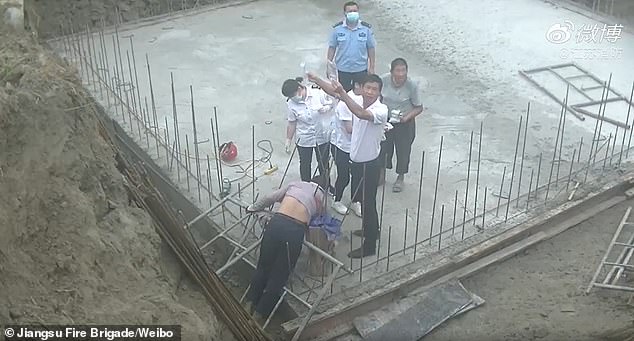 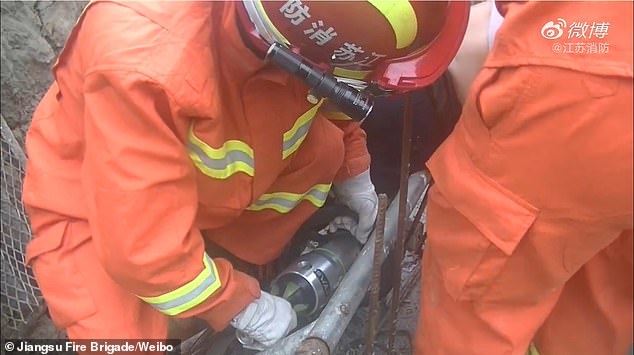 The rod lodged in the neck managed to avoid the artery while the other stuck in the torso penetrated his liver, one of the man’s colleagues claimed.

The rescuers used a metal cutter to free the seriously wounded man from the building site.

They lifted him to the ground level with the help of a digger about an hour after the accident.

A video released by the Jiangsu Fire Brigade shows two officers supporting the injured as the three stood in the bucket of an excavator while being transported. 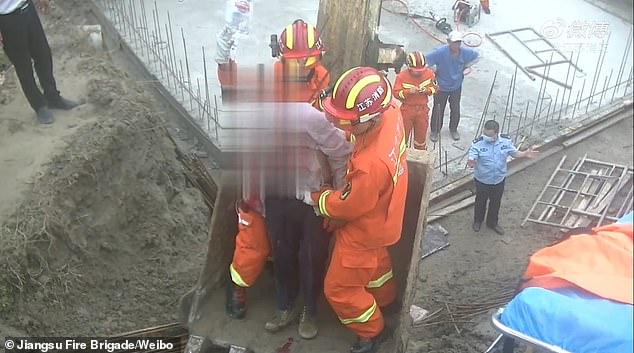 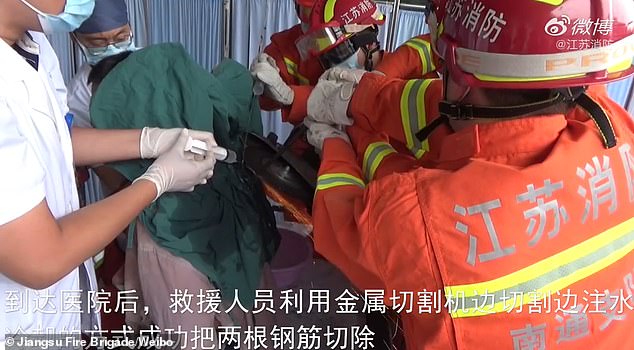 The firefighters, paramedics and the victim’s co-workers carefully carried him into an ambulance, which then sent him to a hospital.

After they got to the hospital, the firefighters successfully removed the sticks from the man using a metal cutter.

While one officer was operating the tool, another officer continued to pour cold water onto the man to help reduce the heat caused by the procedure.

The man is in a stable condition, according to the fire brigade.