Inflation slid to its lowest level for almost three years in August, giving hard-pressed shoppers a welcome pre-Brexit boost on the High Street.

Figures from the Office for National Statistics (ONS) show the Consumer Prices Index (CPI) was 1.7 per cent last month, compared with 2.1 per cent in July.

This was the lowest rate of inflation since November 2016 and the fall was steeper than analysts predicted, having forecast inflation of 1.9 per cent.

The fall came on the back of tumbling computer games prices and a slowdown in price increases for clothing.

Mike Hardie, head of inflation at the ONS, said: ‘The inflation rate has fallen noticeably into August, to its lowest since late 2016.

‘This was mainly driven by a decrease in computer game prices, plus clothing prices rising by less than last year after the end of the summer sales.’ 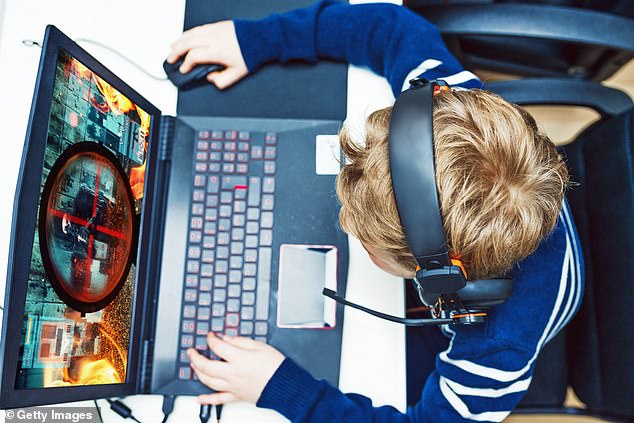 Mike Hardie, head of inflation at the ONS, said the fall in inflation was ‘mainly driven by a decrease in computer game prices’, which had gone up sharply the previous month

Prices for recreation and culture were 0.6 per cent down against the previous month, as it was heavily affected by plummeting prices in the volatile games, toys and hobbies category.

The category – which is heavily impacted upon by the calendar for video games – slid 5 per cent against the previous month on the back of heavy discounting.

Clothing and footwear also contributed to the decline, as prices increased by 1.8 per cent, significantly slower than after the end of the equivalent summer sales period last year.

Alcoholic drink prices saw a slowdown in growth to 0.5 per cent, after beer prices sank by 1.1 per cent and there was a slowdown in inflation in wine prices.

However, food prices increased by 0.6 per cent during the month on the back of rising bread, cereals and meat prices.

‘We’re helping with the cost of living by cutting taxes for more than 30 million people and ensuring that almost a million of our dedicated public sector workers – including our soldiers, teachers and doctors – get above-inflation pay increases.’

The Retail Prices Index (RPI), another measure of inflation, dipped to 2.6 per cent for August from 2.8 per cent in July.

The CPI including owner-occupiers’ housing costs (CPIH) – the ONS’s preferred measure of inflation – was 1.7 per cent in August, from 2 per cent in July.