Conte says he is ‘proud’ of his Chelsea players

Willian put the Blues on course for a euphoric win over the European giants before Messi capitalised on a Andreas Christensen error to score his first-ever goal against the Blues.

The draw leaves the Champions League tie on a knife-edge, though Barca’s away goal makes them firm favourites going into the second leg. 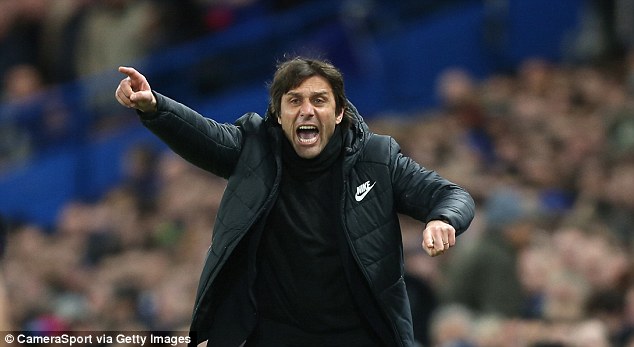 But Cone believes Chelsea’s excellent display on Tuesday night will instill belief in his players that they can complete huge shock in Catalan.

‘We were very close to playing the perfect game. I think we paid dearly for one mistake,’ said Conte.

‘It won’t be easy, we must be realistic because we are talking about Barcelona, and they showed they are a fantastic, strong team tonight.

‘But we showed, too, that if we are ready to work very hard together defensively, but at the same time you continue to have the right feeling when you win the ball and are with the ball to create the chances to score, we can try to do something incredible at the Nou Camp.

‘They followed the plan and the programme we prepared. A coach can have a fantastic plan but, if the players don’t believe in this plan, you are dead.’

Midfielder Cesc Fabregas said after the game that it would be a ‘suicide mission’ for Chelsea to play a defensive game at the Nou Camp in the return leg. 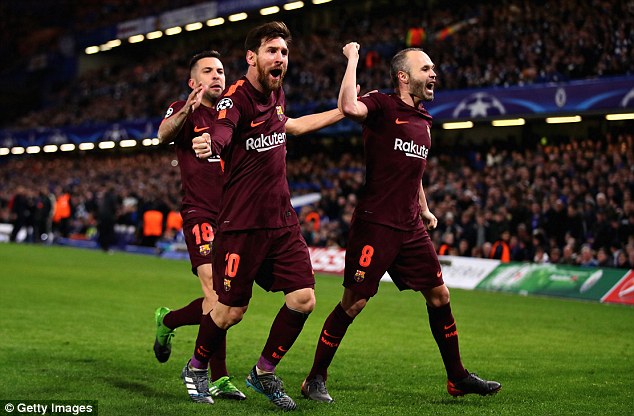 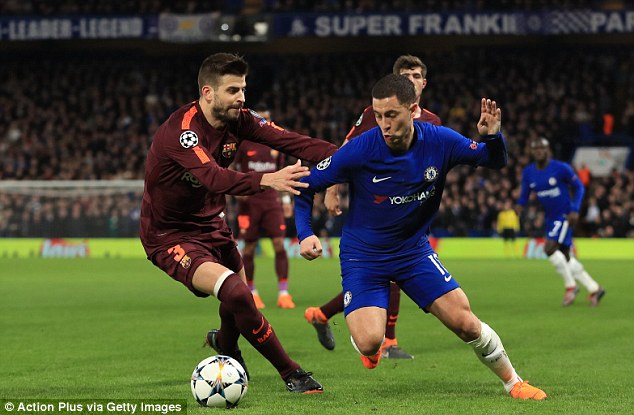 Conte opted to play with Hazard as a false nine, omitting Alvaro Morata and Olivier Giroud

However, Conte said: ‘I think we have to respect the opponent. In this case, when you play against Barcelona you know very well that, if you want to face them box to box, you are crazy. You go to lose the game, not only 1-0 or 2-0, but like it happens in Spain… 4-0, 5-0, 6-0. You must use intelligence.’

‘We are talking about a player who is only 21, 22 years old. It’s great that he’s able to play this game with this maturity and personality.

‘Christensen for me was one of the best players tonight. It’s very difficult to tell one or another, but Christensen played a top game and I’m very pleased with his performance.’