Controversial commentator Bettina Arndt has fired back a critics who have called for her Australia Day award to be revoked.

Ms Arndt, 70, was appointed a Member of the Order of Australia for striving to achieve ‘gender equity through advocacy for men’.

However, many have spoken out against the announcement, calling it appalling and even questioning the legitimacy of the awards.

But Ms Arndt, who has worked as a sex therapist and commentator, spoke out about the backlash, saying ‘feminists are desperate to shut me down’.

‘What this is showing is the poisonous of modern feminism and their determination to shut down anyone who challenges the Orthodoxy,’ she told Studio 10.

The men’s rights advocate, who believes feminism has ‘gone off the rails’, sparked controversy in 2018 when she interviewed convicted pedophile Nicolaas Bester, who sexually assaulted a student while working as a math teacher in Tasmania.

She shared the interview with him online alongside the title ‘feminists persecute disgraced teacher’.

Ms Arndt also claimed evidence of the student’s ‘sexually provacative behaviour’ was shown to a court.

The former journalist said she believed the wording of the award would cause controversy.

‘A lot of feminists, for instance think they own the idea of gender equality, which is all about promoting women at the expense of men, so I was very pleased that they described my work as gender equality through advocacy for men, which is what I’m doing.’ 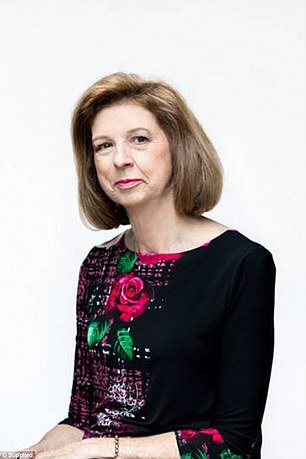 She went on to talk about how she was once the ‘poster woman’ for feminism but stopped advocating for feminism when it started being about ‘demonising men’.

Bester was convicted in 2011 of maintaining a relationship with a young person and sentenced to two years and 10 months in jail.

He was released after serving 19 months but in 2016 he was jailed again for the production of child exploitation material.

His student victim Grace Tame was one of many people who hit out at the commentator’s Australia Day appointment.

‘I believe honouring someone who actively defended a paedophile on a public platform is a blatant example of the protracted, systemic moral corruption that still hampers our society,’ she said.

‘Nothing says “gender equity” like a powerful woman with a platform laughing with a repeat male child rapist about his young female victim using her sexuality to trick him into abuse, right?’ she wrote on Twitter. 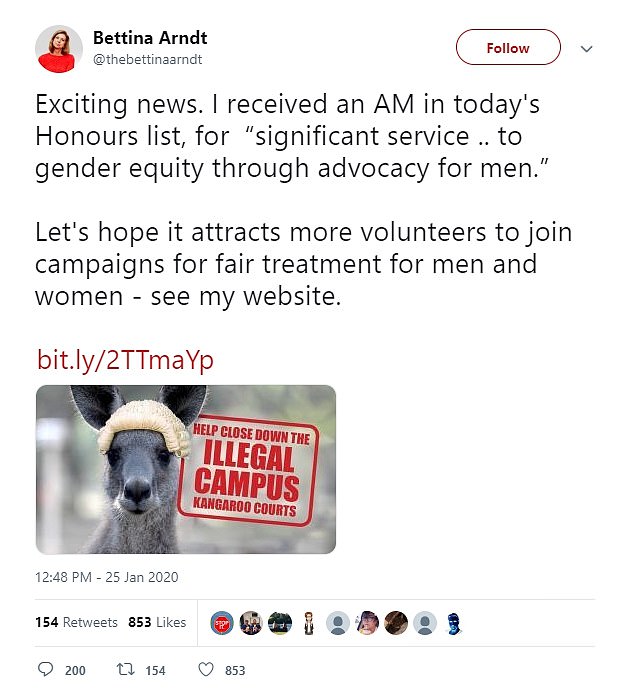 Former Australian of the Year Rosie Batty said she felt ‘sickened’ that Ms Arndt had been given the award.

She said her immediate reaction to the award was ‘one of utter incredulity’.

The campaigner has publicly spoken out about domestic violence after she tragically lost her son Luke when he was murdered by his father Greg Anderson after a cricket training session.

‘It makes me question the legitimacy of the awards system in the entirety across the spectrum,’ Ms Batty told news.com.au. 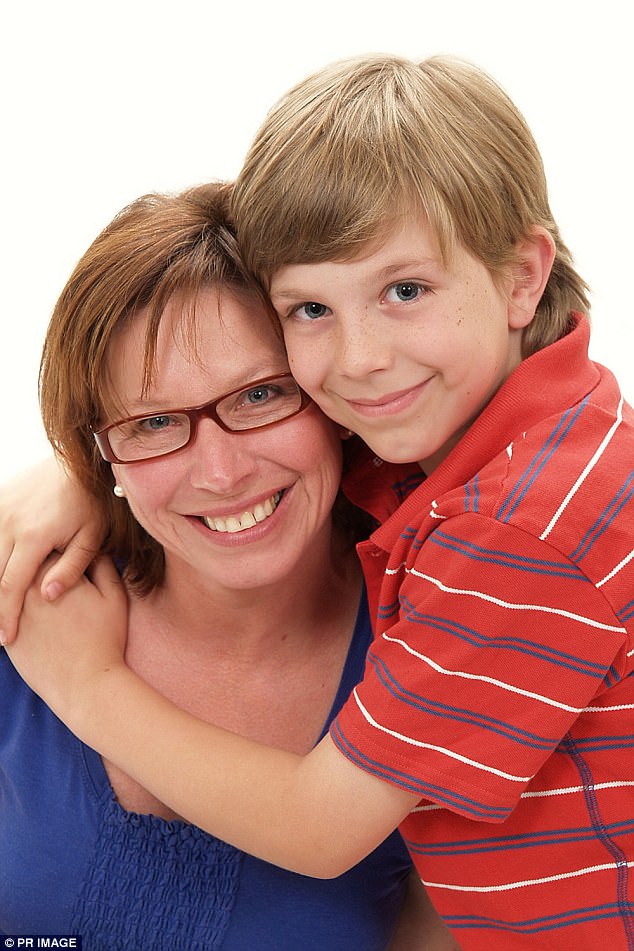 Ms Batty (pictured left) tragically lost her son Luke (pictured right), when he was murdered by his father Greg Anderson at a cricket match

‘I cannot help but be appalled that someone who minimised violence towards women, who is part of the inevitable pushback and backlash that we all experience as we pioneer a way forward, would be awarded,’ Ms Batty said.

Ms Arndt has also been slammed for her views on domestic violence and in 2005 called convicted paedophile Robert Potter ‘a good bloke’ in a Courier Mail article.

The divisive commentator has also argued a Canberra doctor who molested a 12-year-old boy should not have been charged as in another context molestation is ‘pleasurable’.

She also has spoken out about what she calls a ‘rape crisis scare campaign’ through university tours – with her visit to the University of Sydney being met with vocal protesters. 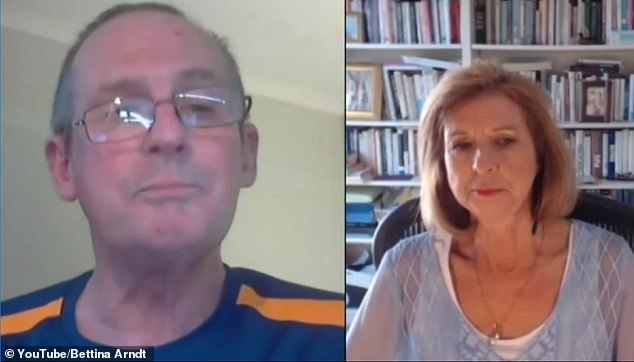