Controversial ‘light’ treatment for ME patients DOES work

A controversial treatment for children with debilitating chronic fatigue can actually help in some cases, a study shows.

The Lightning Process – a course which claims to retrain the brain to improve physical health – could improve symptoms of chronic fatigue syndrome (CFS) or myalgic encephalitis (ME) in older children when combined with specialist medical care, research found.

Around 250,000 people in the UK have CFS or ME, which causes disabling fatigue and symptoms like headaches, muscle and joint pain and problems concentrating.

The condition, which could be triggered by a viral infection, affects children as young as five and is thought to affect up to one in 50 of secondary school-age.

There is no cure and current treatments include cognitive behavioural therapy (CBT), graded exercise therapy and medications such as antidepressants.

The Lightning Process has been praised by celebrities such as Martine McCutcheon and England rugby union player Austin Healey, who said it helped them overcome illness.

But some experts and campaigners have condemned the £620 course – which is not available on the NHS – as pseudoscience’ and ‘quack medicine’. 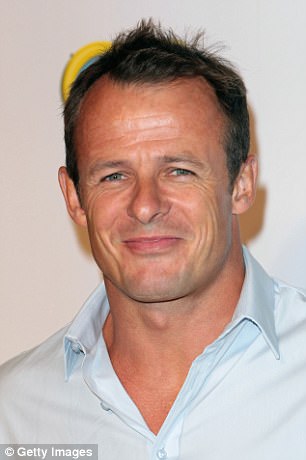 The Lightning Process has been praised by Martine McCutcheon (left) and former England rugby union player Austin Healey (right), who said it helped them overcome illness

The three-day training programme is taught by non-medical practitioners – many of them former course attendees – and includes concepts from osteopathy, life coaching and neurolinguistic programming (links between brain processes, language and behavioural patterns).

Why was the study carried out?

Lead researcher Professor Esther Crawley said she made the decision to carry out a scientific trial into the therapy because she had some patients who claimed it worked and those who claimed it made them worse.

The trial, carried out by her team at Bristol University, attracted controversy because critics claimed it was unethical to test the treatment on children.

But the results, published today (THURS) in the journal Archives of Disease in Childhood, show the course was effective when combined with specialist medical care.

Researchers followed 100 children aged 12 to 18 years with mild to moderate CFS/ME. Of these, 49 received the usual medical care and 51 received this as well as attending a Lightning Process course.

The children’s school attendance, physical function and levels of pain, anxiety and depression were analysed three, six and 12 months after treatment.

Both groups showed improvement but the children who also attended the course showed better physical function and less fatigue and anxiety at six months.

At 12 months, this group also had less fatigue, anxiety and depression. They were also attending one day more of school a week – four days instead of the average of three attended by the group who had received standard care.

DOCTORS AT WAR OVER ME

By Jerome Burne for The Daily Mail

ME is a debilitating condition that can leave those affected bedridden for years.

It’s linked with as many as 60 symptoms, the most common being a feeling of constant exhaustion — ‘like a dead battery’.

The condition first reached mainstream consciousness in the Eighties following outbreaks in New York and Nevada. By then it was officially known as chronic fatigue syndrome (CFS).

For a time, it seemed everyone knew someone who was affected by it, and it was derisively dubbed ‘yuppie flu’ because it seemed typically to affect young professionals.

For years there’s been a long-running and bitter debate between doctors and patients about its cause and how to treat it.

The lack of a clear physical cause meant many doctors dismissed it as all in the mind. This infuriated patient groups who insisted it was all too real and the result of an infection or immune system failure.

The researchers concluded that doing the course, in addition to standard care, was likely to be cost-effective, saving society around £1,474 in the first year.

Prof Crawley said: ‘I really thought this trial wasn’t going to work but, while it needs to be treated with caution and we need to understand more about how it works, it seems this could be another treatment option for children and their families who really suffer.’

But the researchers were wary

But she cautioned that there was no evidence the course would work or that it was not harmful if undertaken on its own, without medical care.

Several children dropped out of the study as some did not want to do the course. The results also did not show whether the course would be effective for younger children, adults or for children aged 12 to 18 with more severe CFS/ME.

Dr Charles Shepherd, medical adviser for the ME Association, said: ‘The Lightning Process is not a treatment that we endorse or recommend for people with ME/CFS.

‘There has been a very significant growth in biomedical research globally into ME/CFS in the past decade which has demonstrated clear abnormalities in brain, muscle and immune system function.

‘The over-simplistic and largely psychological model of ME/CFS causation that is being put forward to patients by Lightning Process practitioners is totally out of step with emerging scientific evidence as to its cause.’

In a statement, Action for ME said: ‘The results of this trial indicate that the Lightning Process in addition to specialist medical care reduced participants’ feelings of anxiety and depression.

‘However, supporting young people to cope better with the emotional impact of a chronic neurological condition addresses neither the root cause of the condition nor its primary symptoms.’