A popular mummy blogger has given candid insight into her sex life while confessing to an interesting midday habit.

Constance Hall, 36, who lives in Perth, Western Australia, spoke about her sexual frustrations to her more than 1 million followers online.

As a result the mother-of-seven said she was forced to pleasure herself while thinking of Mad Max actor Tom Hardy in an attempt relieve some of the stress of her day.

‘Who has the energy or time for sex these days?’ she wrote. 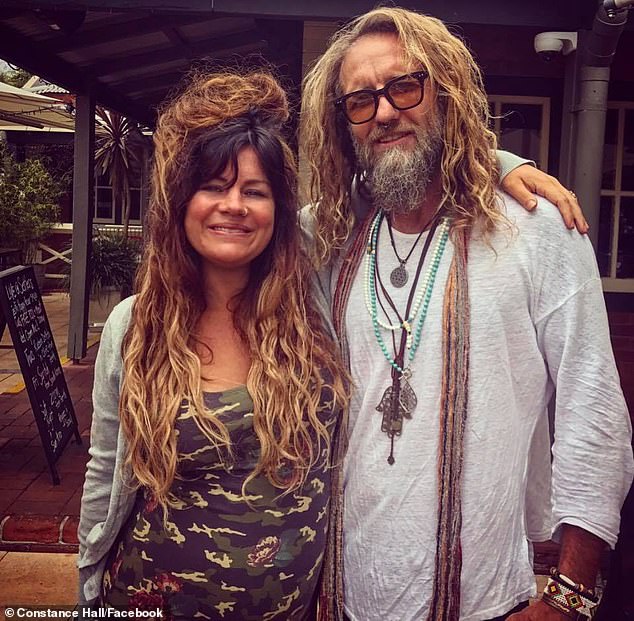 Mrs Hall was lamenting the power shift in the sexual relationship with her husband, Denim Cooke (pictured together), saying she had found herself wanting it more than him

‘Which is weird for a woman as we are used to flicking men away like annoying dogs on heat that would hump your legs.

‘Today I was alone for an hour and I thought.. “hmm now would be a great time to make a withdrawal at the w*** bank…” one of life’s luxuries is a little midday masti (sic) when nobodies home.’

As Mrs Hall said that privacy as a mother was often fleeting and said her lunchtime treat was ruined by one of her children.

‘Just as I was just about there I could feel my whole day about to change, I heard it,’ she said. 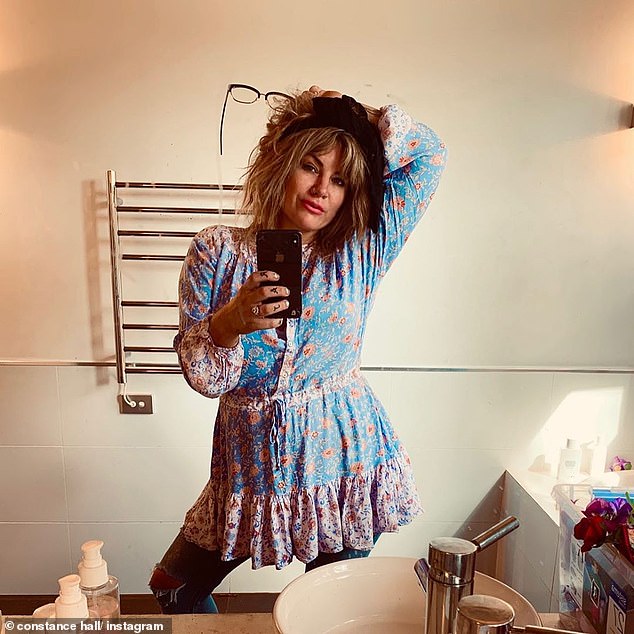 Instead Mrs Hall said she has been turning to a ‘midday masti’ (sic) to help alleviate some of her sexual frustrations, using Hollywood star Tom Hardy for inspiration 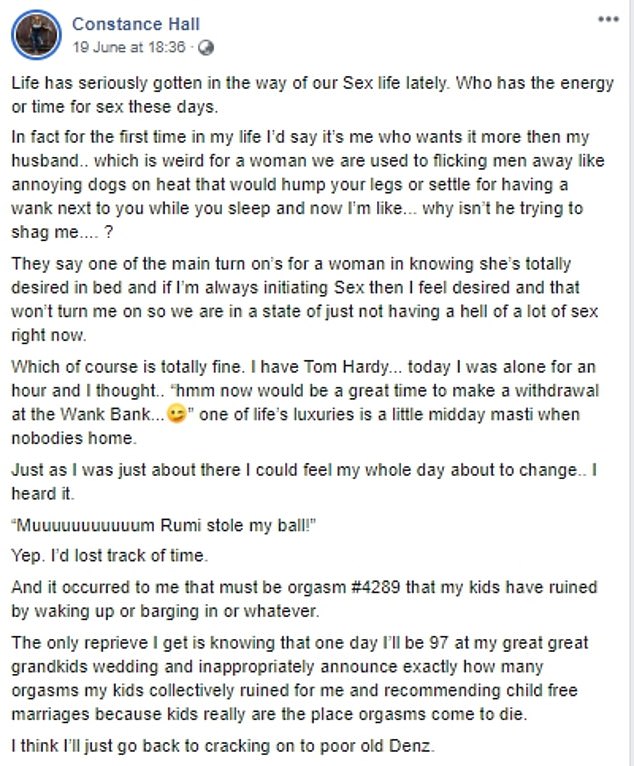 ‘And it occurred to me that must be orgasm #4289 that my kids have ruined by waking up or barging in or whatever.’

The candid post drew thousands of reactions and hundreds of comments from a host of different social media users.

‘I feel so unsexy because now we wait for interruption or it’s rush and unloved,’ one sympathetic user responded.

‘Love you Con and your honesty and always saying what I’m feeling!’ another added.

‘So completely real and relatable,’ a third wrote.

Constance and Denim tied the knot in a bohemian forest ceremony at Karriview Lodge near Margaret River, Western Australia, in January 2018 following a whirlwind romance.

The couple parent a blended brood which includes their son Raja, Constance’s children Billie-Violet, Arlo-Love, and twins Rumi and Snow from her marriage to Bill Mahon, and Denim’s kids Zeyke and Sunny. 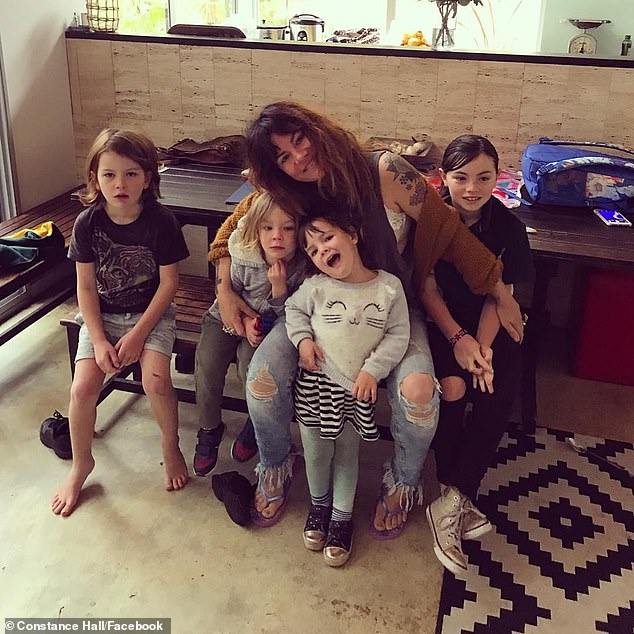