Outspoken star Nick Kyrgios has told a ball boy to correct his running style after the young man supposedly put him off his game at the Halle Open in Germany on Saturday.

Kyrgios went down 4-6, 7-6, 7-6 to Polish world No.12 Hubert Hurkacz, and the match featured some of the highlight reel drama tennis fans have become accustomed too when he takes to the court.

The 27-year-old won the first set 6-4 and was serving to get back to two-all in the second, before a ball boy stumbled while picking up Kyrgios’ first-serve fault on the run.

Kyrgios paused briefly and served one down the centre, then made an unforced error by hitting a baseline forehand too long – at which point he turned to the boy with both hands pointed and said, ‘You just put me off. Run properly, please.’

The Aussie hothead then shook his head and muttered to the umpire about biased calls and an unfair contest.

Kyrgios made light work of world no.6 Stefanos Tsitsipas in the round of 16, hammering the star 5-7 6-2 6-4 in a great performance that featured another odd trantrum.

The outbursts began after Kyrgios lost the first set and smashed his racquet to the ground, smashing it in one blow. 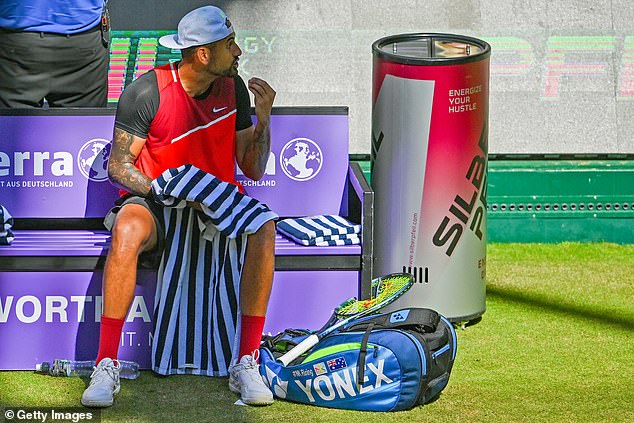 Down 2-0 in the second set, Kyrgios was issued a code violation for slow play when he took a drink and wiped his brow with a towel mid-game.

When chair umpire Timo Janzen tried to get Kyrgios to resume, he flared up and said he’s always had to wait for his opponents and the rules shouldn’t be different for him.

‘I do that all the time; I play Rafa [Nadal], every time, waiting for him, dries his hand, I’m waiting for him [and I get] nothing. I’m not playing, get a supervisor,’ Kyrgios yelled.

Tsitsipas responded by walking to the baseline and serving like a point was underway.

The upset win was Kyrgios’ 24th victory over a top 10 player, a crazy stat given the star has never broke past his career-best 13th ranking. 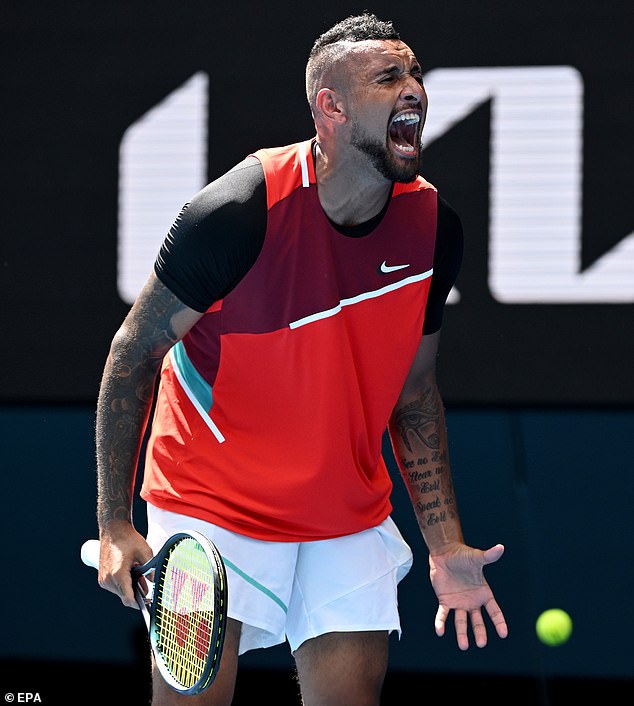 This week’s Mallorca Open is his final hit-out before Wimbledon, where he’ll be unseeded.

A green track is Kyrgios’ favourite, given the fast play and true bounce, and he said back in May that he rates himself as the ATP’s best grass court player.

In what was Kyrgios’ biggest career win, the then 19-year-old defeated world No.1 Rafael Nadal in Wimbledon’s fourth round back in 2014. 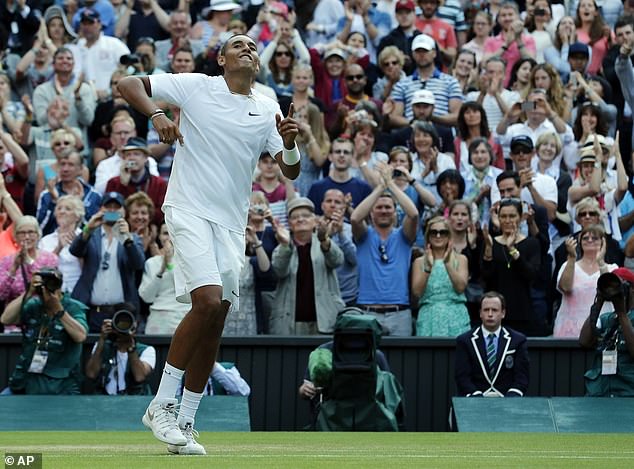 Going into the draw unseeded means Kyrgios will likely face some big names in the opening rounds, making him a dangerous prospect to take out top 10s.

His record against the world’s current top 10 sits at 17-16, given he has knocked off No.1 Danil Medvedev twice along with Novak Djokovic.

The Wimbledon draw is released on the 24th of June with play to commence on June 27.