‘Are you guys doing nangs?’ Sheepish convenience store worker is caught inhaling from a balloon by a young woman searching for Zappo lollies

A convenience store worker has been caught inhaling a gas believed to be nitrous oxide from a balloon from behind the counter.

The footage, posted to TikTok on Monday, shows a young woman walking into the Adelaide store looking to buy Zappo lollies before seeing the worker.

The confused woman asks the employee and another man sitting next to him: ‘are you guys doing nangs?’ 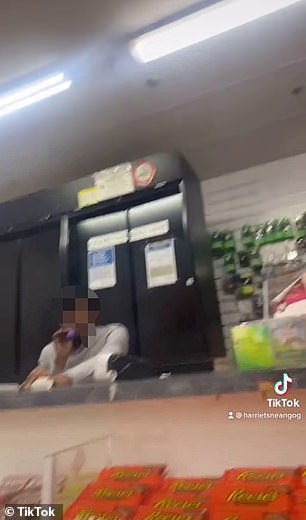 The woman then asks if she can do a nang, to which the worker replies ‘yeah, but you have to come in’ pointing to behind the counter.

He then appears to indicate there are more people doing balloons behind the counter before asking the woman if she’ll pay for it. 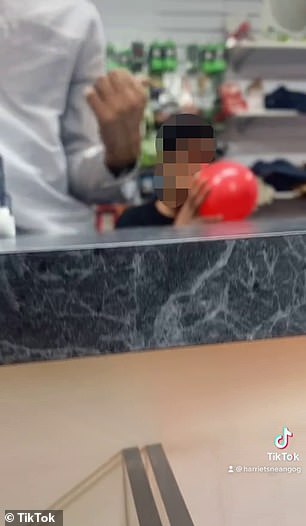 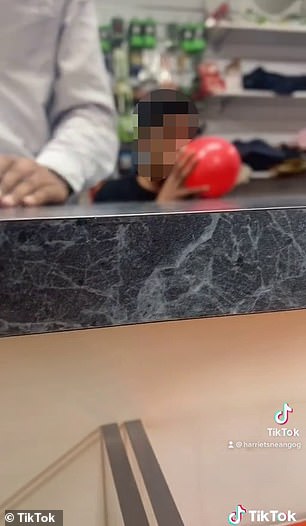 The woman then asks if she can do a nang, to which the worker replies ‘yeah, but you have to come in’ pointing to behind the counter 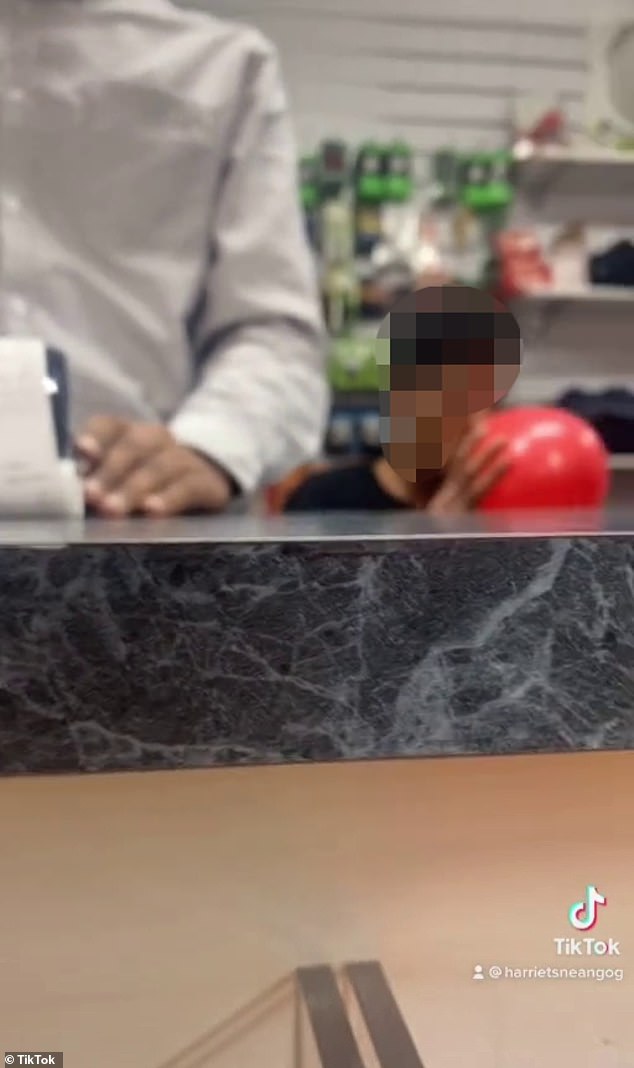 Some social media users accused the woman of being a ‘Karen’ for exposing the worker for inhaling the gas – believed to be nitrous oxide – from the balloon.

The use of nitrous oxide isn’t illegal in Australia but it is an offence if it is sold for misuse.

The consequences of misusing the drug are very real, with symptoms including brain and nerve damage, heart problems, fainting, memory loss and psychosis.

Prolonged exposure to the gas can lead to memory loss and depletion of the vital bodily vitamin B12.

In South Australia, Victoria and New South Wales it is only an offence to sell nangs to someone reasonably believed to misuse them.

Nos, also known as laughing gas or nangs, is a gas called nitrous oxide which people inhale to get high.