Convenience stores are demanding the government lift restrictions banning them from selling alcohol as they struggle during the coronavirus pandemic.

The proposal was recently put to the Queensland government during a parliamentary inquiry into its response to the economic fallout of the pandemic.

The Australasian Association of Convenience Stores said existing alcohol laws were ‘archaic and inconsistent’ and ‘unfairly favoured the major supermarkets’.

But Queensland Attorney-General Yvette D’Ath said the proposal would not be considered with the inquiry focusing more on supporting employment.

‘Our overwhelming focus is on supporting jobs and employment in Queensland, including our pubs, clubs and other licensed venues as they emerge from coronavirus restrictions,’ Ms D’Ath said.

AACS’s CEO Jeff Rogut told Daily Mail Australia the change would be positive for consumers and would help store operators stay afloat during the pandemic.

‘Some of our operators have been hit very hard, especially in the CBD areas where foot traffic just doesn’t exist anymore now people are working from home,’ he said.

‘We see it as an opportunity for not just our operators but also our consumers who don’t want to go into a large liquor barn just to buy beer or wine on their way home.’

Mr Rogut said allowing alcohol in convenience stores would bring Australia into line with operators in Europe, the U.S and south-east Asia.

‘About 70 per cent of the alcohol industry is controlled by the two major supermarket groups in some shape or form, so all we are asking is the opportunity to compete in a level playing field,’ he said.

Mr Rogut said operators had already shown their ability to responsibly sell adult restricted items such as tobacco and lottery tickets and the industry would be happy to comply with all alcohol regulations. 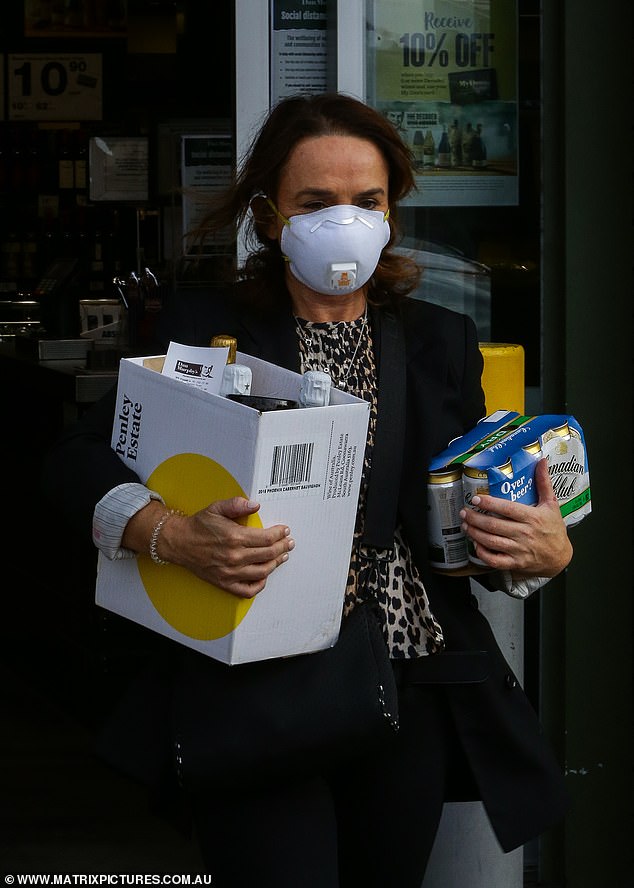 He said while there is support for the proposal in the Parliament, none will publicly back it as they do not want to be seen as increasing the availability of alcohol.

‘When I have spoken to them one-on-one I have not had a singe politician that has disagreed with the proposal,’ he said.

‘But when we ask them if they will support these bills the vast majority say: “oh look we can’t do that, because there are no votes in it”.’

Mr Rogut said while increasing the availability of alcohol is a serious social issue that should be considered he noted it had not stopped operators under Coles and Woolworths from opening up new stores.