A convicted drug trafficker jailed on the word of one of Lawyer X Nicola Gobbo’s clients has been released on bail.

Zlate Cvetanovski becomes eligible for parole in August, but asked the Supreme Court to free him on Tuesday after already serving more than a decade behind bars.

Cvetanovski is appealing three criminal convictions he argues were tainted by Lawyer X’s supergrass past as a police informer.

He was convicted after Ms Gobbo convinced a drug cook client – who she had informed on – to give evidence against him.

Convicted drug trafficker Zlate Cvetanovski, who was jailed on the word of one of Lawyer X Nicola Gobbo’s (pictured) clients, has been released on bail

Prosecutors conceded in Victoria’s Court of Appeal last week that the evidence of that witness was vital to their case against Cvetanovski.

“The case quite clearly stood or fell on the word of (that person) and that underscores the significance of the lack of disclosure,” she said.

Justice David Beach said Cvetanovski’s appeal grounds were “reasonably arguable” and should he remain in prison there is a “real risk of injustice”.

Cvetanovski’s bail application was based on the belief his appeal has a reasonable prospect of success, that he’s served almost his entire sentence and that COVID-19 is affecting his time in custody.

Delay was also a factor given his appeal was lodged in September 2017. 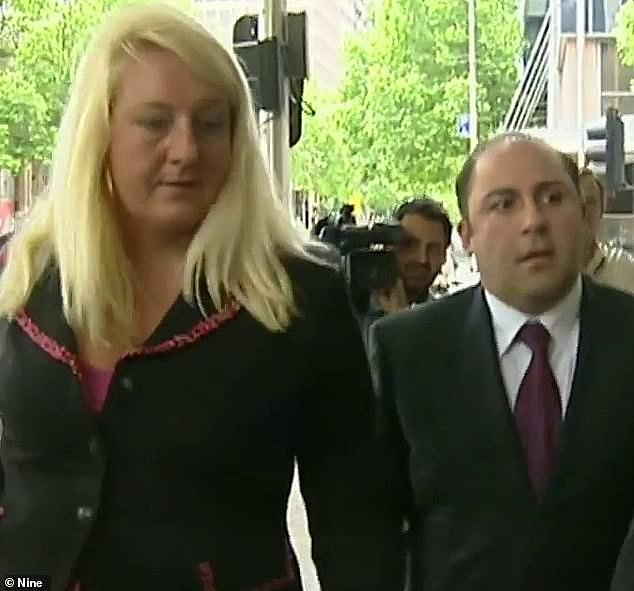 He made a bid for bail in April last year, but it was rejected because the case was not far enough along at that point.

Justice Beach suggested they were “pushing against an open door”.

Prosecutors are challenging the appeal’s chance of success, and dispute suggestions Ms Gobbo acted as a lawyer for Cvetanovski as well.

Chief Crown Prosecutor Brendan Kissane said the case involved a “clearly unusual set of circumstances” but stopped short of saying it was exceptional.

A number of other appeals are also underway, including drug kingpin Tony Mokbel, and “tomato tin” ecstasy importers Rob Karam and Jan Visser.