Two convicted killers accused of raping and murdering a Vietnamese beautician ate a curry as she lay dead or dying on the floor, a court has heard.

Stephen Unwin, 40, and William McFall, 51, are said to have subjected young mother Quyen Ngoc Nguyen, 28, to a five-hour ordeal of rape and beating in Unwin’s home in Houghton-le-Spring near Sunderland.

They had both previously killed vulnerable elderly people during violent burglaries and joined forces after meeting in prison and being released from life sentences, prosecutors say.

At their trial yesterday, Prosecutor Jamie Hill QC questioned McFall about the period of time after they attacked Miss Nguyen. 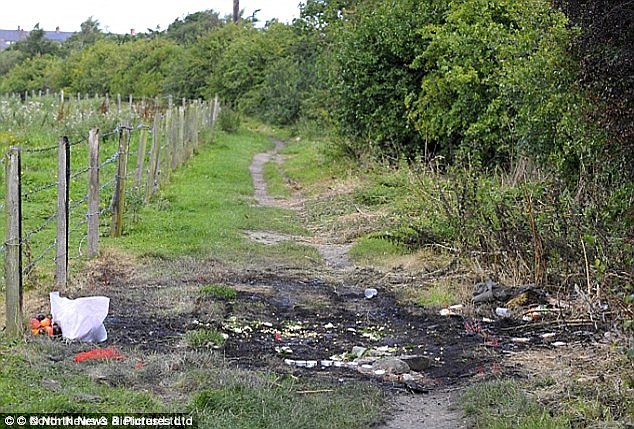 Mr Hill asked McFall: ‘Did you and Stephen Unwin cook and eat a curry about this time?’

McFall replied: ‘At some point.’

Mr Hill continued: ‘With someone, you told us, dead lying on the floor, you attended to your own needs to have a meal?’

McFall, 51, insisted he didn’t eat all the curry because he felt ill and and most of it went in the bin. 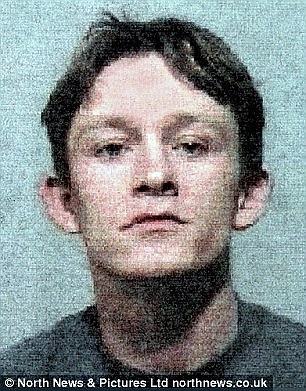 Stephen Unwin is one of two men on trial

The jury has heard that Unwin, now 40, battered and stabbed a 73-year-old man in Houghton-le-Spring after breaking into his home on Christmas Day 1998. He then torched the bungalow.

He was convicted of murder at Newcastle Crown Court and released on licence 14 years later in December 2012.

Meanwhile, McFall bludgeoned Martha Gilmore, 77, to death with a hammer in a raid on her home in Carrickfergus, County Antrim, Northern Ireland, in May 1996. He was released on licence 14 years later in October 2010.

On the night Miss Nguyen was killed, McFall messaged Unwin using a vile racial slur, asking: ‘Are we raping the ch***?’ jurors have been told.

After the murder the pair allegedly posed for a grinning selfie in Unwin’s car.

Prosecutors say they held seven stone Miss Nguyen – also known by her English name of Anna – at the house, raped her and forced her to hand over PIN numbers to her bank cards, which they stole. 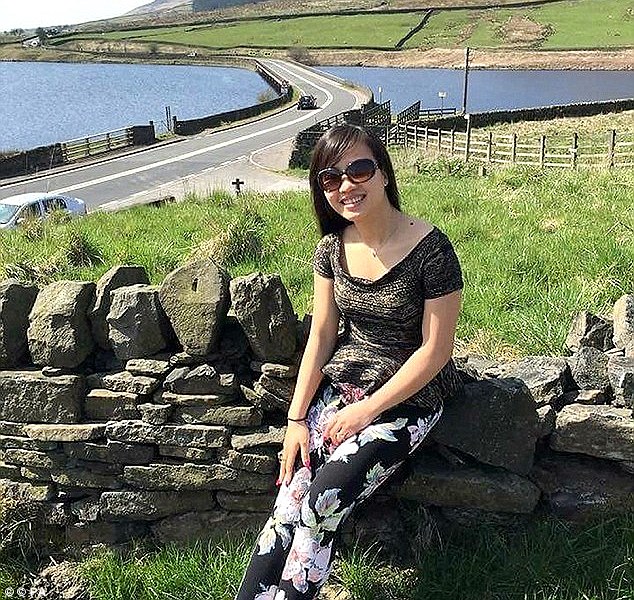 Miss Nguyen was targeted by the pair after they were released from jail terms, a court heard

Mr Hill previously told the court: ‘The prosecution say that the motive for this killing was a combination of violent, warped sexual fantasy and greed.’

After raping and beating Miss Nguyen on August 15th last year, they bundled her into her car and drove to a remote spot, where they set the vehicle ablaze, the court heard.

The pair worked together on properties which Miss Nguyen rented out. She is said to have been unaware of the pair’s interest in her.

Unwin and McFall deny rape and murder and have blamed each other for the crimes. The case continues.