Coolio’s partner was aware he was seeing other women

Coolio’s girlfriend has shared her grief, shock, and happy memories with the rapper, in an exclusive interview with DailyMail.com.

Mimi Ivey, his long-term partner since 2012, revealed that Coolio, 59, will be cremated and will not be having a funeral – per his own instructions to his family.

And amid rumors of infidelity, Ivey told DailyMail.com that she was aware he was seeing other women but that the couple had an understanding and had no secrets with each other.

‘We were best friends. We would talk about everything and joke and laugh about everything. There was never a dull moment being with him,’ said the 41-year-old mother of three.

‘He was an eccentric, a storyteller. He loved life. He loved his family, his career, and he loved to make people smile.’ 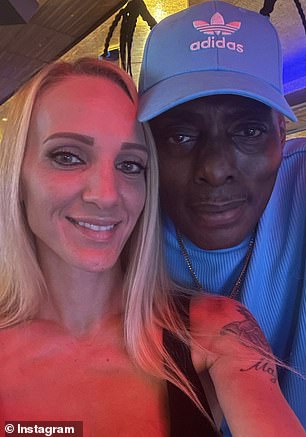 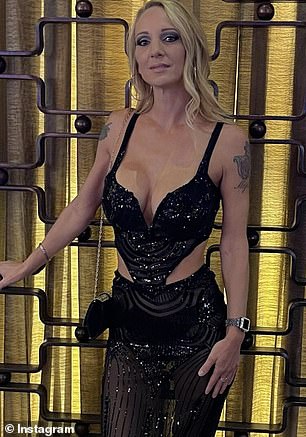 Ivey, who had been with the rap star since 2012, referred to Coolio, – real name is Artis Leon Ivey Jr. – as her ‘husband’ on social media and took his last name, but the couple were not legally married

The 59-year-old rapper, best known for his 1995 hit Gangsta’s Paradise, died on Wednesday from a suspected cardiac arrest.

He was pronounced dead after he was found lying on the bathroom floor at a friend’s home in downtown LA.

Mimi recounted the devastating moment when she got the call of his sudden death.

‘I just remember all of the air and life coming out of my body,’ she said. ‘I was outside, getting ready to take my son to football practice.

‘All I remember was dropping to my knees. I collapsed.’

Mimi, an exotic dancer, chef and entrepreneur, said she first met Coolio in 2004 but did not get along, and only started dating after a mutual friend reintroduced them seven years later.

But then, she said, the Gangster’s Paradise rapper wouldn’t take no for an answer.

‘He was very persistent. He wouldn’t let me go,’ she said.

She even awoke one morning early in their courtship to find her friend had let him into her house.

‘I just woke up and he was in my room serving me breakfast in bed,’ she said. ‘I was a little confused. It’s hilarious now, I love having that memory.’ 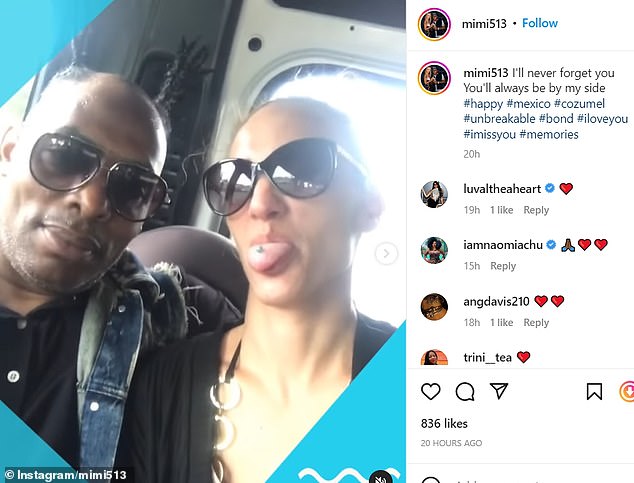 Mimi revealed she was getting ready to take her son to football practice when she received the call about Coolio’s sudden death. She has shared heartwarming photos of the pair together on social media 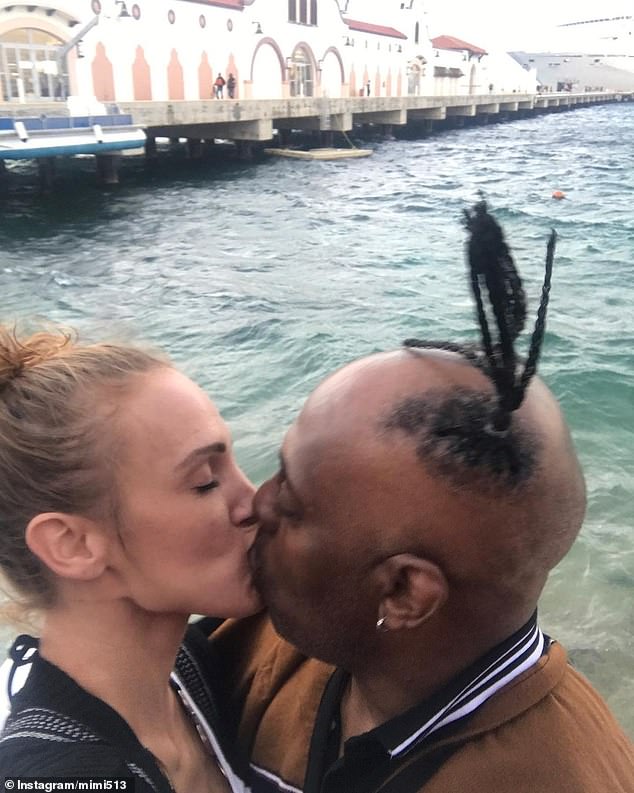 Mimi told DailyMail.com she was well aware that he was seeing other women and that she and her partner had an arrangement 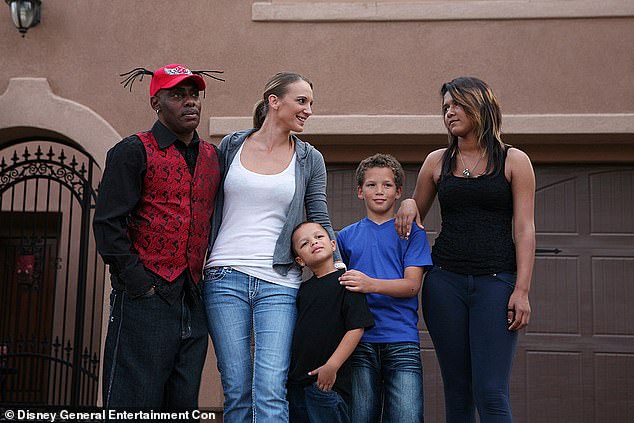 Mimi referred to Coolio, whose real name is Artis Leon Ivey Jr., as her ‘husband’ on social media and took his last name, but the couple were not legally married.

‘We went to the courthouse, we filled out all of the paperwork and we were planning on it. But we just decided not to turn it in,’ she said.

‘It’s just a piece of paper that doesn’t change how either one of us felt about each other.’

But she said Coolio was a husband in every way, and a father to her children from her previous relationship – with her daughter even officially asking him to be her dad.

‘My daughter asked him to be her father, they had a discussion about it, and he chose to take on the role as her father,’ she said. ‘He embraced that role 100%.’

In 2013 the couple appeared together on Celebrity Wife Swap. The stress of the reality show led to a four-month breakup.

‘Yes, we had our ups and downs. But I don’t care who you are, if you say you have a perfect relationship, then it’s not real,’ she told DailyMail.com.

A source close to the rapper said he had been seeing another woman recently, but Mimi said she and her partner had an arrangement.

‘He was who he was. If he was seeing other women, I knew about it,’ she said.

‘There’s nothing that man ever did that he hid from me. We talked about everything. I knew his whole life. We had no secrets.’ 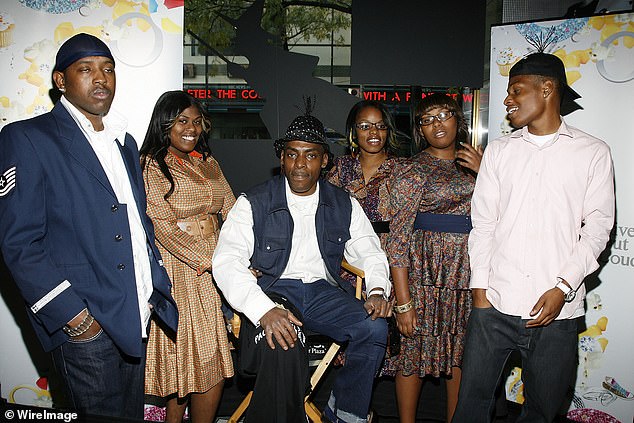 Coolio, 59, fathered at least 11 children. He is pictured above with daughters Brandi (second from left) Artisha and Jackie, and Artis (far right) in 2008 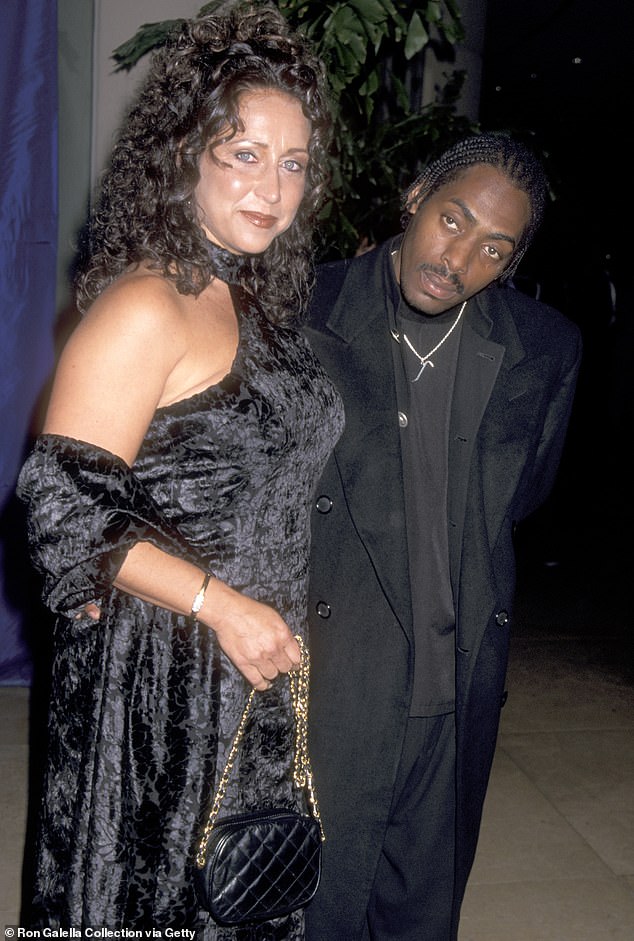 Coolio and ex-wife Josefa Salina (left) were married from 1996 to 2000. He also has children with several girlfriends. He is pictured right with one of his former flames 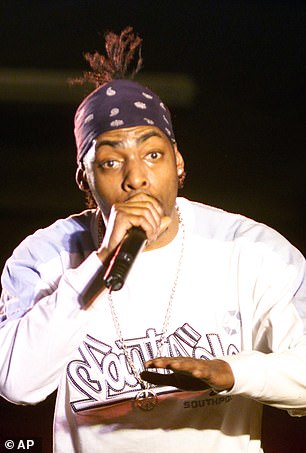 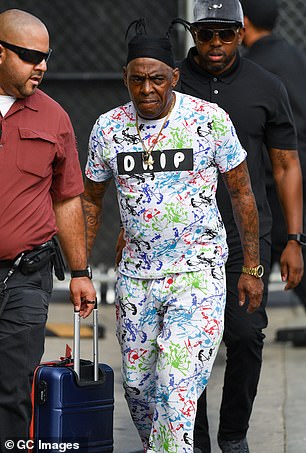 Coolio, best known for his 1995 hit Gangsta’s Paradise, will be cremated in a private service as he did not want a funeral, Mimi said. He is pictured right in LA in early September, during one of his last public appearances

Mimi and Coolio, who had his own cooking show, set up a custom cake and meal preparation business together during the pandemic.

She said some of her fondest memories were of Thanksgiving – which Coolio insisted he didn’t celebrate – when they would compete against each other to make the most popular dish for their guests.

‘Every Thanksgiving me and him would have a cook-off. His favorite dish to cook was mac and cheese. Everybody came over to eat, and whoever’s tray had the least amount in it at the end of the night won,’ she said.

The dancer and model said her partner was full of business plans and ideas he never got to see through, and in recent weeks the couple had been house hunting in North Carolina for a home to retire in the future.

‘We were gonna buy some land and build the house out there,’ she said.

‘He lived a very wonderful life. You have no choice when you are going to get taken out of this world. It’s a shock, but there’s no way you can ever prepare for this.’

Coolio’s posthumous instructions to his family include orders for him to be cremated – and no funeral.

Invites to the planned cremation service have been so restricted even friends of decades have been excluded, one source close to the rapper told DailyMail.com.

The source added that they believed Coolio wanted to keep the event so low-key in part to avoid potential clashes between his several baby-mommas. 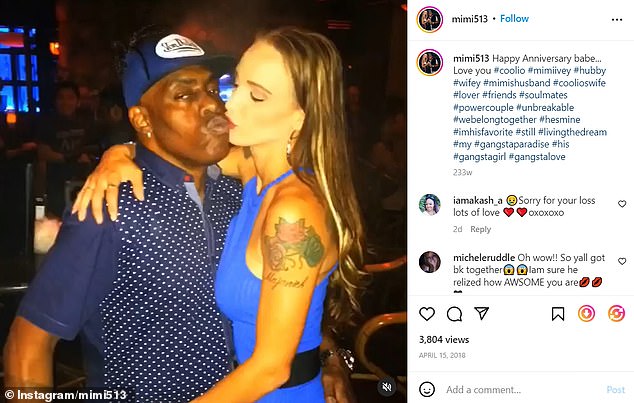 Mimi, an exotic dancer, chef and entrepreneur, said she first met Coolio in 2004 but did not get along, and only started dating after a mutual friend reintroduced them seven years later 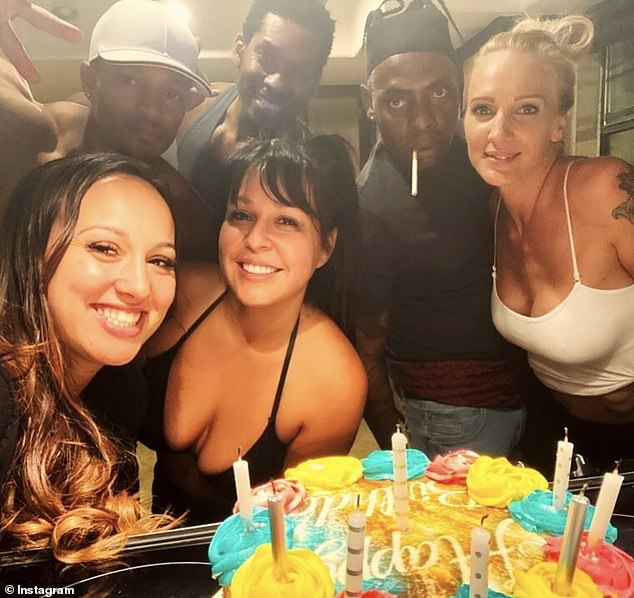 The couple appeared to patch things up after their brief split in 2013, with Mimi sharing pictures of him and referring to the rapper as her ‘hubby’ as recently as July last year. They are pictured above with friends in a social media photo

‘I think maybe that had a little bit to do with the whole cremation thing,’ the source said.

He had a son, Christopher Kal El Ivey Bellesi, with ex-girlfriend Anabella Chatman who he was dating during 2009 and who took him to court for child support payments in 2010.

The boy was believed to be his tenth and last child.