Give us a lift! Cheeky coot stands on a a duck’s back to hitch a ride around park pond

A cheeky coot hitched a ride on the back of a duck while the birds were being fed in a park pond.

Ian Baddiley shot footage of the coot in Osborne Pond in Shipley Country Park, Derbyshire, on the morning of July 23.

He was feeding the birds with his son when they noticed the coot standing on the back of a swimming duck.

A cheeky coot hitched a ride on the back of a duck while the birds were being fed in Shipley Country Park, Derbyshire 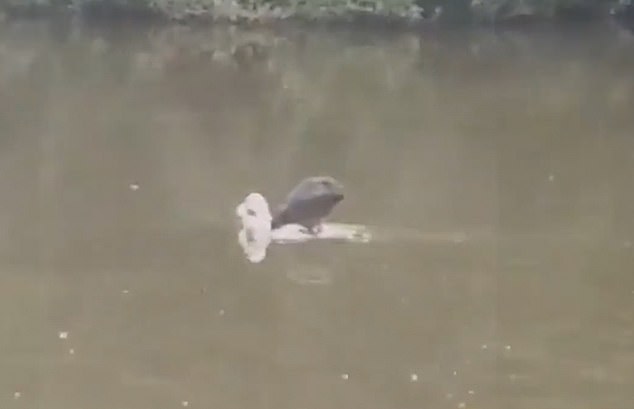 Mr Baddiley said: ‘We were just feeding the ducks when my son threw a large crust into the water to attract more ducks.

‘Suddenly a white duck got a whole piece of bread in its mouth and started to swim away from the group, when a cheeky coot jumped on its back for a ride.

‘The duck wasn’t bothered and kept swimming around the edge of the pond whilst the coot just stood there eyeing the bread up.

‘It was amazing. I have never seen anything like it. The kids were very entertained and found it very funny. Not something you see everyday.’ 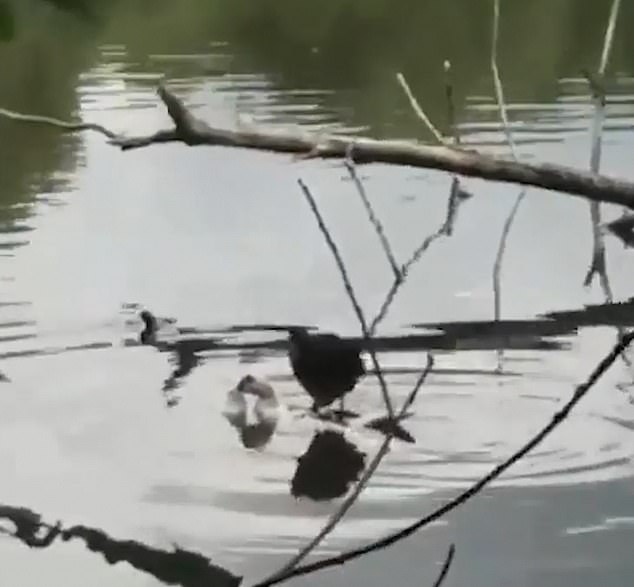 After eating bread thrown by Mr Baddiley’s son, the duck swims out of the shallows with the coot hitching a ride on top