Mexico loses its first cop to coronavirus as the officer dies three weeks after working at the Vive Latino rock music festival attended by more than 60,000 concertgoers

A police officer died of the coronavirus in Mexico City three weeks after working at a two-day rock festival attended by more than 60,000 people.

Efraín Santillán Morales passed away Saturday, according to his wife, who notified the Department of Public Safety.

A department spokesman confirmed to DailyMail.com on Monday that officer Santillán Morales is the first cop to die of the global pandemic in Mexico.

He was part of the security detail that was assigned to work the Vive Latino festival on March 14 and 15, despite heavy scrutiny from health and government officials after the city government allowed organizers to proceed with the show that was headlined by Guns N’ Roses.

Officer Efraín Santillán Morales sadly passed away Saturday due to the coronavirus, three weeks after he was assigned to work at rock-and-roll festival in Mexico City. He is the first cop to die of the deadly virus in Mexico 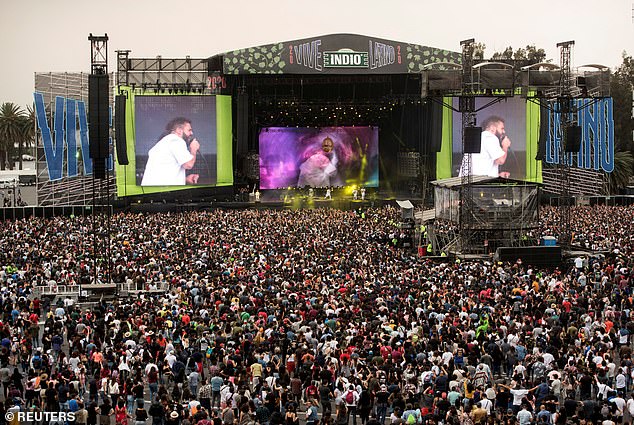 More than 60,000 fans attended the Vive Latino music festival in Mexico City on March 14 and 15 despite concerns of the spread of coronavirus in Mexico

In the days following one of the country’s most important music festivals, Santillán Morales developed bouts of diarrhea and vomiting.

On March 27, Santillán Morales visited Zaragosa General Hospital and tested positive for COVID-19 on three different occasions on that day. 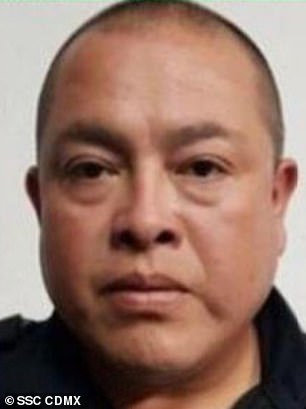 Efraín Santillán Morales is the first cop to die of the coronavirus in Mexico, a police official confirmed to DailyMail.com

According to Mexico newspaper La Jornada, at least two police officers who had come into contact with Santillán Morales were placed under medical supervision. It is unknown if either one of them had tested positive for the coronavirus.

Only 53 confirmed COVID-19 cases had been reported in Mexico up until the weekend of the rock-and-roll festival.

As of Monday, Mexico health officials registered 94 deaths due to the virus. Another 2,143 have tested positive.

The health ministry reports at least nine cops have tested positive and 50 others who have presented symptoms are being kept in isolation.

President Andrés Manuel López Obrador, who in recent weeks has been criticized for his handling of the epidemic, announced Saturday that his government hopes to build ventilators domestically.

The leftist leader said Mexico is also is seeking to buy up to 5,000 ventilators abroad.