A police officer who tasered a man in the face during an arrest was once a high-flying celebrity blogger who rubbed shoulders with Selena Gomez and Lady Gaga.

The shocking video, which has since gone viral, showed Bradshaw being tasered multiple times at close range while screaming out in pain.

But in a bizarre twist, the officer behind the taser has been revealed as a jetsetting former celebrity blogger who interviewed Hollywood heavyweights on the Golden Globes red carpet.

The unexpected career change came after Lamarre met Lady Gaga at her 2014 concert – his first of many brushes with fame.

Beau Lamarre (right), the police officer who tasered an indigenous man in his face, was once a celebrity blogger who rubbed shoulders with Selena Gomez, Russell Crowe and Lady Gaga 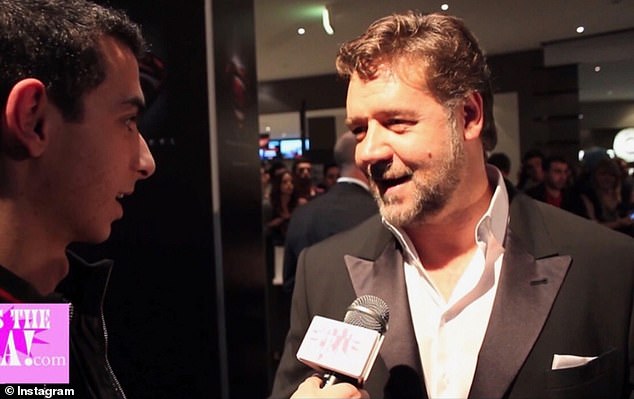 Lamarre started his own blog called That’s The Tea, and interviewed a bevy of A-listers at the 2016 Golden Globes in LA. Pictured with Russell Crowe 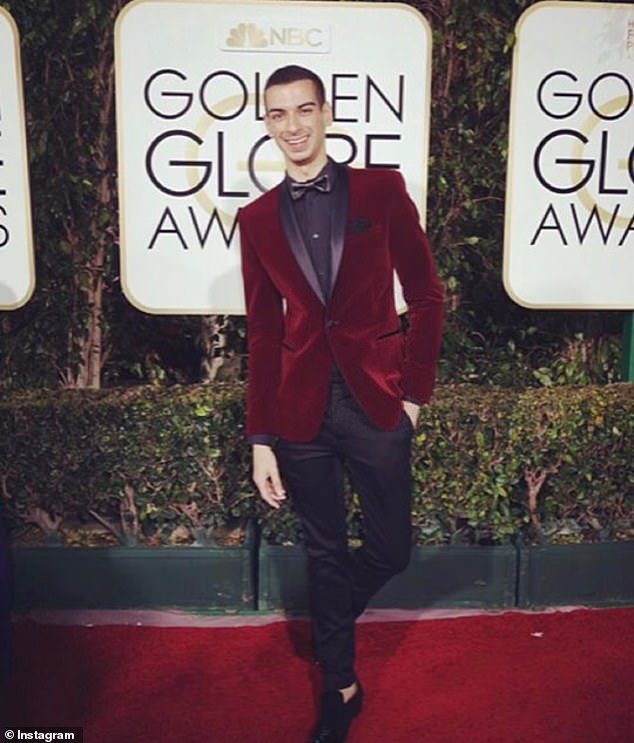 In 2016 Lamarre made an unexpected appearance at the Golden Globes in Los Angeles, where he interviewed a slew of Hollywood heavyweights including Lady Gaga, Kim Kardashian and Selena Gomez

The 25-year-old first made headlines after he came out as gay on a note he threw on stage to the Bad Romance hit-maker.

Lady Gaga then read out the letter, revealing his sexuality, to her 15,000-strong audience.

‘She came out for me,’ Lamarre revealed in a later radio interview.

Lamarre was even taken backstage by Lady Gaga.

He was thrust back into the spotlight later that year when he posed for a selfie with Miley Cyrus, after her security guard allegedly told him to ‘f**k off’.

‘She grabbed me around the waist, said ‘of course you can get a photo’, and she got her brother to take it,’ Lamarre said at the time.

He was seen travelling either in first-class or on private jets donning luxury labels and carrying Louis Vuitton leather luggage. 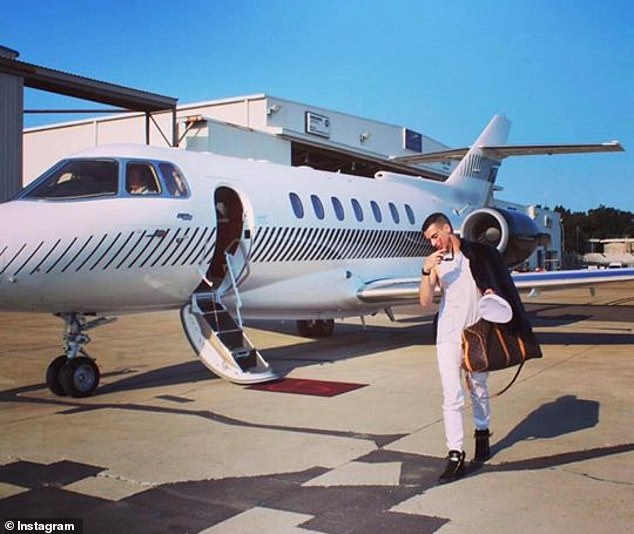 Lamarre began documenting his lavish lifestyle. He was seen travelling either in first-class or on private jets donning luxury labels and carrying Louis Vuitton leather luggage 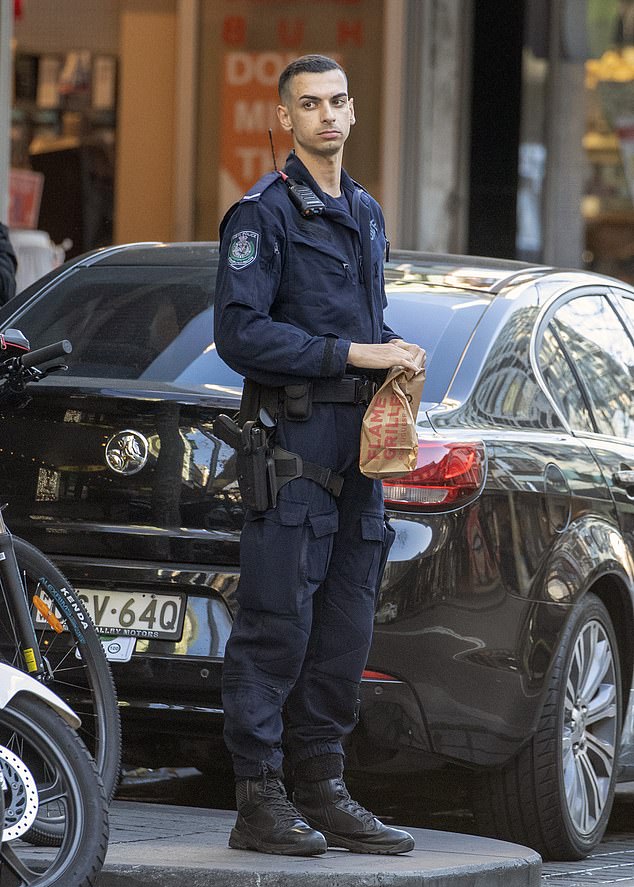 In 2016 Lamarre made an unexpected appearance at the Golden Globes in Los Angeles.

He was pictured chatting to A-listers including Selena Gomez, Russell Crowe and Ryan Gosling in pre-show interviews on the red carpet.

During a 2015 chat with Cairns-based radio host Carly Portch, Lamarre revealed his  penchant for celebrity encounters started when he was a teenager.

‘When I was 16 I used to go to a lot of webcast events to meet celebrities, and one day I decided ‘why not start my own blog?’,’ Lamarre, then 19, said.

Lamarre then started his own website called That’s The Tea, which caught the attention of Qantas. 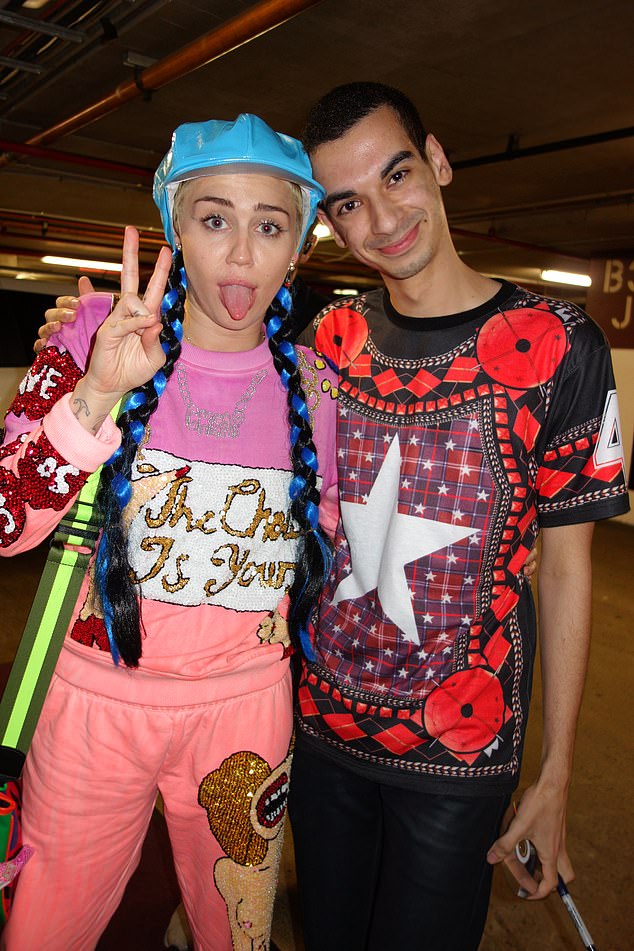 Lamarre posed for a selfie with Miley Cyrus, after her security guard allegedly told him to ‘f**k off’

He was soon asked by the aviation giant to cover an event.

‘When I got there it was John Travolta and Miranda Kerr, and I ended up doing an exclusive one-on-one interview with them,’ he said.

‘It just went from there.

‘Now all of a sudden I’m 19 and I’m in LA and I’m at the Golden Globes with everybody.

‘It was crazy to me, I’m into reality stars and now I’m meeting real Hollywood actors and actresses.’

Lamarre went on to slam Australian actress Cate Blanchett as the ‘rudest celebrity’ he’s ever met.

‘The way she acts to people around her and her fans is so disgusting and rude,’ he said. 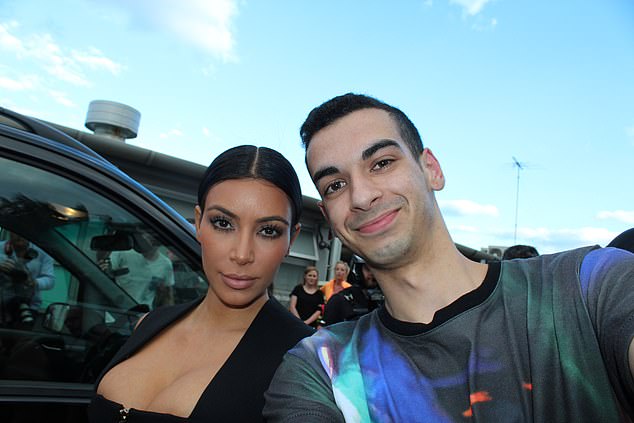 Lamarre revealed his penchant for celebrity encounters started when he was a teenager. Pictured with Kim Kardashian

Police claimed Bradshaw was carrying an allegedly stolen bag when Lamarre and his partner tried to stop him for questioning.

‘Police commenced a foot pursuit which continued through several streets, including a house in Darlinghurst,’ the statement read.

‘Shortly after, the man was located in a common garden area at the back of units on Rose Terrace, near South Dowling Street.’

‘As police attempted to arrest him, a taser was deployed.’

Bradshaw was later charged with goods in custody, intimidating and assaulting police and trespass. 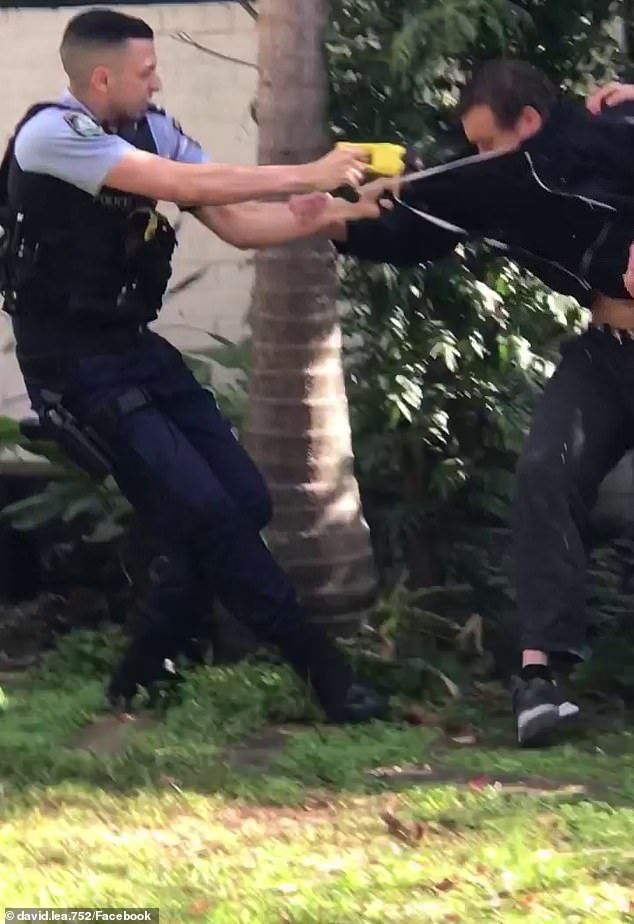