With Lionel Messi set to start for the first time at the Copa America Centenario and Argentina favourites to win the tournament, few are giving Venezuela much chance of winning their quarter-final clash on Saturday night.

However their coach Rafael Dudamel won’t hear a word of it. ‘If I didn’t have faith we could win, I would have gone to Disneyland instead,’ he remarked pithily on the eve of the game that pits the world’s best team against the 77th, based on FIFA’s rankings.

‘Our chances depend on our performance,’ he added. ‘Otherwise I would have stayed at home and watched the tournament on TV.’ 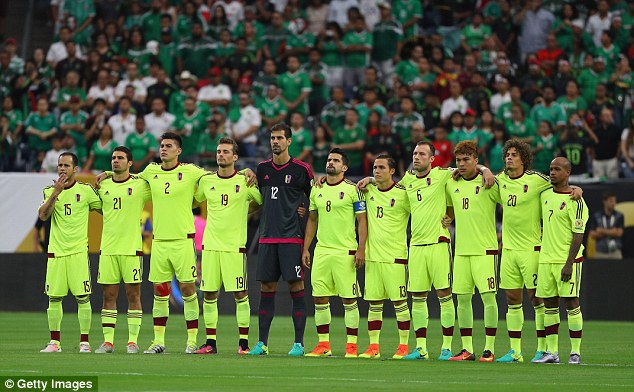 Venezuela have been the surprise package of the Copa, coming within 10 minutes of topping Group B without conceding a goal, but Jesus Corona’s late strike earned Mexico a 1-1 draw and forced the Vinotinto into a clash with Argentina in Boston.

However the coach is not afraid of the challenge ahead, even though having come undone by Corona’s Messi-like goal, now his team must face the Argentine No 10 himself.

‘How can that not inspire you, if you’re facing one of the best players in the world?’ said Dudamel.

‘For many, he is the best player in the world. My players are competitive. They rise up to the challenge. It’s not only Messi. Argentina has great players.’ 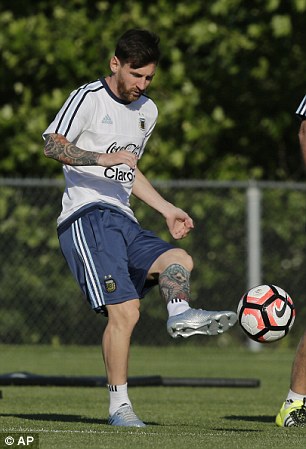 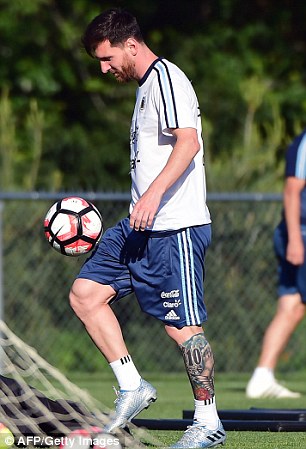 Tata Martino would not confirm if Messi would start the game, as he continues his recovery from a back injury sustained before the tournament.

Messi has played 30 and 45 minutes in the previous two games and the coach hinted this time he would feature from the beginning.

‘He is definitely in good shape to play from the beginning, so it’s quite possible he will be a starter,’ said the coach. ‘He’s improving on the right path.’

Argentina have been in imperious form in the group stage, beating Chile 2-1 before thrashing Panama and Bolivia 5-0 and 3-0 respectively.

Venezuela’s games have been tight affairs, with two 1-0 wins against Jamaica and Uruguay followed up by their draw with Mexico.

Dudamel, a former goalkeeper, knows the value of a clean sheet. 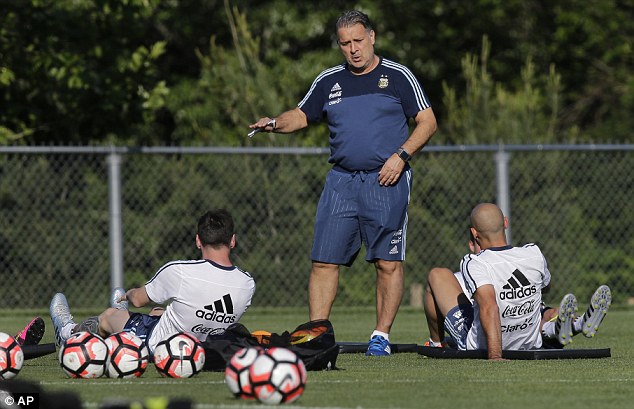 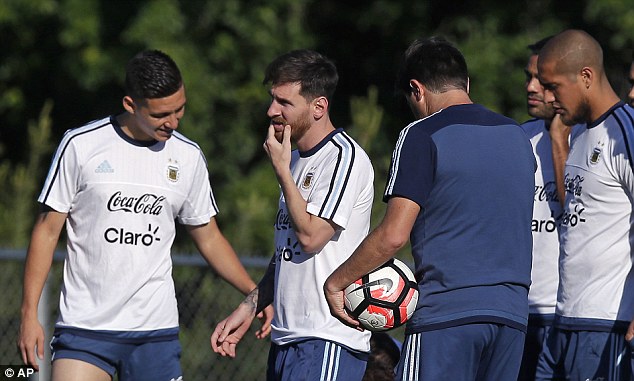 He has inspired a Venezuela side that threatened mutiny under former coach Noel Sanvincente, writing an open letter to the country’s football federation last December.

The players were fed up of Sanvincente but were also angry that they had been accused by the president of the Venezuelan FA of conspiring to get the coach fired by playing badly.

Things have improved under Dudamel unsurprisingly but Venezuela being quite so impressive at this tournament was not expected.

The momentum they take with them into the clash with Argentina is a big asset, and, combined with their sturdy defence, Venezuela could give the Albiceleste a tough night. But the main argument against them progressing is back and ready to put that left foot of his on the gas.