Cops allegedly slam man, 91, into a car for having a stick

A 91-year-old man in Memphis, Tennessee, was allegedly slammed into a police car and led away in handcuffs while walking down the street on Thursday.

Otha Thurmond was cited with disorderly conduct by Memphis police for pointing and waving a stick at them and interfering with an unrelated assault investigation.

Three witnesses said that Thurmond did not use his stick in a threatening manner and that one officer got aggressive with him. 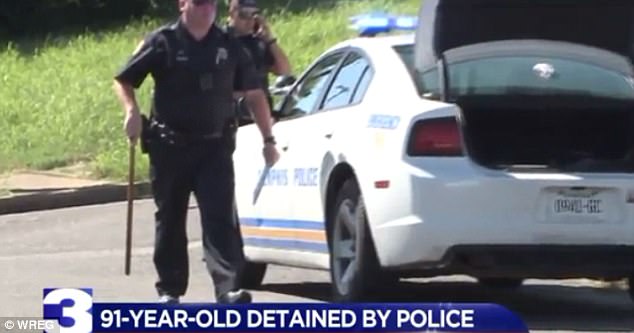 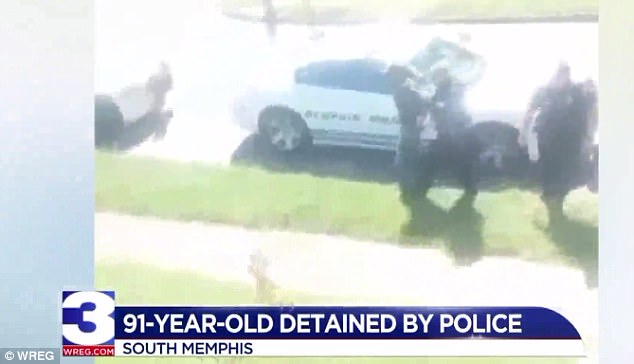 Cellphone footage shows Thurmond being led away in handcuffs, but does not show anything that happened previously

Cellphone footage shows the man being led away in handcuffs but it does not show what happened before.

‘They asked him what is he doing with a stick. He said, “‘I’m old, I need this stick,'” witness Niesha Lowe said to WREG. ‘He showed it to them, they grabbed him, they slammed him on the car, put his arm all the way up here to the back of his back’

Thurmond has no criminal history, making his alleged treatment even more puzzling to his neighbors.

‘I’ve never been in jail in my life. In jail! I never paid a traffic ticket in my life,’ said Thurmond. 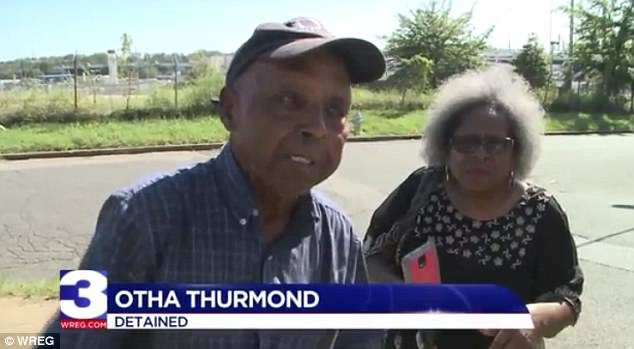 Thurmond has no criminal history, which makes his alleged treatment more confusing for his neighbors 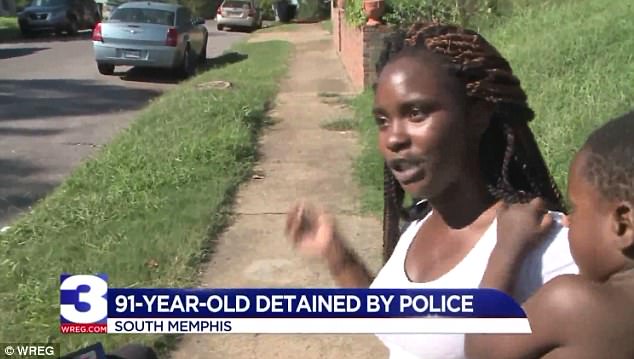 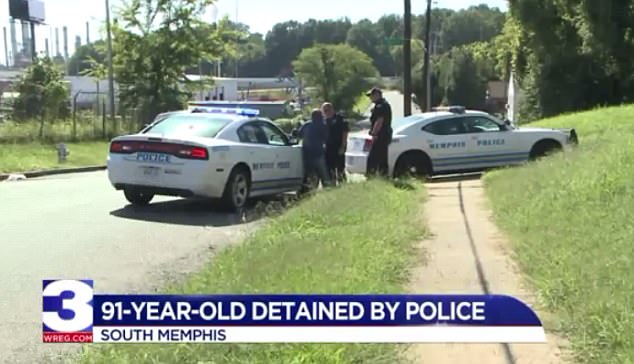 Thurmond said he uses the stick to fend off dogs and never threatened the officers.

‘He never raised his stick up in a threatening manner. They roughed him up, they threw him on the car as if he was some young thug,’ said witness Carl Randolph.

Police made Thurmond sign a citation at around 4pm on Thursday. None of what witnesses say appears in the citation.