Cops have arrested a suspect in the murder of an 11-year-old Southern California girl, making a break in the nearly 50-year-old case.

Newport Beach Police announced on Tuesday evening they made a breakthrough in the murder of Linda Ann O’Keefe, who disappeared on July 6, 1973, and arrested an unidentified suspect.

Sources say that police arrested a male suspect in Colorado Springs, Colorado on Monday in her death, according to ABC News.

Police gave no further details beyond the arrest and will hold a press conference Wednesday morning.

Police have arrested a man in the decades-old murder case of 11-year-old California girl Linda Ann O’Keefe whose body was found strangled to death on July 6, 1973 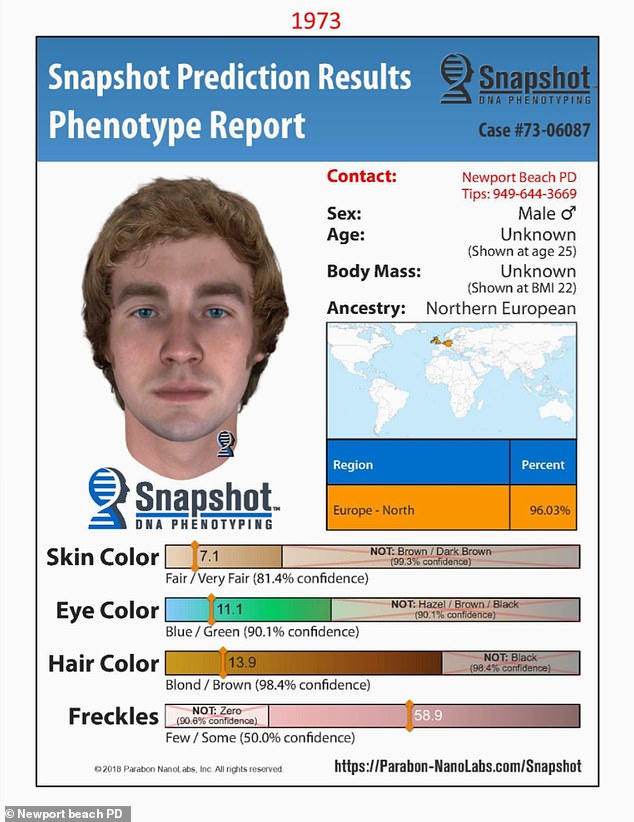 A male suspect in Colorado Springs, Colorado was arrested on Monday in her death. A DNA-generated image of what her killer might have looked like 1973 above 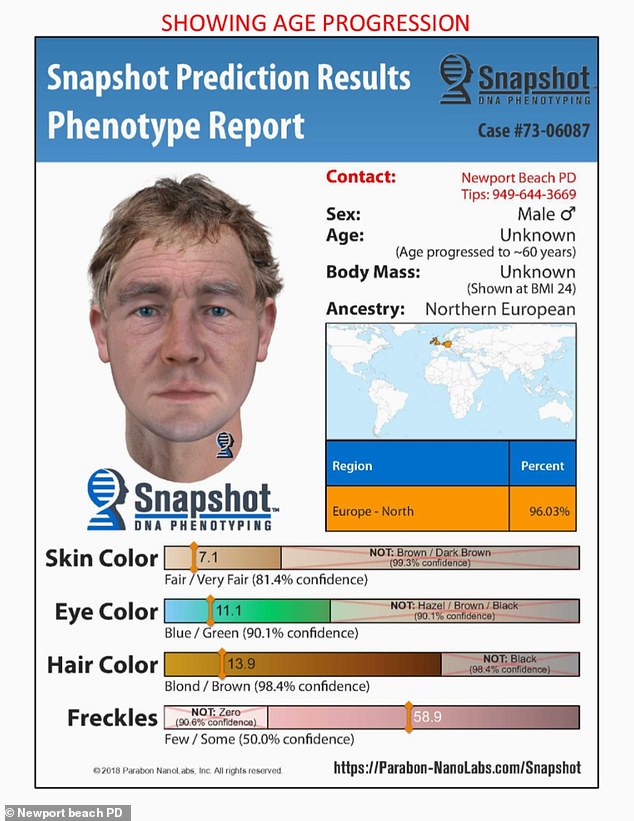 The case went cold for decades then on July 7, 2018 – exactly 45 years after she was found – cops released images based on DNA of the suspected killer showing what he might have looked like in 1973 and what he’d look like now

He did say that Colorado Springs Police assisted in the investigation.

‘Our hearts go out to the victim and the victim’s family in this case, having to endure decades without answers. We will make sure that the defendant is fairly and justly held accountable in a court of law,’ he added.

O’Keefe vanished in 1973 while she was walking home from school in Newport Beach.

She was last seen near a turquoise van speaking to a white man in his mid-20s or early 30s, according to witnesses. 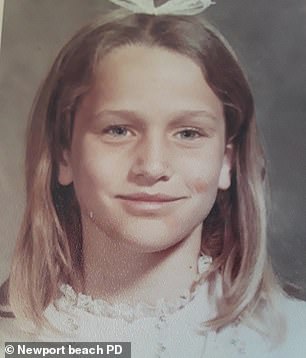 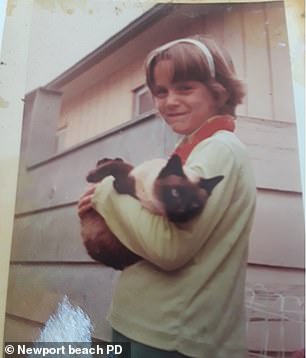 Linda disappeared as she was walking home from school on July 6, 1973 and her strangled body was found the following day 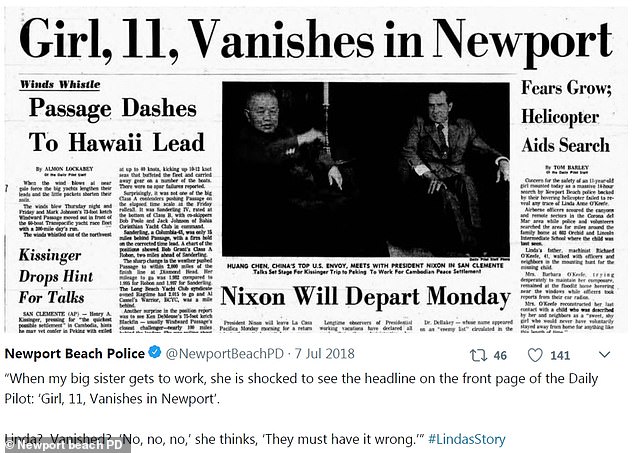 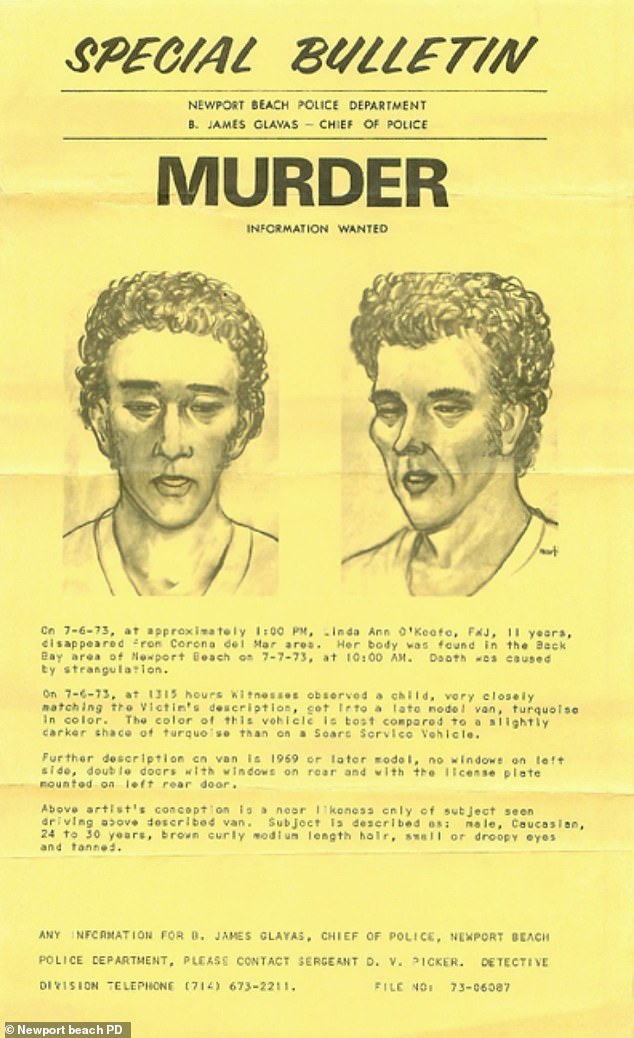 At the time of the murder, a police bulletin (pictured) showed a sketch of person of interest

Her strangled body was found the following day in the Back Bay area.

She was discovered by passing bicyclists who called police.

Her case went cold and her assailant free until July 7, 2018, exactly 45 years after her body was found, when the Newport Beach Police Department announced a lead in her case.

The police department shared a series of tweets in Linda’s voice saying ‘Hi. I’m Linda O’Keefe…Forty-five years ago today, I disappeared from Newport Beach. I was murdered and my body was found in the Back Bay. My killer was never found. Today, I’m going to tell you my story.’ 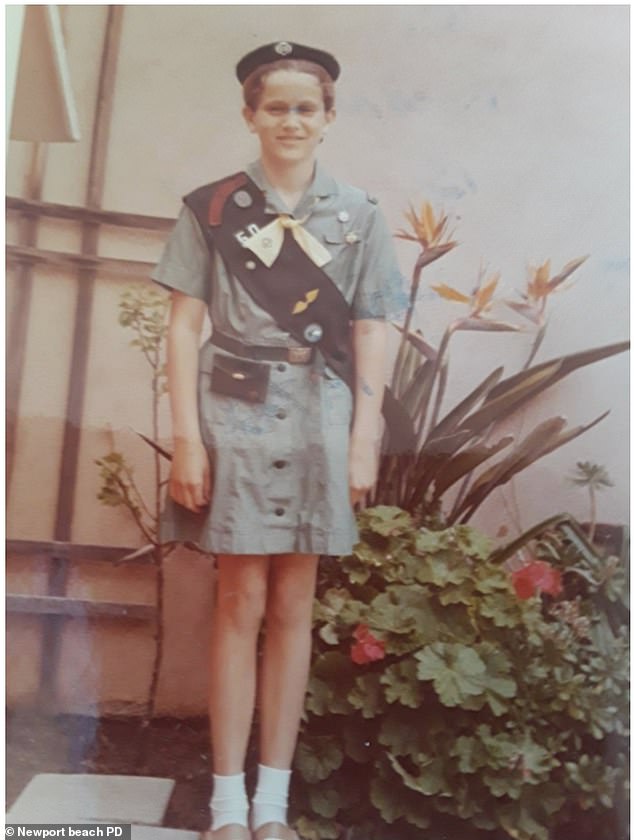 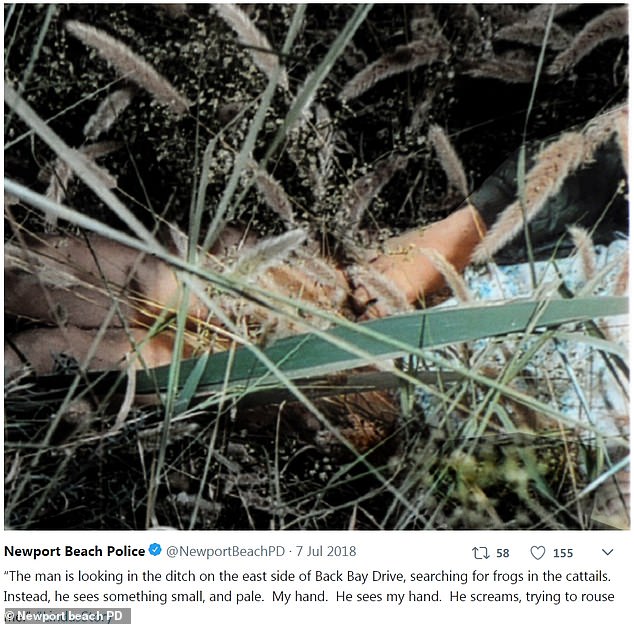 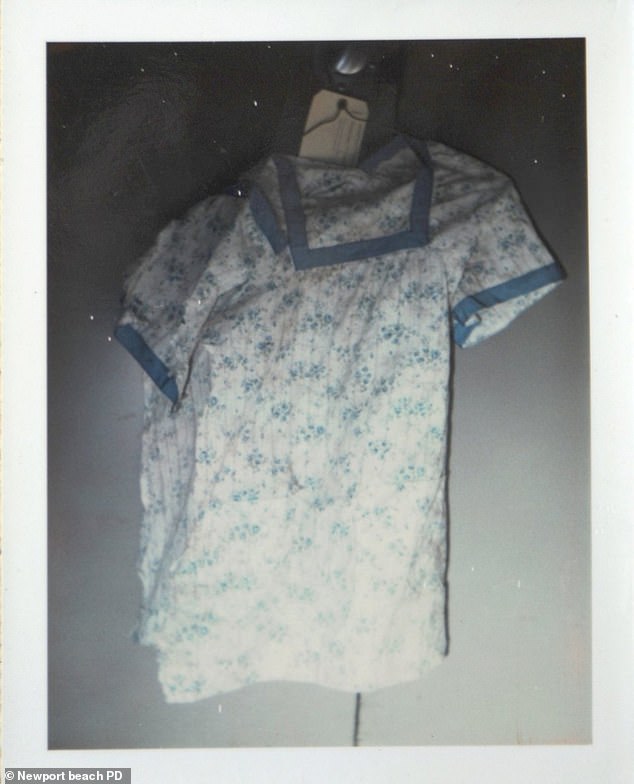 In one of the tweets, the police department tweet about the dress Linda was last seen in 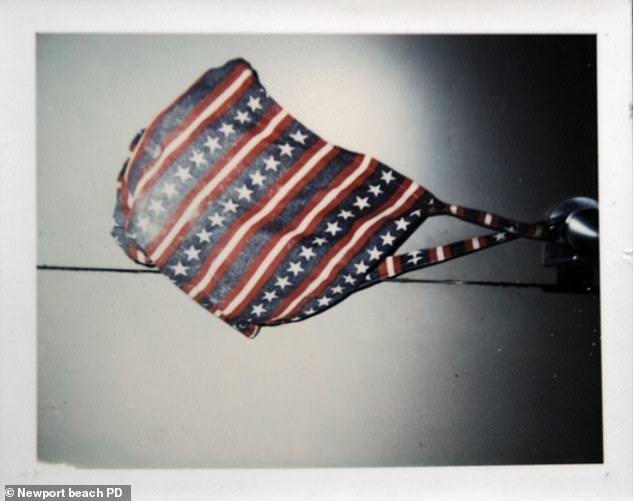 The department then announced there was a new lead – images of the suspected killer and what he might have looked like in 1973 and what he’d look like now.

The images were based on DNA evidence used to predict his eye, hair and skin color as well as face shape.

‘Years have passed since this heinous murder, but the (department) remains dedicated to justice for Linda, and committed to finding her killer,’ the department said.