Cops arrest one juvenile and man, 18, after launching hunt for males who attacked blind man on train

Darion Rivers, 18, was charged with two counts of assault for the incident where a blind man was assaulted in Washington D.C.

Police have arrested two teenage boys believed to have attacked a blind passenger who bumped into one of them on a Washington D.C. subway train Monday morning.

After the suspects were caught on camera authorities said they knew who they were looking for and released images to the public earlier this week.

The 7000 series train was fitted out with recording equipment and the two assailants turned themselves in to Metro Transit Police, the Washington Post reports.

Rivers, of St George’s County in Maryland, was allegedly with the juvenile suspect when the victim boarded the packed Red Line train at Rhode Island Avenue Station around 7.45am.

D.C. Transit cops said the assaults took place as the blind man, 44, accidentally grazed one of the suspects when he boarded the train headed for Shady Grove with his service dog.

The pair of suspects then allegedly responded by pushing and threatening the victim. 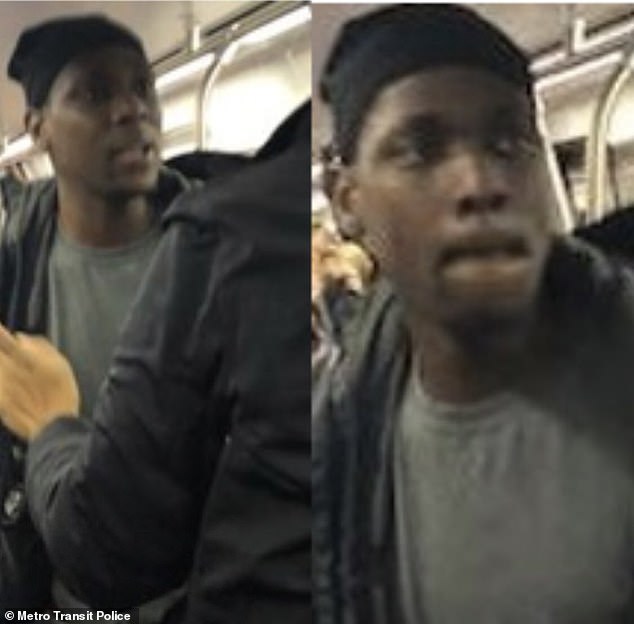 The train was crowded with morning commuters and riders were pushing their way onto the train when the incident happened around 7.45am.

One passenger told PoPville one of the suspects replied to the man after being made aware he was blind: ‘Don’t push me again, you blind motherf***er, or I’ll smack the s**t out you.’

The witness continued that when another woman intervened, ‘the younger one with a Band-Aid on his face’ grabbed her umbrella and said: ‘B***h, shut your a** up before I smack the s**t out you, too.’

After telling the males she was on the phone to police and letting them know they were assaulting people, the witness claims the male then threatened to assault the woman further.

‘I ain’t assault no one, b***h. I got all these witnesses on the train. I’m about to assault you though, you keep running your b***h-a** mouth.’

The suspects allegedly tried to grab the woman’s phone when she tried to call the police, but she managed to cling onto it. 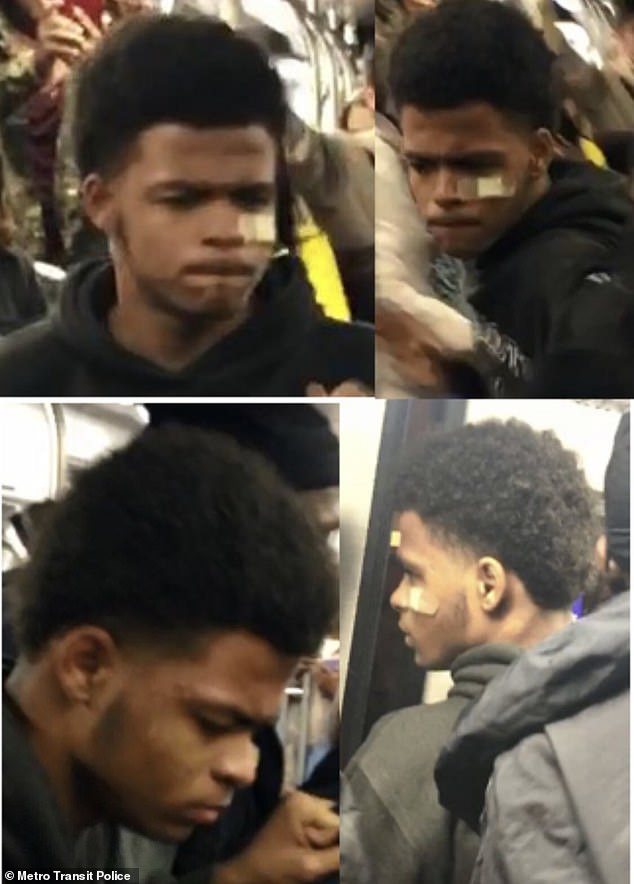 The suspects then verbally assaulted a witness who tried to intervene and snatch her phone. The second male arrested was a juvenile whose name law enforcement did not release 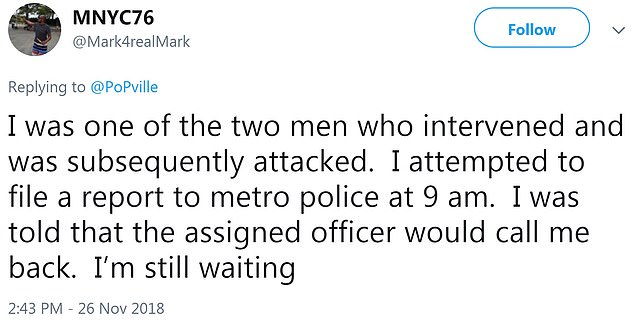 The woman was also able to record video of the altercation between the two suspects and the blind man as the train continued on its journey.

It resulted in a number of other people stepping in to protect the blind man from the pushing and shoving by the suspects.

The passenger who wrote to the website disembarked two stops later at NoMa Galludet U station and said they witnessed a brawl break out as the train pulled away.

Monday’s incident was reported to a station manager at the next stop but they failed to intervene, allegedly replying: ‘Yeah, we know. The cops are taking care of it.’

But it’s not clear whether officers immediately investigated.

One man who said he was assaulted on the train tweeted: ‘I was one of the two men who intervened and was subsequently attacked. I attempted to file a report to Metro Police at 9am. I was told that the assigned officer would call me back. I’m still waiting [as of noon].’

The victim did not report any injuries and he did not need medical attention, according to a police report.