A woman climbed into a dog house in a random person’s backyard to evade arrest from police.

Surveillance footage captured the moment an unidentified woman climbed into the dog house after attempting to hide in someone’s home.

The woman was a passenger in a stolen vehicle when she ran from police into a homeowner’s backyard in Riverside, California, on Tuesday.

The police threatened to unleash a K-9 on the woman before she agreed to climb out of the dog house. 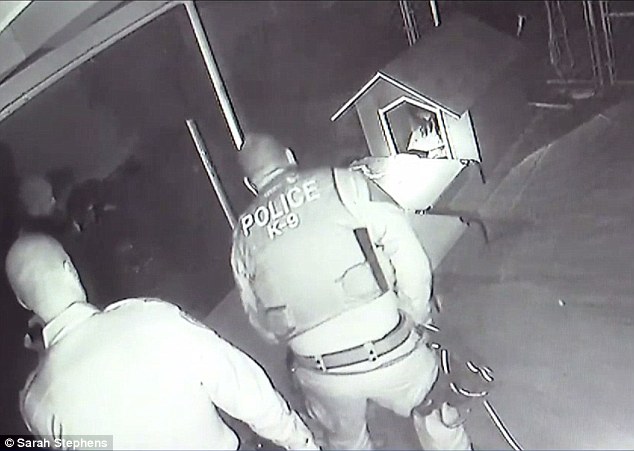 The woman attempted to hide in a dog house before she was captured by Riverside, California, police

Homeowner Sarah Stephens woke at 12.30am to a noise in her backyard.

When she turned on her backyard’s surveillance camera, she saw a woman attempting to enter their home before climbing into her dog’s house.

‘I ran and woke up my husband and called the cops,’ she told NBC 7 San Diego.

Stephens said her husband then grabbed a bat and she grabbed a shotgun preparing to confront the intruder to protect their 10-year-old son.

But the Riverside police shortly arrived and handled the situation without the pair having to get involved. 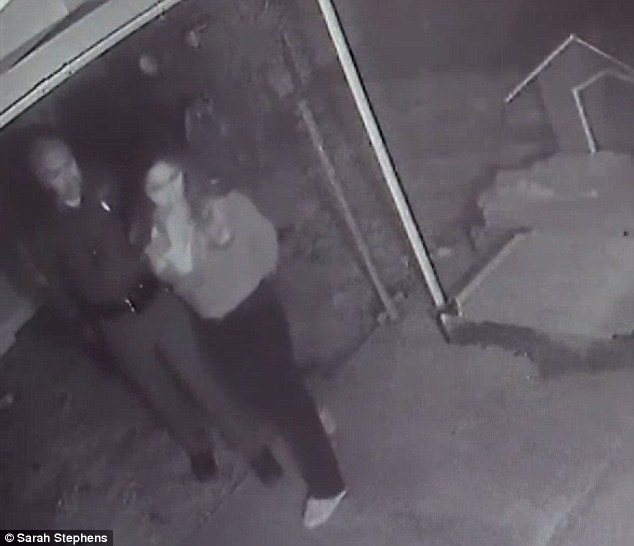 Police said the woman would have faced no charges had she not run. She was arrested for obstruction of justice

The woman reportedly apologized to the husband as she was leaving the backyard in handcuffs and said he had a nice dog house.

Police said that had the woman not run when they pulled the stolen vehicle over, she would have never gotten into any trouble.

But the woman now faces a misdemeanor for obstruction of justice.

The alleged driver, 18-year-old Angelo Calamandrei, was arrested for evading police officers and stealing a car.

He was found by police hiding in a nearby yard.