A group of cops in Tennessee are under investigation for holding a black man on the ground while he kicked, flailed and said he couldn’t breathe in May while arresting him for giving them a fake name and lying in the street.

Reginald Arrington Jr., 32, was arrested on May 23 after being reported to police in Ooltewah, Tennessee, by a woman who claimed he was walking around the neighborhood, asking women for directions.

The woman who called 911 said he seemed to have a weapon in his pocket. When police approached him, he was walking down the street.

He at first gave them a fake name then, according to a police report, started emptying his pockets and lying on the ground shouting that he ‘didn’t want to be shot’.

Reginald Arrington Jr., 32, was arrested on May 23 in Tennessee for giving police a fake name. A woman had called the police saying he was approaching women and asking them for directions and that he may have had a weapon 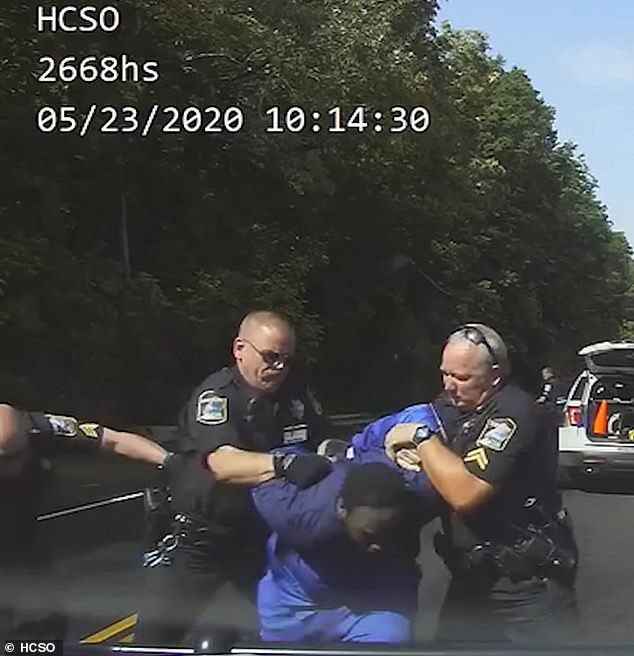 Arrington became ‘erratic’, according to the police report, and was struggling with the officers 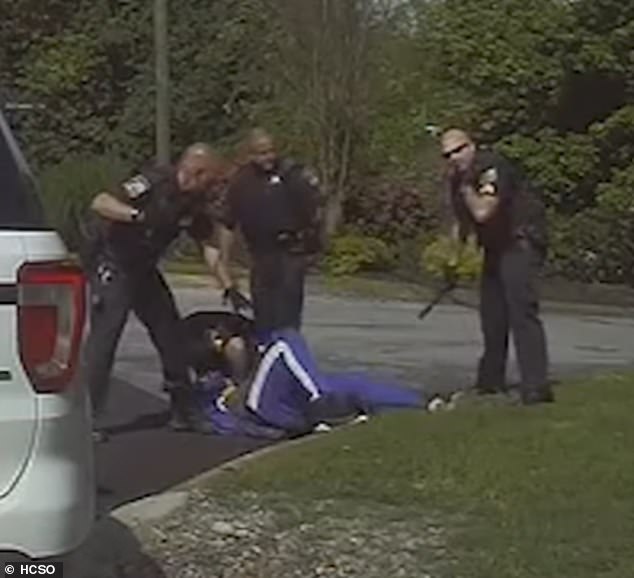 A different dashcam caught him on the ground, allegedly after lying down and screaming that he didn’t want to be shot 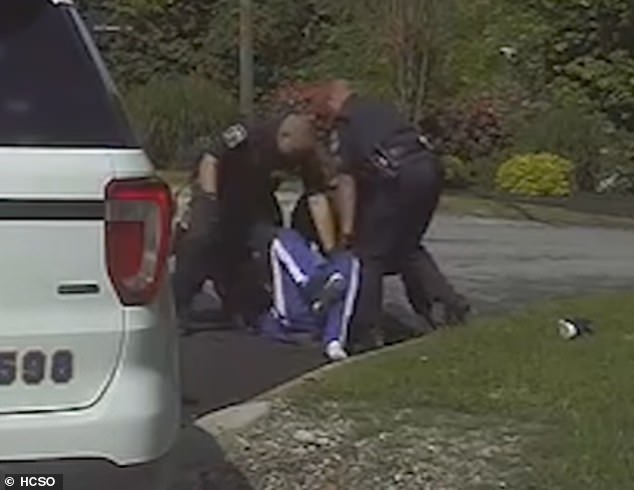 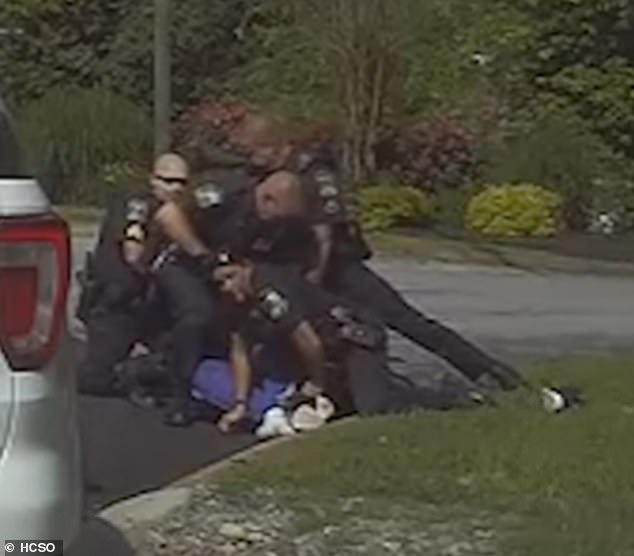 The police report claims he was behaving ‘erratically’ and reached for one of the officer’s guns.

Dashcam footage of the incident, that was released this week, shows a scuffle but at no point is he seen clearly reaching for one of the officer’s weapons.

The video does show him continuously struggling, kicking his feet and screaming as multiple officers hold him down and at least two smack his legs with their batons.

At one stage in the video, he yelled: ‘I can’t breathe. 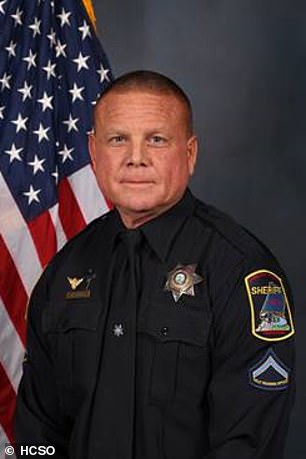 The officers, once he was in handcuffs, then lifted him into the vehicle.

He was still conscious but was out of breath and sweating profusely so an ambulance was called.

The DA has now dropped all the charges against him and the cops involved are being investigated.

‘I have not made a final determination on anything related to this case. 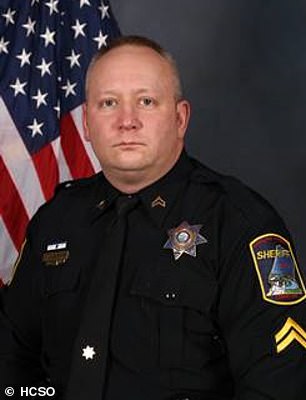 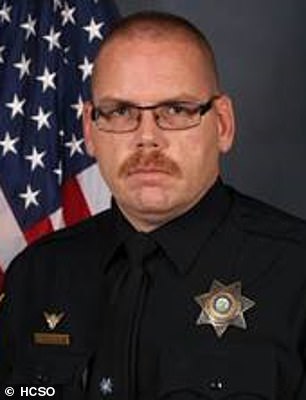 Brian Killingsworth and Todd Cook are among those under investigation 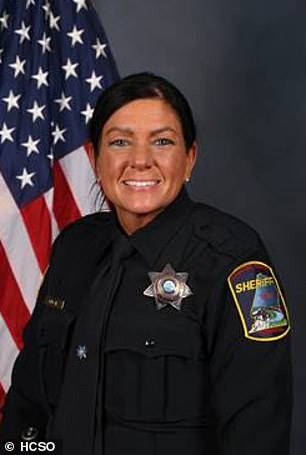 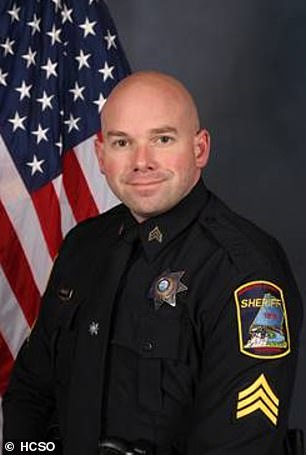 ‘But what I saw in the videos was troubling.

‘That’s why I’m requesting a thorough investigation to ascertain whether or not excessive force was used in this incident,’ he said. 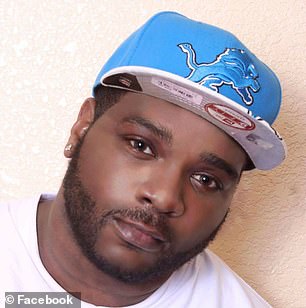 Reginald Arrington Jr. was taken to the hospital because he was sweating profusely and was short of breath. The charges against him were dropped

He said: ‘By hastily dismissing charges and releasing this video without allowing a legal, preliminary probable cause hearing to take place, I feel General Pinkston’s actions will improperly influence and sensationalize the events of this incident to the public without allowing the legal process to effectively take place.

‘Effectively, what General Pinkston has chosen to do is indict my deputies in the court of public opinion prior to facts being presented in a court of law.’

He said that Arrington Jr. had become ‘combative’ when he was being taken into custody.

‘As sheriff, it has always been my intention that this agency stand firm and remain transparent even in the harshest light of public scrutiny.

‘However, I cannot sit back and remain idle while my deputies have their right to be heard infringed upon,’ he said.

Arrington Jr. has not commented on his arrest.