‘Cops will have to carry me out in cuffs’: Michigan barber, 77, vows to keep his shop open

A elderly barber in Michigan has vowed to keep his doors open despite being ticketed by police for violating shutdown orders issued in the midst of the coronavirus pandemic.

Dramatic pictures show cops arriving at 77-year-old Karl Manke’s barbershop in Ossowo on Wednesday, where they handed  him with the citation in front of a crowd of customers waiting for a haircut.

Manke now faces a $1000 fine and possible license sanctions, but the defiant barber says he will continue to cut hair.

‘I’m not going to close up unless they handcuff and carry me out of here,’ he told The Associated Press.

‘I’m making a living. If I have to spend it all on court costs, I’ll do it. I’ll recover.’

Gov Gretchen Whitmer has ordered all non-essential businesses to stay closed until at least May 15. Barbershops and salons have been shuttered across Michigan since March 21.

Dramatic pictures show cops arriving at 77-year-old Karl Manke’s barbershop in Ossowo, Michigan on Wednesday, whether they issued him with the citation for reopening his business 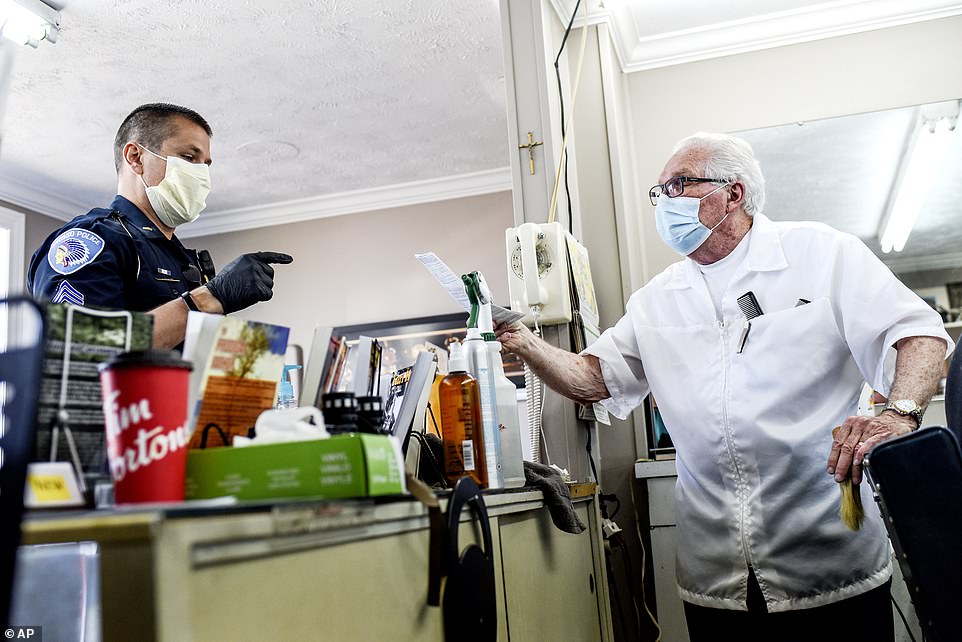 Manke now faces a $1000 fine and possible license sanctions for defying executive orders put in place by Gov Gretchen Whitmer. Barbershops and salons have been shuttered across Michigan since March 21 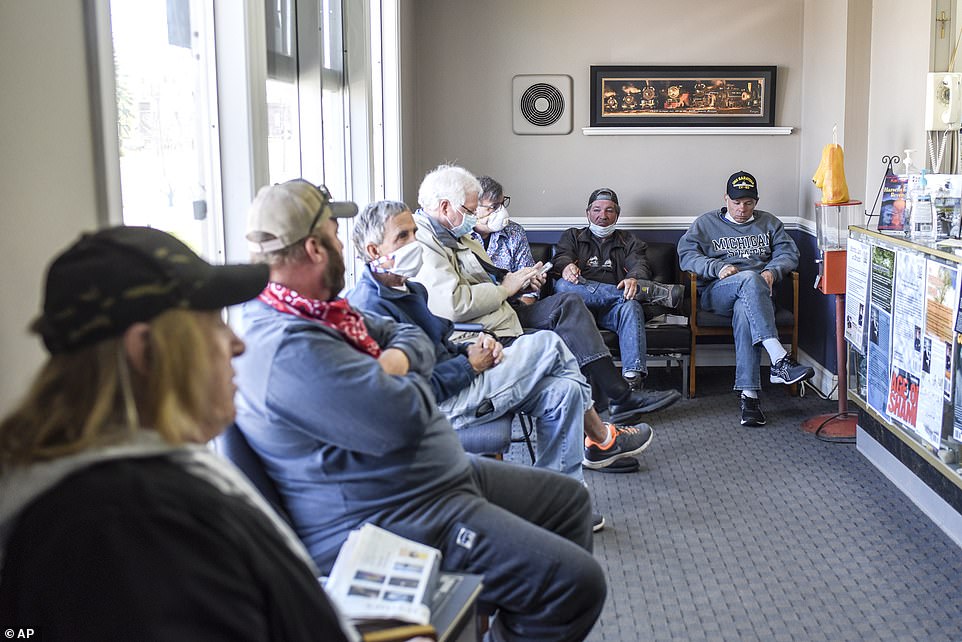 Customers are pictured waiting in line for a haircut prior to police arriving on Wednesday. Manke worked 14-hour days Monday and Tuesday to keep up with demand 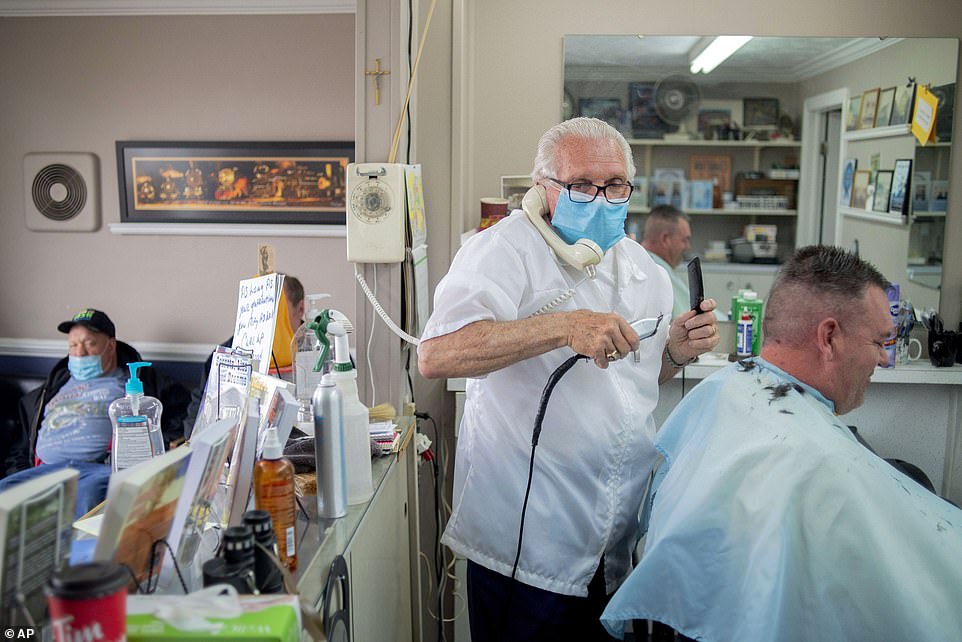 Manke – who has been a barber for 60 years – decided to reopen on Monday, saying six weeks without work had left him in ‘despair’.

‘It collapsed me, mentally, physically and spiritually,’ Manke told The Lansing State Journal.

He later told Michigan Live that he had run through his credit and was having trouble accessing unemployment payments and stimulus funding.

‘I can’t go that long without an income, I just can’t do it,’ he stated.

On Monday, Manke worked from 10am until midnight, servicing a steady stream of customers – some of whom had traveled from three hours away.  He pulled another 14-hour shift on Tuesday.

‘It’s hard, but I love doing it. I’m so grateful I can make a living again.’ 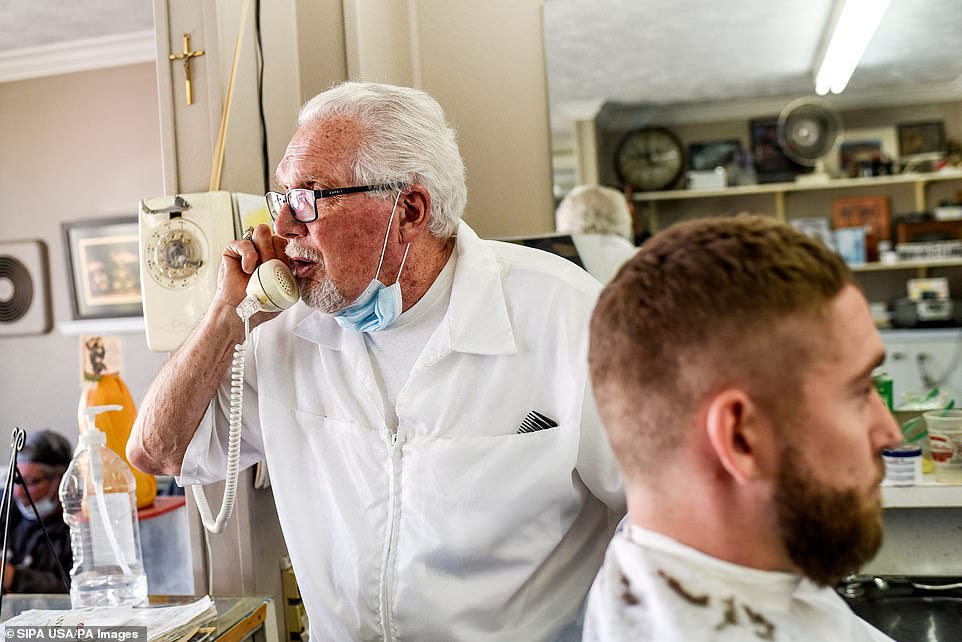 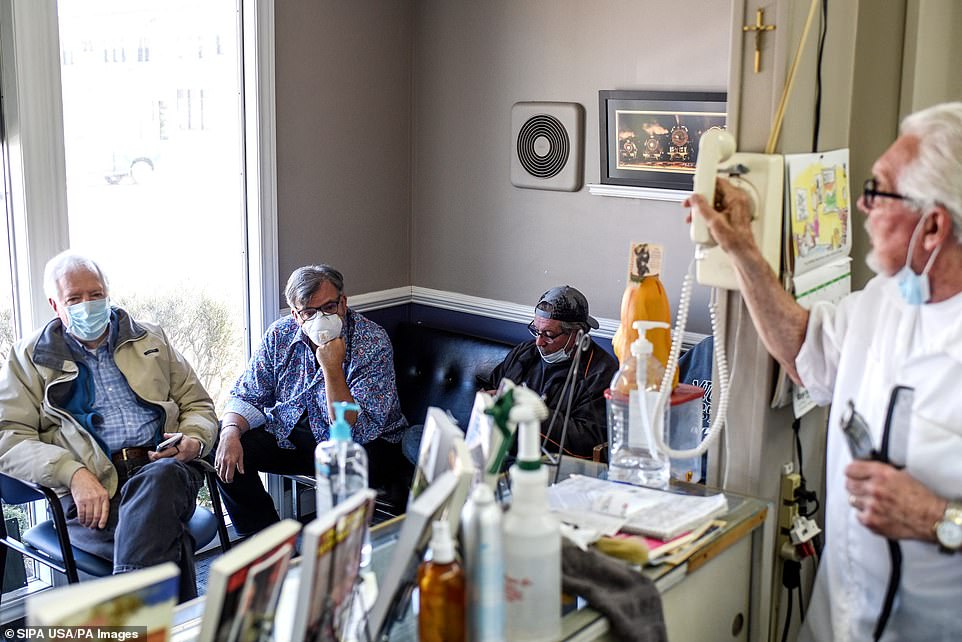 Customers are seen waiting patiently for one of Manke’s haircuts. He has been a barber for 60 years

On Wednesday, cops arrived at the barbershop and issued Manke with the citation, but he continued to keep cutting hair.

Despite facing a hefty fine for violating government orders, the barber says he is doing all he could to keep clientele safe.

Waiting customers were seated six feet apart and scissors, clippers, combs and razors were sanitized under a UV light.

Manke also wore a mask and made sure to wash his hands after each cut.

‘I don’t need the governor [Whitmer] to be my mother,’ he told Michigan Live.

‘I have one. God bless her, she’s gone now. I don’t need another mother. I can make these adult decisions myself’. 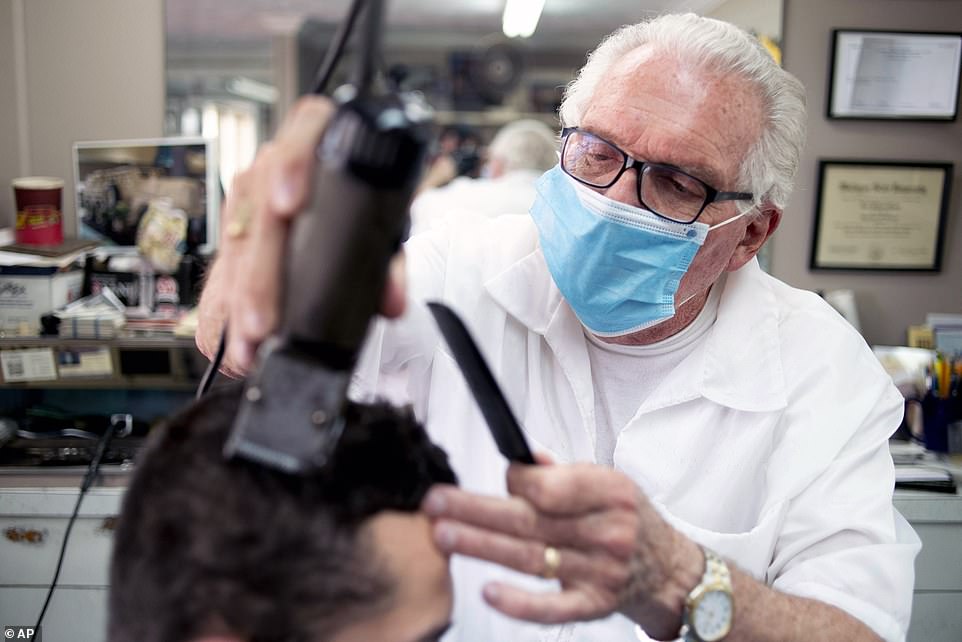 Despite facing a hefty fine for violating government orders, Manke says he was doing all he could to keep customers safe

Gov  Whitmer has extended stay-at-home orders until at least May 15.

Manke told Michigan Live he was not trying to make a political statement, and does not discount the seriousness of COVID-19.

However, he says: ‘This is something that’s going to be with us for a while. We have to live with it.’ 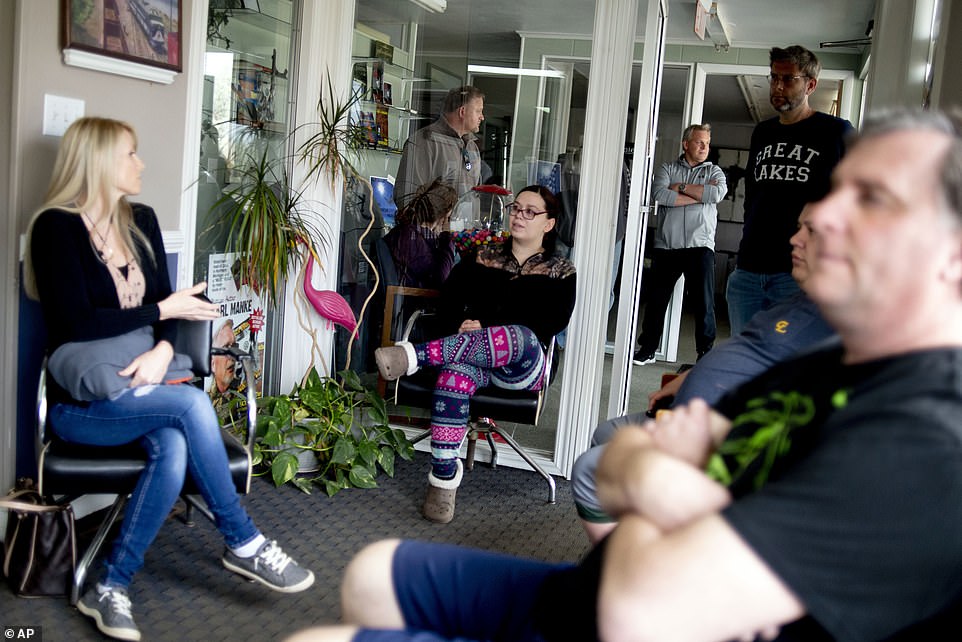 Customers are seen waiting inside the barbershop on Tuesday