A Labour MP claims the party has been ‘too apologetic’ over accusations of widespread anti-Semitism.

Chris Williamson, a close ally of Jeremy Corbyn, said at a Momentum event in Sheffield tonight that Labour ‘backed off too much,’, following the resignation of nine MPs, some of whom cited growing anti-Semitism within the party.

The Derby North MP even admitted he toasted the resignation of Joan Ryan, the MP for Enfield North who slammed the party of ‘anti-Jewish racism’, with a rendition of ‘Celebration’ by Kool and the Gang.

Labour MP Chris Williamson (pictured with Labour leader Jeremy Corbyn during the 2017 election campaign) said at a Momentum event in Sheffield tonight that the party ‘backed off too much’, following the resignation of eight MPs last week 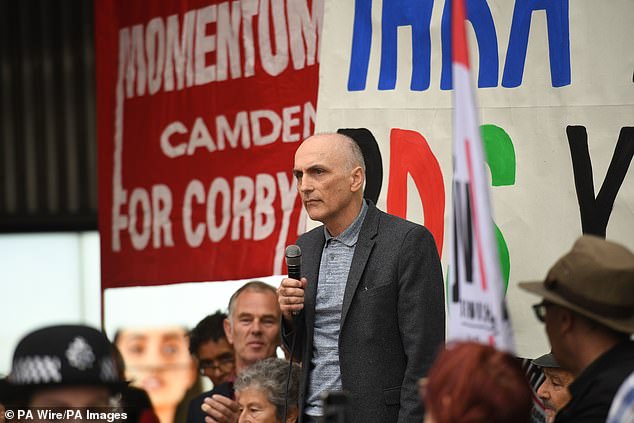 Chris Williamson, a close ally of Jeremy Corbyn, said at a Momentum event in Sheffield tonight that Labour ‘backed off too much,’, following the resignation of nine MPs, some of whom cited growing anti-Semitism within the party

He told the meeting: ‘The party that has done more to stand up to racism is now being demonised as a racist, bigoted party.

‘I have got to say I think our party’s response has been partly responsible for that because in my opinion… we have backed off too much, we have given too much ground, we have been too apologetic.’

In a move that will do nothing to dispel the feeling that Corbyn’s Labour has so far failed to take the claims seriously, Mr Williamson joked that Ms Ryan would likely have heard his singing as her parliamentary office is near to his.

Ms Ryan quit Labour last week following the earlier resignations of seven of her colleagues, to form a new Independent Group of MPs.

Speaking at the time she blamed a ‘culture of anti-Semitism’ within Labour for her departure.

Mr Williamson’s comments come as the leader of Momentum admitted that Labour had ‘under-estimated’ anti-Semitism in its ranks and has a ‘much larger’ number of racist members than previously thought. 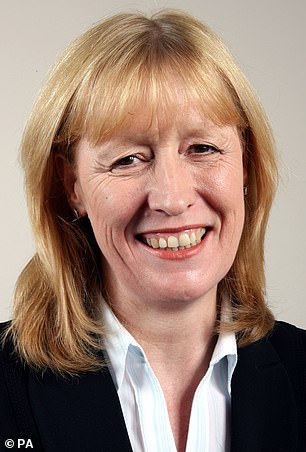 Jon Lansman, who founded the hard-left campaign group out of Jeremy Corbyn’s first leadership campaign, said Labour had to be more proactive to find anti-Semites.

But he rejected claims from Labour deputy leader Tom Watson that Mr Corbyn should take personal charge of the fight to root out abuse.

Labour’s deputy leader has become the focus of resistance to Mr Corbyn after eight MPs quit the party over anti-Semitism to set up the new Independent Group.

Mr Watson has moved to create a new group inside Labour to promote the ‘social democrat’ tradition represented by many MPs who do not endorse Mr Corbyn’s far left-wing agenda.

Meanwhile, Labour has declined to comment on reports that Mr Corbyn is to meet former justice secretary Lord Falconer of Thoroton to discuss how the party can tackle the issue of anti-Semitism.

Mr Corbyn was said to be considering asking the peer, a former flatmate of Tony Blair, to be the party’s anti-Semitism surveillance commissioner, with full oversight of how it handles complaints and decision-making processes.

Mr Lansman – who is himself Jewish – told BBC Radio 4’s Today programme that he was ‘extremely upset’ by Ms Berger’s departure, adding: ‘I think any Jewish member of the party leaving the party because of anti-Semitism is a source of tremendous regret and sadness and some shame.’

He rejected Ms Berger’s claim that the party is ‘institutionally anti-Semitic’.

But he said: ‘I do think we have a major problem and it always seems to me that we under-estimate the scale of it. I think it is a widespread problem.

‘I think it is now obvious that we have a much larger number of people with hardcore anti-Semitic opinions which unfortunately is polluting the atmosphere in a lot of constituency parties and in particular online. We have to deal with these people.’