A furious Corbyn ally demanded one of his colleagues join the Tories after he berated the Labour leader over his claim to be a ‘robust critic’ of Russia.

John Woodcock staged an extraordinary intervention in the Commons to denounce Mr Corbyn for lying about his record.

MPs on both sides of the House laughed out loud at Mr Corbyn as he made the claim in a debate about Russia and national security.

But after Mr Woodcock broke in to insist the veteran-left-winger’s statement was ‘not true’, fellow MP Chris Williamson turned on him and shouted that he should cross the floor and sit with the government.

An unmoved Mr Woodcock merely put his hand to his ear and looked scathingly at the prominent Corbynista.

The angry spat in the Commons last night exposed the scale of the tensions among Labour MPs amid a renewed outcry at Mr Corbyn’s performance.

After John Woodcock broke in to denounce Mr Corbyn last night, fellow MP Chris Williamson turned on him and shouted that he should cross the floor and sit with the government 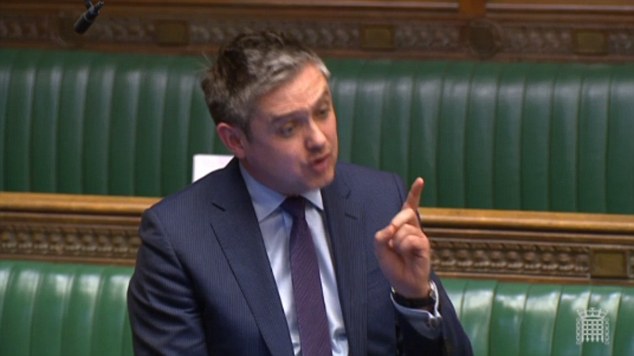 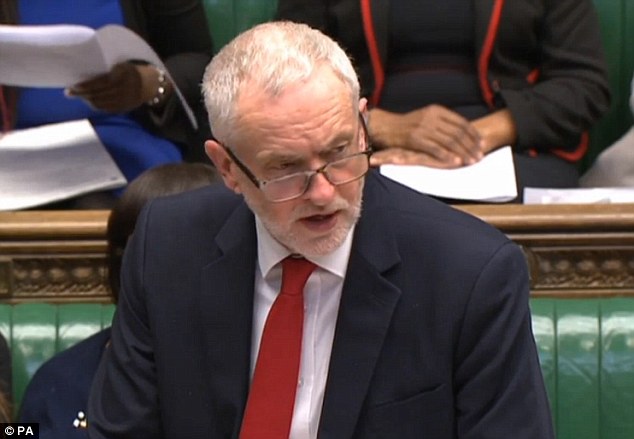 Many MPs are unhappy with how he has handled Russia’s nerve agent attack on ex-double agent Sergei Skripal in Salisbury while the party is also mired in a new anti-Semitism storm because of a 2012 Facebook post by Mr Corbyn.

Mr Corbyn told MPs he had been ‘a robust critic of the actions of the Russian government for more than 20 years’.

The Labour leader said he had opposed abuse in Chechnya, the oppression of LGBT rights and ‘dodgy laundering by Russian oligarchs of money through London’.

Mr Woodcock, a frequent critic of Mr Corbyn, immediately intervened to demand: ‘I was not intending to intervene in this, but I cannot actually let that remark go by.

‘I’ve sat here reading his article in the Morning Star after Russia annexed part of Ukraine, where the strongest criticism he makes there is ‘on Ukraine, I would not condone Russian behaviour or expansion, but it is not unprovoked’.

‘And then into the usual criticism of the US and Nato and UK policy.

Tory MPs screamed ‘more’ after Mr Woodcock’s remarks, while Mr Corbyn said: ‘I thank my honourable friend for his usual helpful intervention. Thank you very much.’

Conservative Tom Tugendhat, chair of the Foreign Affairs Select Committee, claimed Mr Corbyn’s speech had been ‘a demonstration of moral relativism’ and an ‘apologia in many ways’ for a regime that has ‘done nothing to justify the explanations that have been permitted it’.

He said: ‘We’ve had obfuscation, we’ve had deception, dissimulation: we have had all the tricks and all the turns that we are used to when we talk about a regime that has institutionalised lies, deception and dishonesty, not as Churchill put it as vanguards for the truth but instead of the truth.

‘These are not attempts to succeed to build a better world but to destroy one that is trying to serve the people of these islands and our allies and friends.’