Corbyn REFUSES to say he would order White Widow strike

Jeremy Corbyn today refused to say he would have ordered the drone strike that killed the ‘White Widow’ terrorist.

The Labour leader said terror suspects should face trial if possible and insisted he would want to know all the facts before ordering a strike.

Asked directly if he would have ordered this drone strike Mr Corbyn said it was a ‘hypothetical’ question. 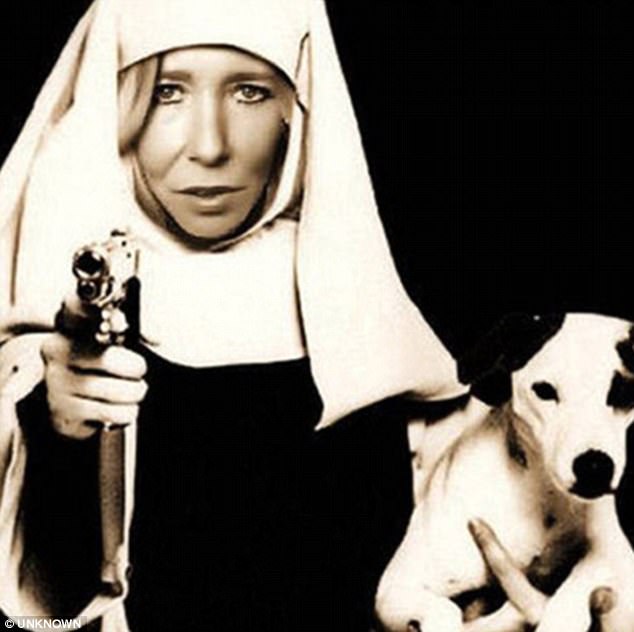 The onetime punk rocker from Kent went to Syria with her son in 2013. A former L’Oreal saleswoman, she lived in a council house in Chatham before fleeing to Syria in 2013, after falling for hacker jihadi Junaid Hussain online. Now she has reportedly been ‘zapped’ by an American drone. Pictured: A composite image of Jones, which first appeared on her Twitter account, showing her dressed as a nun while pointing a gun at the camera and holding a dog – a direct copy of the front cover of the novel Divorcing Jack

It emerged last night that Sally Jones, a British jihadist who became known as the White Widow, has been killed in a US drone strike while attempting to flee the ISIS capital Raqqa. .

The onetime punk rocker from Kent, fled to Syria with her son in 2013 before becoming a recruiter for the ISIS terror group.

She was killed by a Predator missile near the border of Iraq and Syria four months ago as she tried to flee the group’s stronghold in Raqqa, it is understood.

Interviewed by ITV News, Mr Corbyn was asked if we would have ordered the strike.

He said: ‘I think it’s difficult to give an answer to that question which is hypothetical.

‘We have to look at very carefully the effects on the civilian population of any bombing that takes place before any such decision is made.

‘You have to look at all the facts first.’

He added: ‘I think people who have committed crimes ought to be put on trial.’ 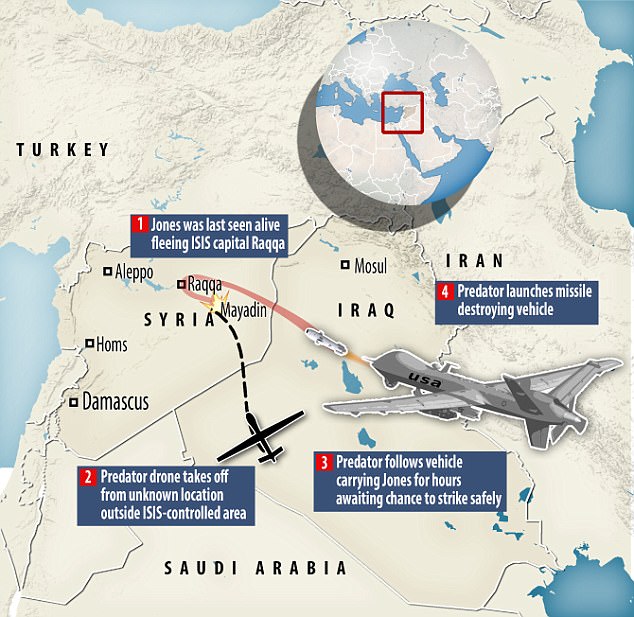 According to the report, the CIA told the Government in June that the 50-year-old had been killed by a Predator drone that same month. Pictured: How the terrorist was killed in Syria

Mr Corbyn has been repeatedly criticised for being weak on national security for refusing to say he would sanction strikes on Britain’s enemies.

The Labour leader founded the Stop the War campaign and is a life-long opponent of Western military action.