Jeremy Corbyn has insisted he wants to hand the Elgin Marbles back to Greece if he becomes Prime Minister.

The Labour leader made clear he viewed the ancient statues as ‘stolen’ and they should be returned.

Many Parthenon sculptures have been housed in the British Museum since 1816 after they were bought by the government from Lord Elgin.

Greece has long campaigned for their repatriation, but supporters insist they were purchased legitimately and have been painstakingly preserved in the UK. 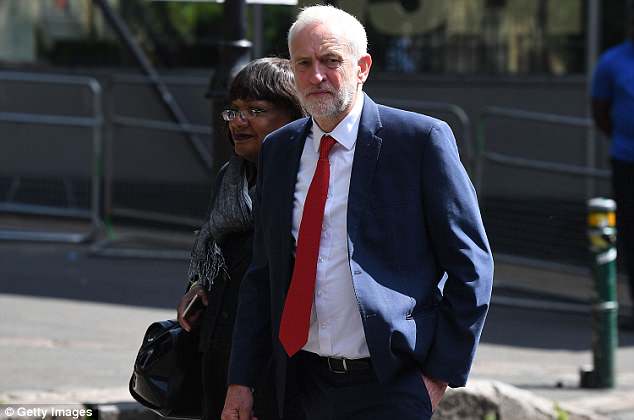 There have been warnings that giving back the artefacts would trigger requests from dozens of other countries for the repatriation of artworks in British museums.

In an interview with Greek newspaper Ta Nea, Mr Corbyn reiterated his opinion that ‘the Parthenon sculptures belong to Greece’.

‘They were made in Greece and have been there for many centuries until Lord Elgin took them,’ he said.

‘As with everything stolen or removed from a country that was in the possession or colony – including objects looted from other countries in the past – we should also begin constructive talks with the Greek government on the return of the sculptures.’

‘The British Museum is independent of government and it is their decision what happens to the Elgin Marbles,’ he said.

‘If Corbyn is saying a Labour government is going to ride roughshod over the independence of our museums then what will be next? Will he start dictating what plays can be put on at the national Theatre or what exhibitions can be hosted by our art galleries?

‘He is entitled to his personal opinion but it worries me that he would use his power as prime minister to breach a fundamental principle of how we run the arts in this country.’

Mr Corbyn was a strong supporter of repatriating the marbles before he became Labour leader. Former culture minister Ed Vaizey said Mr Corbyn’s comments suggested he would use his power as PM to breach the independence of the British Museum. Pictured is the PIlissos statue, part of the collection in London

The sculptures used to be on the Parthenon at the top of the Acropolis in Athens.

They were removed by Elgin between 1799 and 1810 after he received permission from the Ottoman empire, which ruled Greece at the time.

Elgin claimed he was worried about damage being done to the marbles, but their removal was criticised at the time by figures including Lord Byron.

According to a House of Commons briefing paper from last year, the UK government’s position is that ‘issues relating to the ownership and management of the Parthenon sculptures are matters for the trustees of the British Museum’.