Jeremy Corbyn today said that backing a second Brexit referendum ‘is an option’ as he called for Britain to stay locked into an EU customs union permanently.

The Labour leader insisted he could do a better job of the Brexit talks than Theresa May.

And he blasted the PM’s divorce package – saying it will make Britain poorer and not guarantee workers rights.

But he admitted that he has not read all of the Brexit divorce bill – which runs to over 500 pages.

And he also said Labour could back another referendum – dubbed a People’s Vote.

It comes just a day after his trusted lieutenant  John McDonnell yesterday admitted another referendum is now more likely than  a General Election.

Jeremy Corbyn today said that backing a second Brexit referendum ‘is an option’ as he called for Britain to stay locked into an EU customs union permanently.

Mr Corbyn tried to swoop on the chaos rocking Mrs May’s government to say Laboour could do a better job at the crunch talks with Brussels.

Appearing on Sky News ‘Sophy Ridge on Sunday ‘We are saying to the Government, you do not have a majority in Parliament for this., You don’t have a majority of support in the country. You have to go back and do something better.

‘We have got to get in place a permanent customs arrangement with the EU.’

He said that if Britain does not do this then the country will lose out on ‘inmvetsment and development’.

But his comments will infuriate Labour Leave voters who backed Brexit in part because they wanted the UK to break free of the EU ad strike its own trade deals globally. 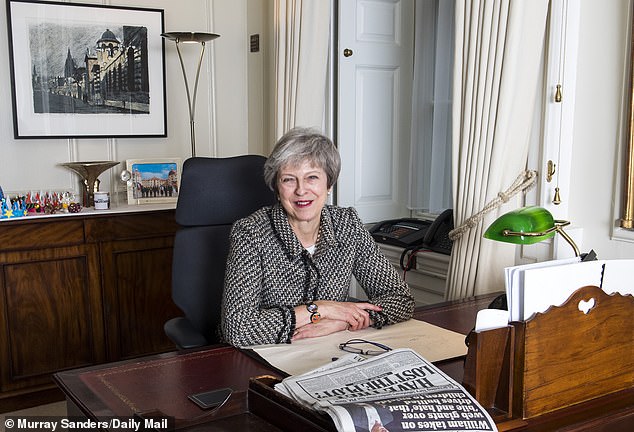 Mr Corbyn  also squirmed in  his seat as he was  challenged by presenter Sophy Ridge about his past history as a Eurosecptic.

He also refused to say  how he would vote in another referendum – saying he would have to see what options were on the ballot paper.