‘I feel robbed!’: Joe Cordina shares pictures of the gruesome hand injury that caused him to be STRIPPED of his IBF super-featherweight world title just four months into his reign… after he was forced to withdraw from Shavkat Rakhimov fight

Joe Cordina has said he feels ‘robbed’ after revealing he has been stripped of his IBF super-featherweight world title after being forced to pull out of his bout with Shavkat Rakhimov.

The Welshman, who became world champion on an exhilarating evening in Cardiff in June, had been due to defend his belt against mandatory challenger Rakhimov however an injury to his hand meant he was forced to withdraw from the fight, due to be held in Abu Dhabi.

Expressing his disappointment on Twitter alongside a photograph of his right hand post-surgery, Cordina said he was ‘gutted’ at the ruling to strip him of his belt.

He wrote: ‘Worked my whole life to become a world champion and I haven’t even had the chance to defend the title.’

Denied the opportunity at his first defence, Cordina and Rakhimov, who stepped aside in June to allow the Japanese fighter Kenichi Ogawa the opportunity against the Welshman, had been due to fight on the undercard of Dmitry Bivol-Gilberto Ramirez.

It has been reported that the decision to strip him of his world title was in part due to the belief that his injury could keep him out until March. 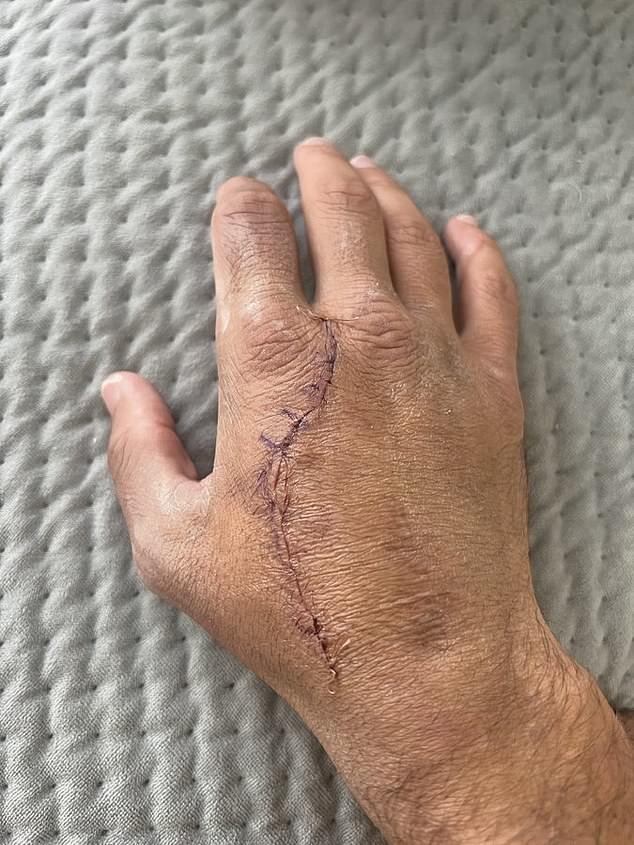 However, fans of Cordina have been left thoroughly unimpressed by the ruling, with many pointing to other instances of fighters not having been dealt with as harshly.

‘Eh? So they introduced interim titles for when champions are out with a long term injury.. Like this!’ David Coldwell, a boxing analyst for Sky Sports, noted.

‘Yet throw interim titles around for the sake of it even when a champion is active. Where’s the sense in this?’

While another wrote: This is disgusting! You got people like Leo Santa Cruz who haven’t defended their title for over three years and they strip you over an Injury before your first defence.

Others urged him to keep his head up, insisting that he will return from his current setback a better fighter.

‘Chin up mate. I’m sure Eddie (Hearn) will work that much harder to get you a big fight,’ one wrote.

‘Gutted for you mate but know you’ll be back stronger,’ another supporter encouragingly wrote.