The mother of late actor Corey Haim, Feldman’s longtime friend and co-star, ripped the actor as ‘a scam artist,’ dubbing his attempt to drum up $10 million on IndieGoGo – an effort he says will out numerous alleged child molesters who prey on Hollywood hopefuls – as ‘a long con.’

Judy, speaking with The Hollywood Reporter on Saturday, said of Feldman: ‘He’s been talking about revealing the names of his and other abusers for seven years, since my son died,’ in reference to her Corey Haim’s death from pneumonia in March of 2010 at the age of 38. 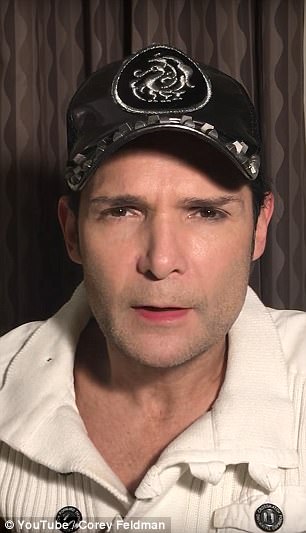 Salvo: Judy Haim (L) called Corey Feldman, 46, a ‘con man’ amid the actor’s recent attempts to drum up $10 million for an expose on child molesters holding high positions of power in Hollywood

She continued, ‘Now he wants $10 million to do it? Come on … if he was serious about this, he’d share the information he has with the police.’

The two have a difference of opinion over what happened to Corey Haim in regards to being molested, as Feldman says it was a repeated occurrence with many predators involved, while Judy believes that her son was molested once by a man, and that there is not an inherent epidemic of pedophilia in Hollywood.

Feldman has no intention of emerging with names, Judy told the publication, and his financially-fueled efforts undermine the experiences of people who were preyed upon by pedophiles.

‘It’s disrespectful to sexual assault survivors and their loved ones in and out of the industry to get their hopes up about uncovering a massive conspiracy, because he will not name names – ever,’ she said. ‘And if these people really are out there, and potentially a danger, why wouldn’t he want to name them right now?’ 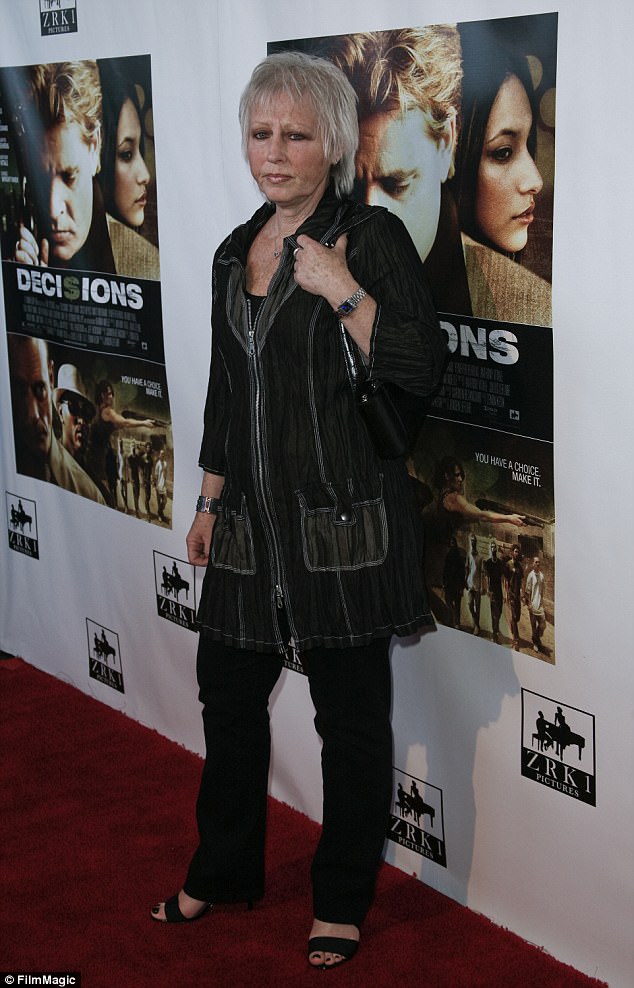 Speaking out: Judy, pictured in 2011 in LA, said that Feldman’s fundraising attempts amount to a ‘long con’ 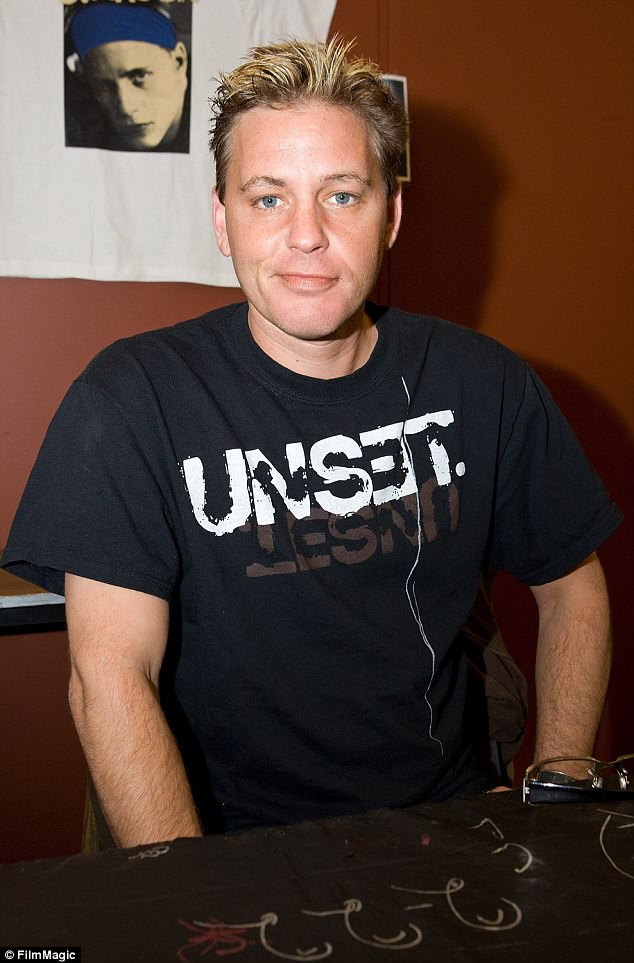 Gone but not forgotten: Haim was snapped in March of 2009 at an event in Indiana, about a year before his premature passing

Judy said that Feldman emerging publicly with the eight-figure fundraising effort is ‘a distraction’ from his October 21 arrest in Lousiana. She added, ‘I don’t understand how the press that’s now giving him all of this attention isn’t getting it.’

Feldman answered back to Haim’s shots via his Twitter account Saturday, calling her ‘a bad woman who vehemently protects evil’ and has created distractions to offset ‘the feelings of true guilt she must bare!’ 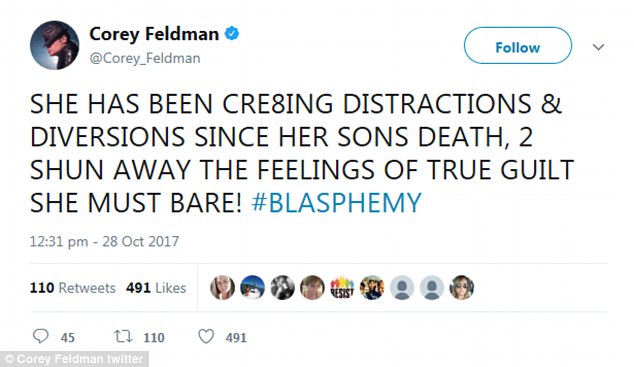 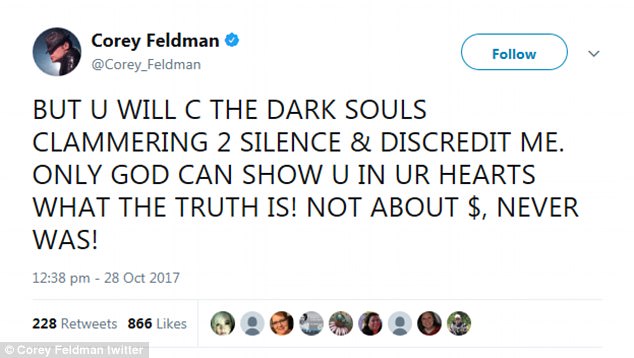 Firing back: Feldman issued a series of tweets in response to Judy Haim’s criticisms

In a YouTube clip Feldman released Wednesday to promote his fundraising campaign, the actor – who appeared alongside Haim in films such as The Lost Boys, License to Drive and Dream a Little Dream – vowed his project ‘will be the most honest and true depiction of child abuse ever portrayed’ and ‘change the entertainment system as we know it.’

Feldman explained his expenses behind the campaign in saying, ‘I will make the film, I’ll direct the film, I’ll produce the film and I will self-distribute it to guarantee that it gets a theatrical release with your donations. Additionally, it will help me buy the security and the legal team that I need to protect my family until the project is released.’ 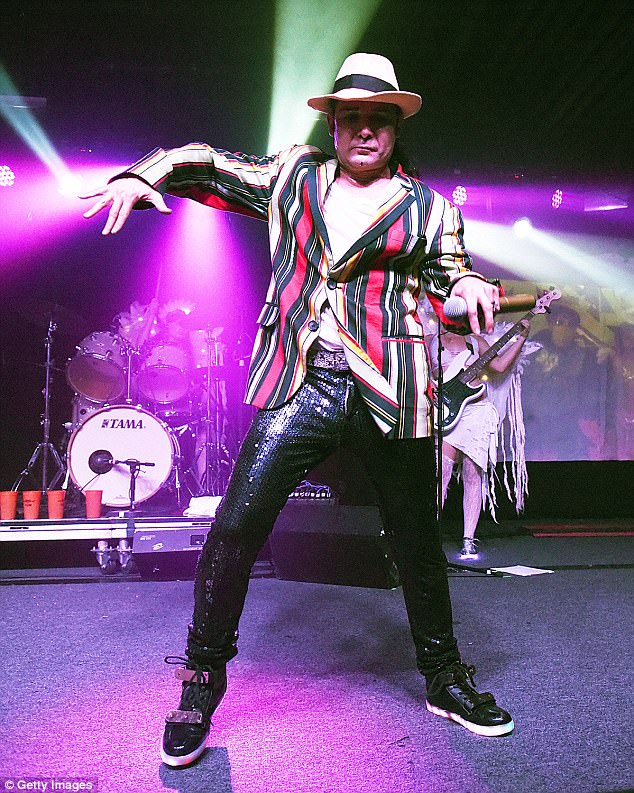 Enigmatic: Feldman is a musician as well an actor, as he was snapped performing in Atlanta this past July 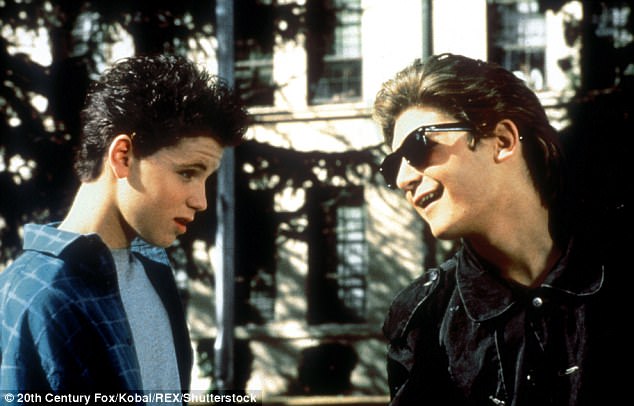 Salad days: The actors shared the screen in a number of films, including 1988’s License To Drive