Corey Parker was shocked to see Jason Taumalolo remain on the pitch after being visibly shaken following a brutal head clash on Saturday.

The Cowboys skipper was smashed on the cheek by Gold Coast prop Isaac Liu during North Queensland’s 30-4 win over the Titans.

Taumalolo looked clearly dazed and dropped the ball, before staggering to his feet.

‘He looked like he might have got stunned there Taumalolo,’ Parker said, while commentating on Fox League.

‘He looks a little bit dazed the big fella. Isaac Liu comes across and it looked like a head clash.

‘Yeah straight on the button.’ 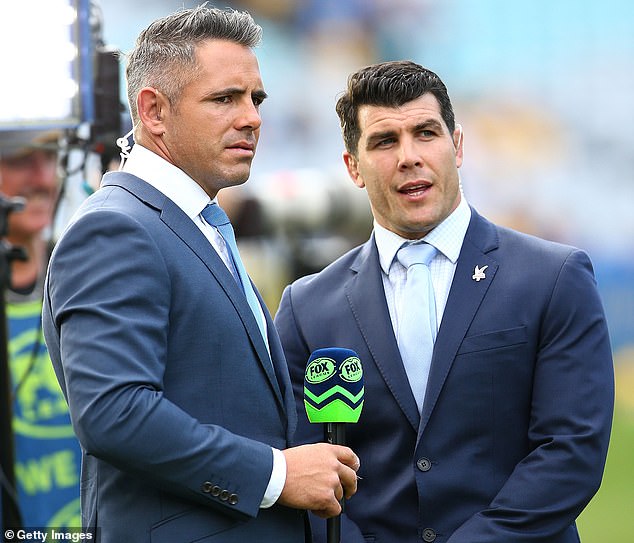 Despite looking worse for wear, Taumalolo wasn’t ordered to undergo a head injury assessment and remained on the field much to Parker’s incredulity.

‘I don’t know how Taumalolo is still out on the field,’ the former Brisbane Broncos great said.

‘We all saw the vision. We saw the eyeballs of Taumalolo who had come up with an error off the back of it.

‘And he is still out on the field.’