Kavos in Corfu is where to head to from the UK for the lowest-priced overseas package deal during the school holidays.

That is according to new research that examined the median price of a seven-night package holiday across tens of thousands of offers for July 21 to August 25.

The most expensive destination for a package holiday is Ibiza Town, according to the study, with the price per person per night more than double that of Kavos.

Kavos in Corfu, pictured, has been named as having the lowest-priced overseas package deals during the school holidays

The research was carried out by price comparison site TravelSupermarket, which looked at all searches made by British holidaymakers between May 1 and June 12 this year.

The research reveals that if you’re looking for the cheapest overseas’ family holidays during the school holidays, you should consider not only Corfu, but Bulgaria, Gran Canaria, the Neapolitan Riviera and the Costa Brava, and avoid – as well as Ibiza – Santorini, Marbella on the Costa del Sol, Heraklion in Crete and the Dubrovnik Riviera.

For Kavos, the median price is £56.25 per person per night (pppn), with an average three-course meal there costing less than £15 each.

The next cheapest destinations are the Bulgarian resorts of Golden Sands and Albena at £60.29pppn. 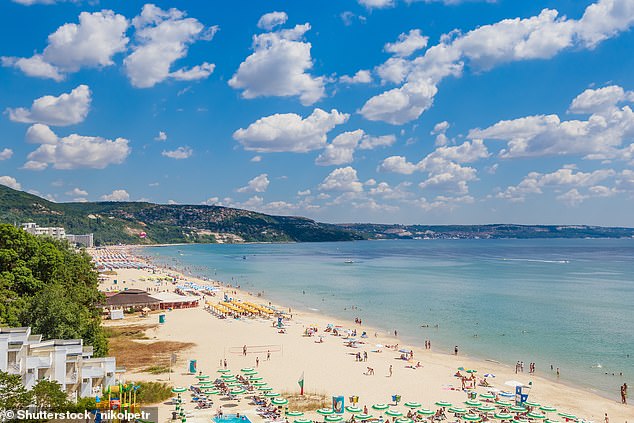 Albena, pictured, in Bulgaria has been named as the second-cheapest destination for a package holiday from the UK

Rounding out the top five cheapest destinations is the Neapolitan Riviera in Italy, where the median price is £63.82pppn.

After Ibiza, the next most expensive short-haul destination is the Greek island of Santorini where the median price of a seven-night package deal is £102.89pppn.

Third most expensive is Marbella on the Costa del Sol at £102.02pppn followed by Heraklion in Crete at £98.99pppn and the Dubrovnik Riviera in Croatia for £98.76pppn. 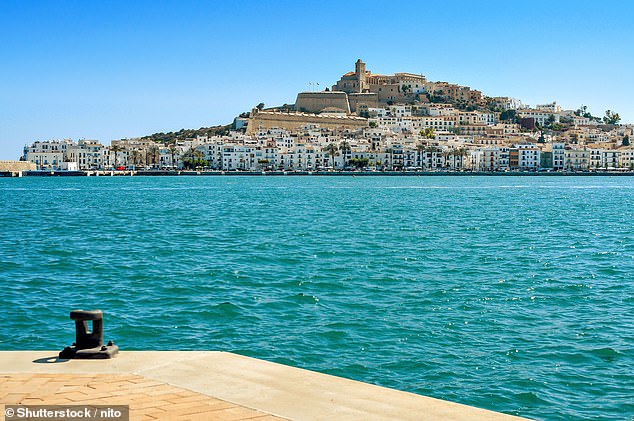 The most expensive destination for a package holiday is Ibiza Town, pictured, with the price per person per night more than double that of Kavos 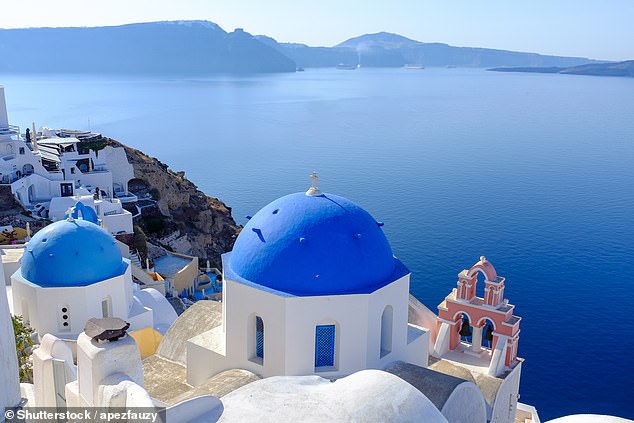 Santorini in Greece, pictured, is the second the most expensive package destination

PRICIEST SHORT-HAUL PACKAGES FROM THE UK

Emma Coulthurst, travel commentator for TravelSupermarket, said: ‘Taking the kids abroad during the school holidays can be pricey due to the increased demand during late July and August.

‘So, if you pick a package holiday to Corfu over one of the more expensive destinations on the list you can cut your holiday costs by more than half.’

Emma also notes that some of the most expensive short-haul packages are pricier than long-haul trips.

She added: ‘Seven-night package holidays from the UK to Ibiza are even 13 per cent more expensive than going for seven nights to Orlando.

‘It is also cheaper (by around seven per cent) to take the family to Dubai for seven nights than it is to Ibiza this summer.

‘So, it is also worth seeing if you can go long-haul for a similar or even a lower price.

‘Brexit concerns, currency volatility and last year’s heatwave are all having a downward effect on bookings and holiday prices this year.

‘It means that there are seven-night holidays available currently for school holiday dates from under £260pp, when it is normally difficult to find anything for under £350pp.’

Other price comparison sites are available.