Progressive Democratic Rep. Cori Bush sent a threatening message to Mark and Patricia McCloskey on Wednesday after the Missouri couple was pardoned for charges stemming from waving their guns at Black Lives Matter protesters – including Bush herself.

‘Mark McCloskey is an absolute liar. He has spat on my name and because of that, his day will come,’ Bush said on CNN.

She then directed her ire at McCloskey and continued, ‘You will not be successful in all that you’re trying to do when you are hurting the very people that are out trying to save lives.’

Rep. @CoriBush, who took part in trespassing on the McCloskeys’ property, threatens the family after they received a gubernatorial pardon: “Mark McCloskey is an absolute liar. He has spat on my name. And because of that, his day will come.” pic.twitter.com/XEe5DNOxKM 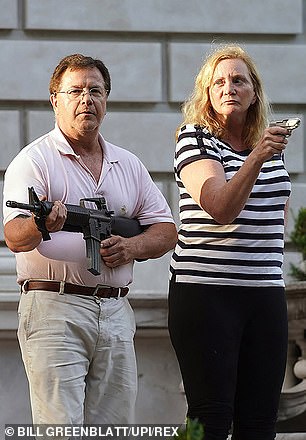 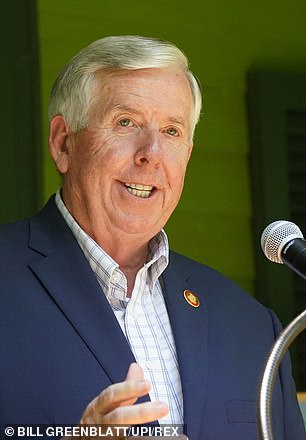 Bush vowed to ‘not allow’ the St. Louis-based attorney or Governor Mike Parson ‘to hurt the very people that are doing the work they should be doing.’

‘Mark McCloskey has publicly stated that if he were involved in the same situation, he would have the exact same conduct,’ the McCloskeys’ lawyer Joel Schwartz said Tuesday. ‘He believes that the pardon vindicates that conduct.’ 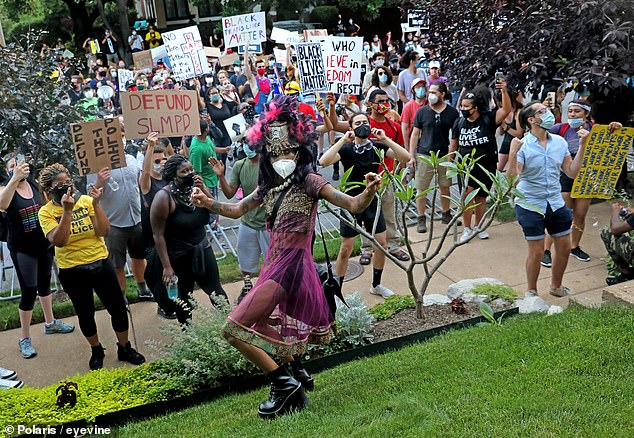 The McCloskeys, both lawyers in their 60s, said they felt threatened by the protesters, who were passing their home in June 2020 on their way to demonstrate in front of the mayor’s house nearby in one of hundreds of similar demonstrations around the country after George Floyd’s death.

The couple also said the group was trespassing on a private street.

Mark McCloskey emerged from his home with an AR-15-style rifle, and Patricia McCloskey waved a semiautomatic pistol, according to the indictment.

No shots were fired and no one was hurt. A special prosecutor assigned to the case determined the protesters were peaceful and said no one he interviews had weapons or realized they were in a private area.

The McCloskeys became right-wing darlings and were defended by top Republicans including Donald Trump.

At last year’s Republican National Convention as a featured speaker Mark McCloskey called Bush a ‘Marxist liberal activist leading the mob’ and accused Democrats of wanting to ‘abolish the suburbs.’ 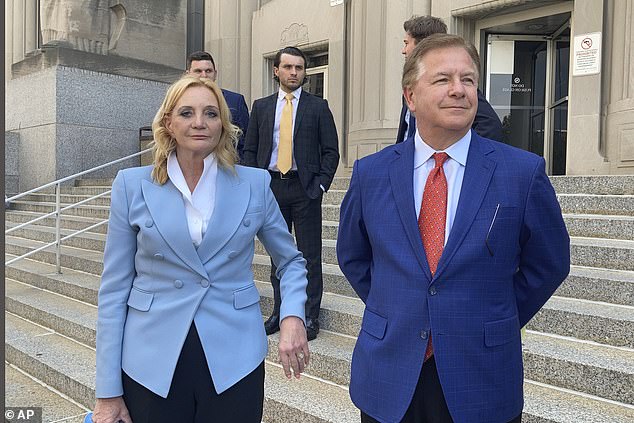 The McCloskeys were unapologetic about their actions (pictured here leaving a St. Louis court on June 17. The couple both pleaded guilty to their respective charges) 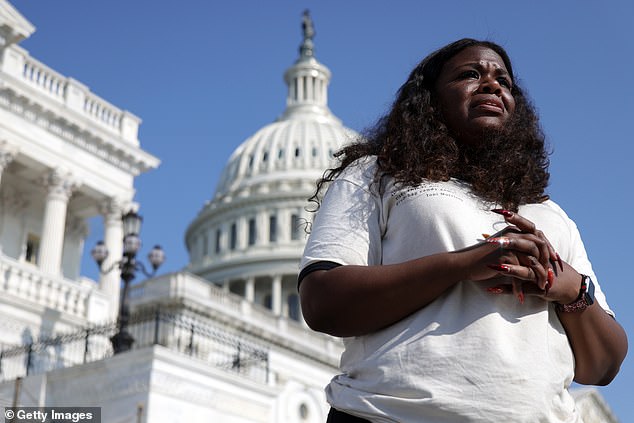 McCloskey called Bush a ‘Marxist’ who was leading a ‘mob’ on June 28, 2020 in an RNC speech given last year (pictured: Bush outside the Capitol on August 2)

Bush, a social justice activist as well as a pastor and a nurse before serving in Congress, brushed them off as ‘just trying to get attention’ at the time.

Mark McCloskey announced in May he was running for US Senate.

A statement from his campaign released Tuesday read, ‘Today we are incredibly thankful that Governor Mike Parson righted this wrong and granted us pardons.’

Bush challenged Parson to ‘stand up and be the governor of everybody’ and again blasted his decision as ‘ridiculous.’

‘Do something, actually show up and be the governor of all the people of Missouri, not just those that follow your type of politics that actually hurt… people who are struggling in this country,’ Bush said.

Parson’s legal team has been working through a backlog of clemency requests for months.

He hasn’t yet taken action on longtime inmate Kevin Strickland, who several prosecutors now say is innocent of a 1978 Kansas City triple homicide. Parson could pardon Strickland, but he has said he’s not convinced he is innocent. 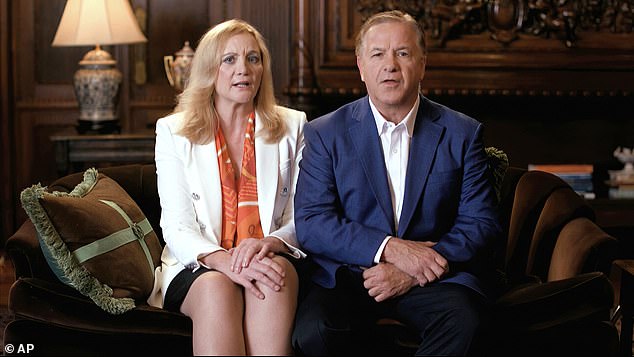 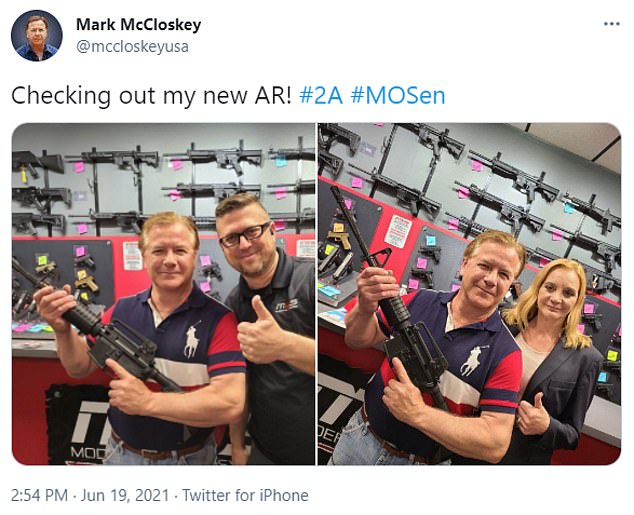 Missouri’s Democratic leader contrasted Parson’s treatment of Strickland’s case with the McCloskeys in bitter denunciations of the governor’s action.

“It is beyond disgusting that Mark and Patricia McCloskey admitted they broke the law and within weeks are rewarded with pardons, yet men like Kevin Strickland, who has spent more than 40 years in prison for crimes even prosecutors now say he didn’t commit, remain behind bars with no hope of clemency,” Missouri House Democratic Minority Leader Crystal Quade said in a statement.

Democratic state Rep. LaKeySha Bosley said, “The governor’s stunt ominously underscores that under his watch, justice belongs only to the privileged elite in this state.”