The 27-year-old (pictured), who was born without her right arm or forearm, says she feels ‘disrespected’ the ‘intimate exchange’ between her and her boyfriend was exposed

Former Coronation Street actress Melissa Johns has hit back at hackers who leaked naked images of her performing a sex act online – saying it shows disabled bodies are beautiful.

The 27-year-old, who was born without her right arm or forearm, says she feels ‘disrespected’ the ‘intimate exchange’ between her and her boyfriend Mat Swain, 26, was exposed.

But remaining defiant, the Manchester-based star says the images show disabled people ‘send photos, have sex lives and engage in intimate exchanges’ like everyone else.

She told MailOnline: ‘As a vocal champion of women being totally at one with their bodies and not being ashamed of them, I am not about to turn around now and go back on my own principals.

‘I am proud of my body. It is beautiful. And I am entitled to enjoy it and to have a personal and a romantic life just as all women – of all different body shapes and sizes – are entitled to do.

‘If any good has come out of this, it is to show that women with all different types of body shapes and sizes send photos, have sex lives, engage in intimate exchanges in the same way as everybody else.

‘My body is unique, beautiful, and representative of what is still a very under-represented demographic of people in our society today. 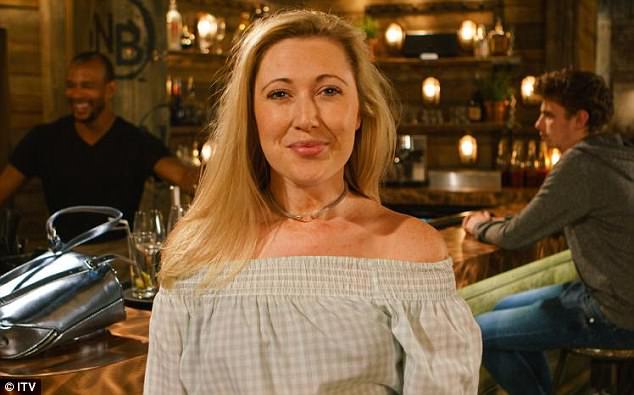 ‘So if this goes some way to dismantling discrimination, and showing that disabled bodies can be beautiful and even sexual, then that is a positive thing.’

She added: ‘I’ve always felt that I have been given this body for a reason. Because someone, somewhere, knew that I had the strength to deal with it.

‘Ever since school, when I have been bullied or inappropriate comments have been made about my arm, I have learned to deal with things in a calm and positive way.

‘Women get these types of photos leaked all the time, but what is more unusual is to see a woman with a disability depicted in this way.

‘It will take a lot more than a few leaked photos to to stop me fighting for equality and the mainstream representation of women of all different shapes and sizes.’ 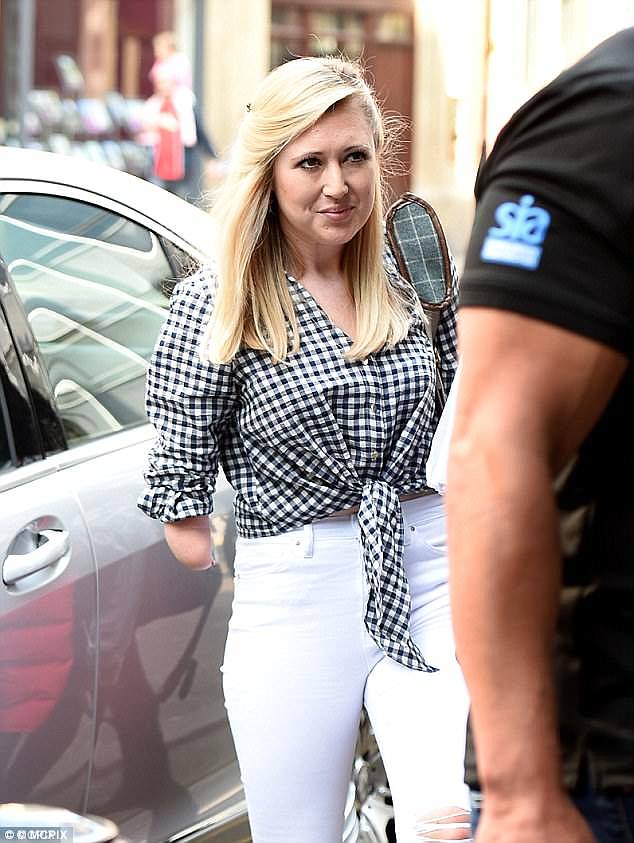 Miss Johns (pictured), 27, has reportedly been targeted by hackers who obtained her X-rated images and put them on the internet

The actress, who starred in Doctors and The Interceptor before her stint on Corrie last year, is not involving police in the matter as the website that leaked her images is based in the US and not the UK, reports The Mirror.

She is not the first Coronation Street actress to fall victim of hackers.

Faye Brookes, 30, who plays her on-screen love interest Kate Conor, was reported to have called the police when an explicit clip of her and unidentified man were leaked this month.

Miss Johns said she is not ‘devastated’ or ‘going through hell’, as has been reported.

But the leak has come two days after she was admitted to hopsital for a colposcopy examining abnormal cells in her cervix.

She is now waiting for the results of a biopsy. 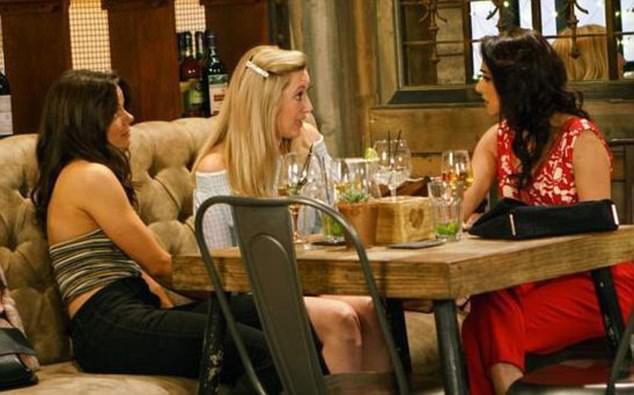