Coronavirus: At-home tests work as well as those in clinics

At-home coronavirus tests work just as well as those given at clinics: Study finds self-swab kits are 80% accurate as experts urge easier testing in the US

Researchers found that self-swab kits had few false positives for COVID-19, the disease caused by the virus, particularly among patients who had high viral loads in their noses.

The home swab tests were also only about two percent likely to return a false negative result.

The team, from University of Washington School of Medicine, says these kits help protect people who may spread the virus by leaving their home, minimize the risk for healthcare workers and can help contain outbreaks as states reopen their economies. 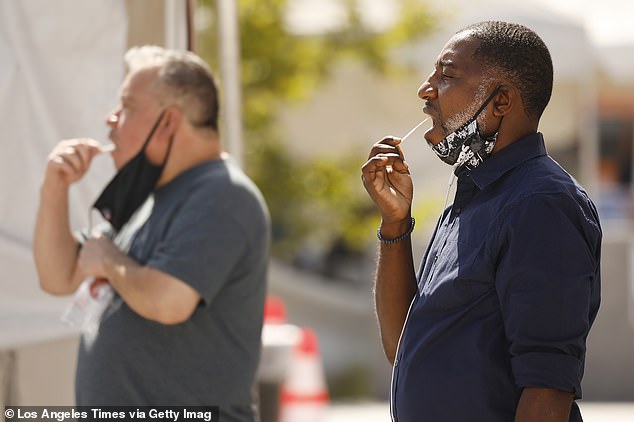 For the study, published in JAMA Network Open, the team looked at 185 participants who provided swabs either collected by a clinician on their own or both.

Self swabs were midnasal, inserted about one inch into the nose, while the clinician swabs were nasopharyngeal and inserted close to where the nasal pathway meets the throat.

Among the volunteers, more than 22 percent tested positive for the virus.

Next, home midnasal-swab results were compared to clinician-collected samples to see which detected the virus better in symptomatic patients.

Home swabs had a sensitivity rate of 80 percent, meaning they correctly identified more than three-quarters of positive cases.

Among people who had viral loads in their noses, the sensitivity rate was even higher at 95 percent.

‘It matters less if swabs don’t detect the cases with very little virus, because they’re not likely to be very symptomatic and less likely to infect others,’ Dr Helen Chu, a UW professor of medicine in the division of Allergy and Infectious Diseases, said in a press release.

The specificity of the home swab tests was 97.9 percent, meaning it had very few false negatives.

Chu believes the self-swab tests has a lower specificity rate than in other studies because of participants with low viral loads.

Additionally, most people who performed the home tests did so one day after the clinician test, which made their viral loads likely lower. 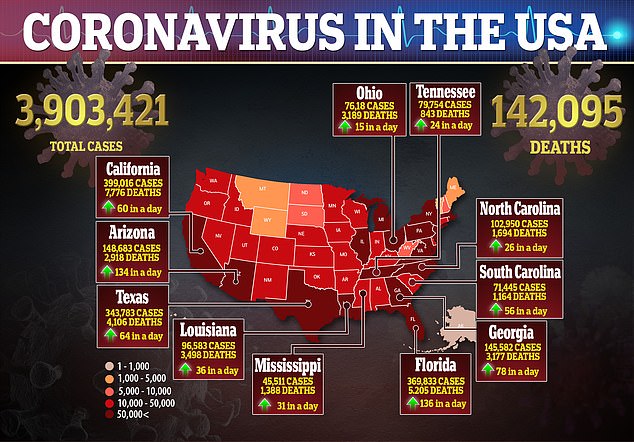 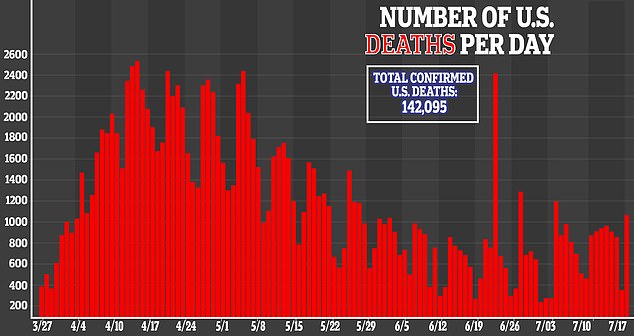 The team says there are many advantages to coronavirus tests at are performed at-home such as patients not going out if they feel and therefore minimizing the risk of spreading the virus.

Additionally, it lowers the risk of infection among healthcare workers and helps them stock up on personal protective equipments such as masks, gloves and gowns.

The tests can also help researchers track cases and outbreaks among people who may not seek medical care.

‘Home swab collection has the potential to play a pivotal role in increasing testing access across the broader population,’ the authors wrote.

In the US, there are currently more than 3.9 million cases of the virus and more than 142,000 death 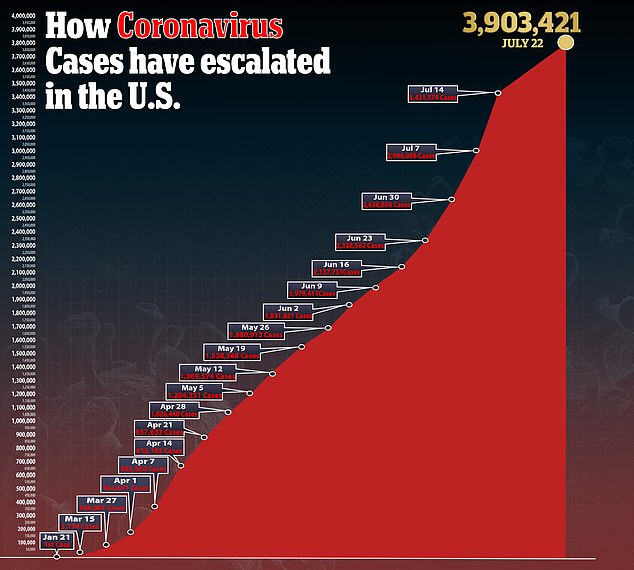