Dominic Perrottet could only muster a vague answer when he was directly asked whether Dr Kerry Chant supported his changes to the NSW freedom roadmap.

And Dr Kerry Chant has been snubbed once again from appearing alongside the new NSW Premier at a press conference celebrating the end of lockdown on Monday.

Dr Chant will be absent from the Premier’s media news conference celebrating restrictions lifting on Monday – the third time within days she’s missed a milestone announcement.

The no shows have sparked concerns the premier and Dr Chant don’t see eye to eye over his accelerated roadmap out of lockdown despite her vocal support of the plan at the weekend.

In an interview with the Today Show on Monday, Mr Perrottet shut down talk of a fallout with Dr Chant, insisting the pair have a ‘very strong’ relationship.

Dominic Perrottet (right) has been forced to  deny speculation he’s had a falling out with NSW chief health officer Dr Kerry Chant (left) in his first week in the job.

‘Not at all. I am not sure where that’s come from,’ Mr Perrottet said.

‘I think by far she is the best health officer in the country and we will continue to work closely together as we move through this period of time.

‘As soon as I became premier, I spent two hours with her and Brad Hazzard and went through the challenges that lie ahead and I am confident we have the best team on the park as we move through this time.’

Mr Perrottet gave a less convincing answer when grilled by Today show co-host Allison Langdon as to whether Dr Chant supported his changes to the roadmap last week, including increases to home and outdoor gatherings. 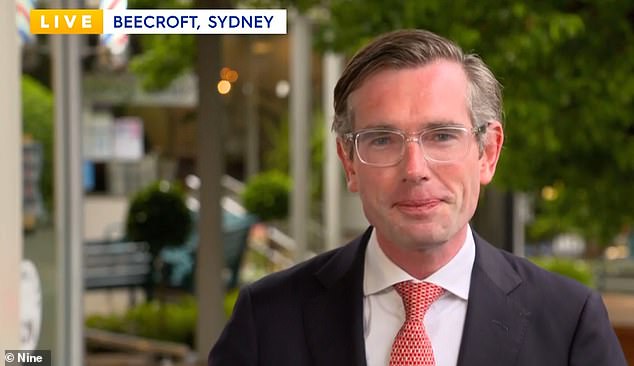 ‘There was no divergence from the approach we have taken before,’ he replied.

‘It’s the role of elected officials to consider the advice that is available and make decisions in the best interests of our state. It’s the collective responsibility of the executive of the government and that’s what ‘s occurred in the past and will occur going forward.’

Monday will be the third time within days Dr Chant won’t be present for a milestone press conference as the state recorded less than 500 new cases for a second consecutive day. 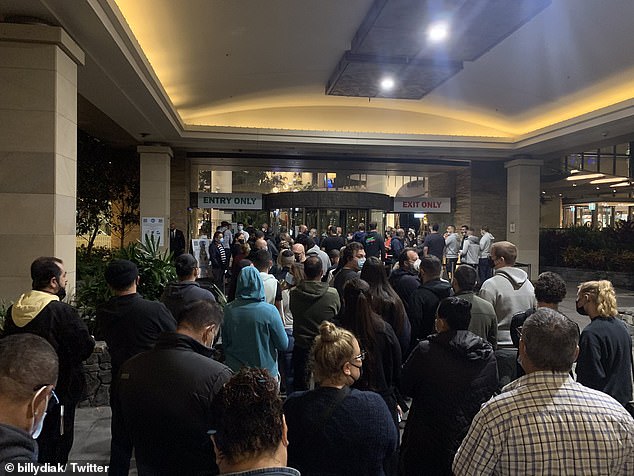 More than 100 days in lockdown ended for millions of Sydneysiders when the clock struck 12.01am o Monday. Pictured is the queue of thirsty revellers outside Canterbury Leagues

On Friday, deputy Premier Paul Toole rejected reports she was not on board with changes Mr Perrottet introduced after stepping into his new role.

‘I had a crisis cabinet the day before and Kerry Chant was in the meeting. We don’t make decisions without the support of NSW Health or Dr Kerry Chant,’ he said. 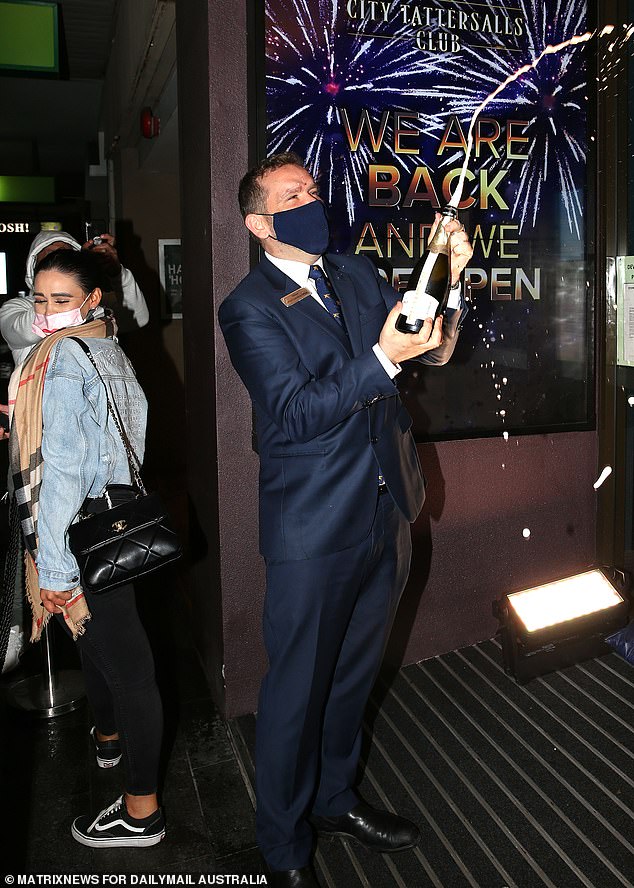 Sydney City Tattersalls celebrated Freedom Day by popping open the champagne at 12.01am