The cost of fruit and vegetables could surge by 60 per cent as the impact of coronavirus border closures threatens to throttle the nation’s food supply chain.

The country is facing a shortage of 71,000 workers to pick fruit as travel restrictions force backpackers to return home and prevent any new travellers from arriving.

The cost of fruit and vegetables could surge by 60 per cent. Pictured: a woman in a face mask buying broccoli in Sydney

‘There’s implications here for every Australian. It will clearly have an impact on prices down the supply chain,’ Australian Fresh Produce Alliance CEO Michael Rogers told The Courier Mail.

Mr Rogers said modelling showed the worker shortfall would see the cost of fresh produce rise by up to 60 per cent a kilogram, but it was difficult to say when the price hike would hit supermarkets.

Meanwhile, Australian farmers have pleaded with bureaucrats to introduce a ‘farming permit’ to allow agricultural workers to bypass some COVID-19 lockdown measures to ensure they can care for their livestock and crops.

Livestock are being left unattended to die and crops are being destroyed because farmers in quarantine can not irrigate and treat them, they say.

Farming groups held a series of emergency meetings on Wednesday to discuss ways around a the looming food crisis. 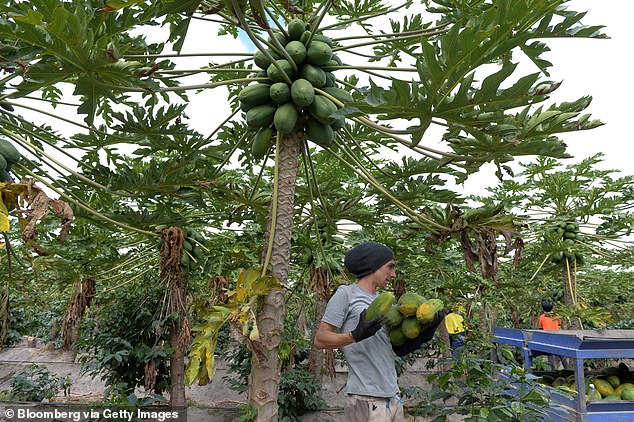 A shortage of 71,000 crop-picking backpackers due to lockdown measures will see huge increases in the price of fruit and vegetables, industry experts say (pictured in Queensland)

‘I have had farmers on the phone crying because they are worried about their livestock. It’s putting pressure on production and the food supply chain.’

Permits have been granted to some workers to cross state lines, but Mr Jochinke said most farmers do not meet the criteria – leaving them to fight red tape to ensure the nation is fed.

‘When we see an area running short of shearers or where fruit is not being picked, you can’t get that back and all this relates to cost, relates to choice in the supermarket,’ he said. 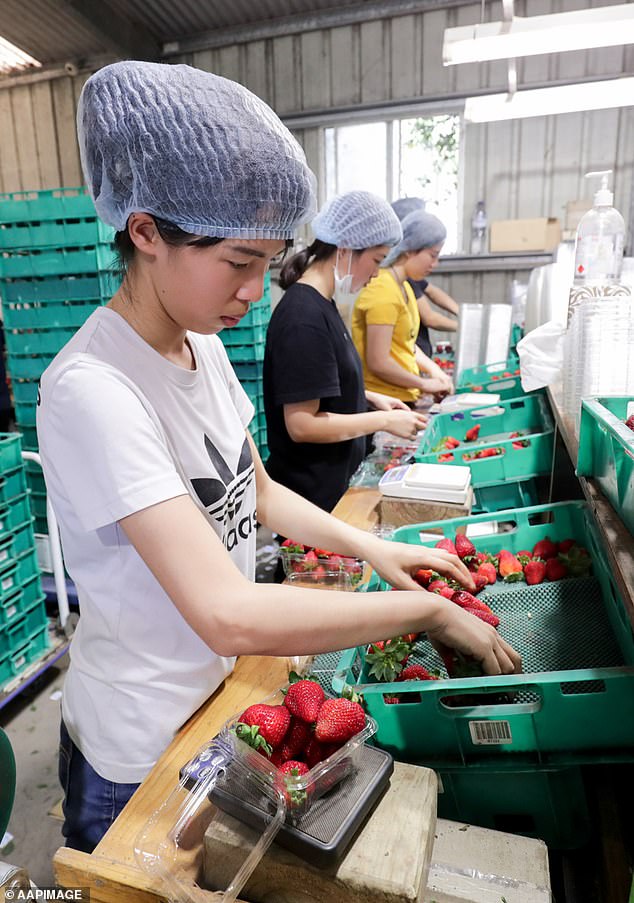 Workers from the Pacific region have arrived in Darwin as part of a government trial to keep supply chains from collapsing amid the backpacker shortage.

Agriculture Minister David Littleproud said: ‘No-one wants to see fruit and vegetables wasted and that is why we are looking at how we can continue to support the agriculture sector access the workers they needed.’

‘Pickers and packers are right at the start of the food chain, without that the rest of the supply chain falls over,’ he said. 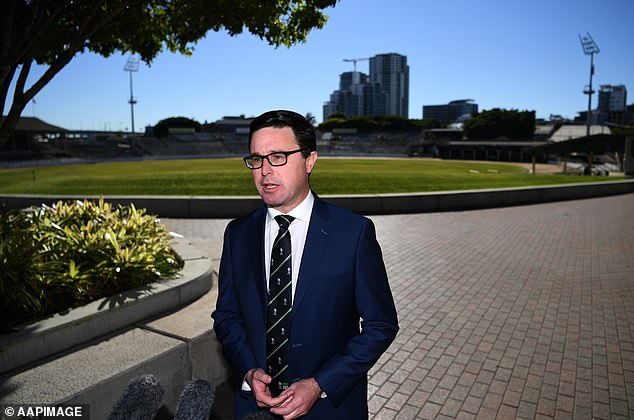 Farm workers from Vanuatu will be brought to Australia to help pick mangoes despite an ongoing travel ban on overseas arrivals.

Up to 170 people will come to the Northern Territory to head of a looming labour shortage ahead of the upcoming harvest.

More workers could join them if the trial is successful.

All people coming to the country will face two weeks in quarantine, while the NT chief health officer will have final approval on recruitment starting.

Vanuatu has no confirmed coronavirus infections, while there are just three active cases in the NT.

Federal Agriculture Minister David Littleproud said the trial would ensure no fruit and vegetables would be wasted.

‘The Northern Territory’s mango producers in particular are facing a rough road ahead without the workers they rely on for their harvest,’ he said on Tuesday.

‘That’s going to come to a head when the mango harvest starts in earnest in September.’

Farmers across Australia have voiced concern about labour shortages with key harvest and shearing periods approaching.

The Northern Territory Farmer’s Association forecasts a shortage of between 800 and 1000 workers this month.

Producers can only employ people under the Seasonal Worker Program and Pacific Labour Scheme provided there are no local workers to fill the roles.

Mr Littleproud said the NT relied more heavily than other areas on seasonal workers and backpackers.

‘COVID-19 has virtually stopped that labour supply,’ he said.