Coronavirus Australia lockdown: What will ‘stage two’ look like?

Grim: Mr Morrison has suggested the country could move to ‘stage two’ restrictions next month – which would surely devastate further industrie

When Prime Minister Scott Morrison announced the shutdown of pubs, clubs, gyms and other businesses this week, he warned that the measures were just the beginning.

‘This is stage one of this response,’ Mr Morrison said, adding it will be reviewed each month.

Restrictions on everything from the number of people in supermarkets to if you can walk outside and whether schools, public transport, parks and ‘non-essential’ businesses will close could follow.

Daily Mail Australia has been told the government will only push ahead with even more draconian ‘stage two’ restrictions if coronavirus transmissions in the community continue to escalate or Australians fail to ‘socially distance’.

Stage Two would almost certainly see the forced closure of ‘non-essential’ businesses and other restrictions, although the Federal government is keeping mum on just what exactly those will be.

For an insight into what the nation could expect next, here’s a summary of how other cities and nations have handled COVID-19 lockdowns. 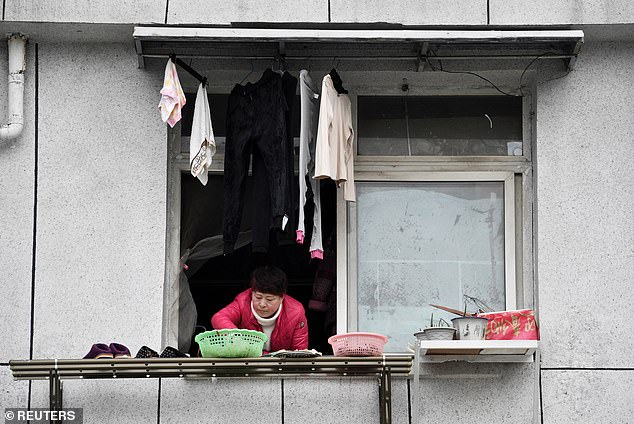 WUHAN, CHINA: Above is life in state-enforced quarantine in the capital of China’s Hubei province, where the coronavirus COVID-19 is believed to have originated 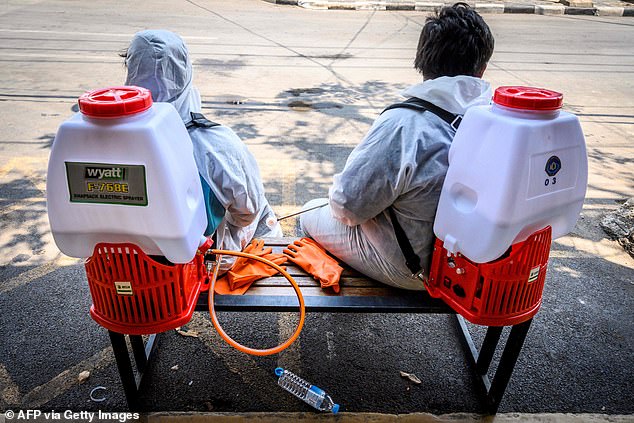 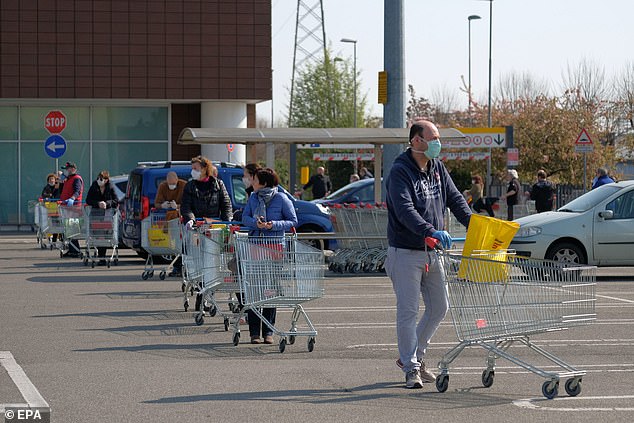 DESIO, ITALY: Shoppers ‘social distance’ outside a supermarket with locals each keeping more than a trolley-length apart

A senior government source said Australia’s shutdown stages will look similar to those unveiled by Kiwi PM Jacinda Ardern’s, but with crucial differences.

Ms Ardern announced her four-stage program on Monday and will take the country to its most extreme stage for four weeks starting this Wednesday.

All New Zealanders who don’t work in essential services will be told to stay home. Schools and universities will be shut. 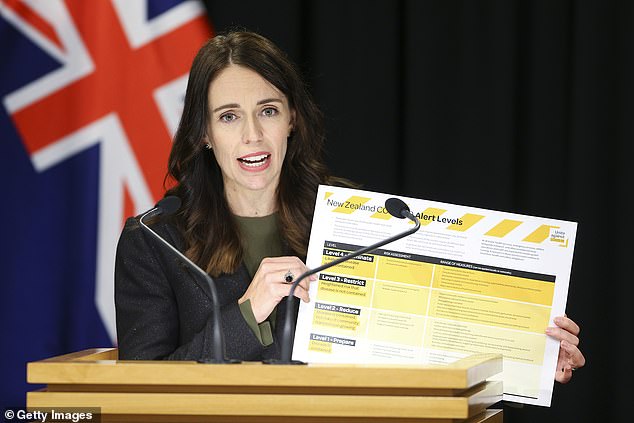 People will only be able to catch public transport for medical reasons or if they work ‘essential’ jobs.

If you want to get some fresh air and go for a walk or a jog, you will have to do it on your own.

The government has been granted sweeping powers to lock people at home. The military will be called in to enforce the rules.

Essential services such as supermarkets, pharmacies and medical centres will stay open. But supplies could be rationed.

Italy’s death toll is now higher than China’s at more than 5,400 people and the prime minister announced increasingly severe measures on Sunday.

The country has enforced a strict lockdown on cities for weeks, with police squads reportedly charging as many as 40,000 citizens with flouting the rules.

Shoppers are forced to wait in ‘socially distanced’ queues just to go to the supermarket. 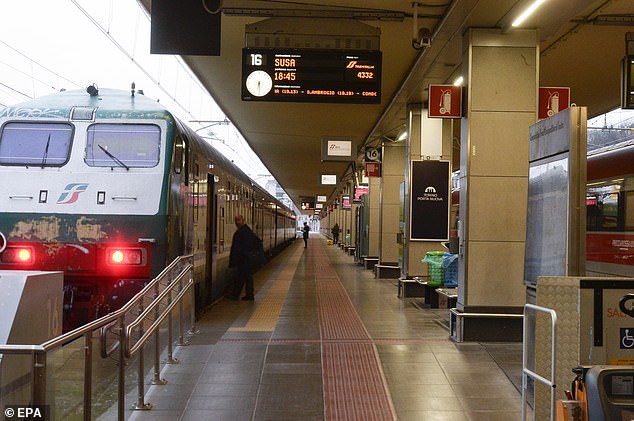 TURIN, ITALY: A train station stands almost totally vacant as police and soldiers enforce a desperate lockdown to stop the spread of COVID-19 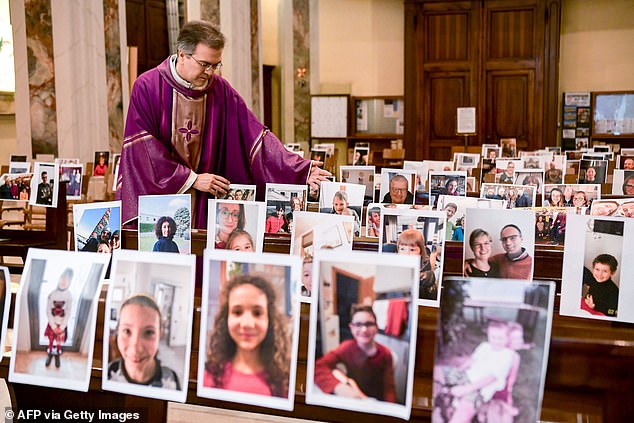 An Italian priest adjusts selfies sent by his congregation, which he has glued to chairs, to celebrate Sunday mass in Giussano

Citizens are only allowed to move about town for ‘non-deferrable and proven business and health reasons’.

Parks and beaches are shut.

Joggers have been told to stick to running around the block, or close to their home.

But the government has only recently announced the closure of non-essential businesses and industries.

The poverty-stricken South American nation has shut its borders and the streets have been taken over by the military. 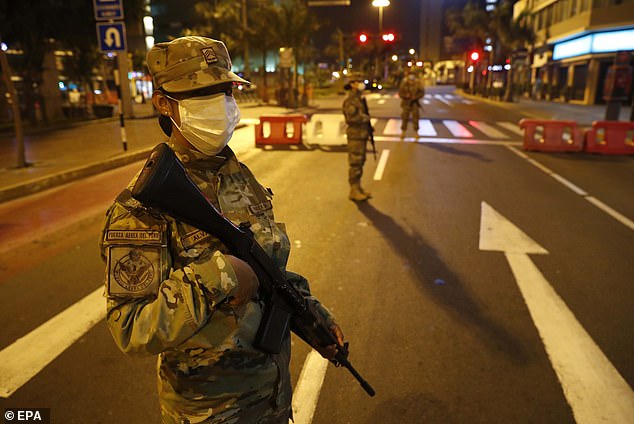 LIMA, PERU: Soldiers on the streets during the first night of curfew in the nation’s capital

There are oppressive restrictions on what tourists can do – not much, other than wakl to the shops – amid growing community anger at the virus being brought into the country.

The epicentre of the coronavirus and capital of the disease-ravaged Hubei province has suffered through the strictest lockdown the world has seen.

COVID-19 is thought to have originated in ‘wet markets’ where live animals, such as bats and pangolins, are sold to be eaten.

Most of the city’s 11 million residents were banned from leaving their homes except to get essential supplies or receive medical attention. 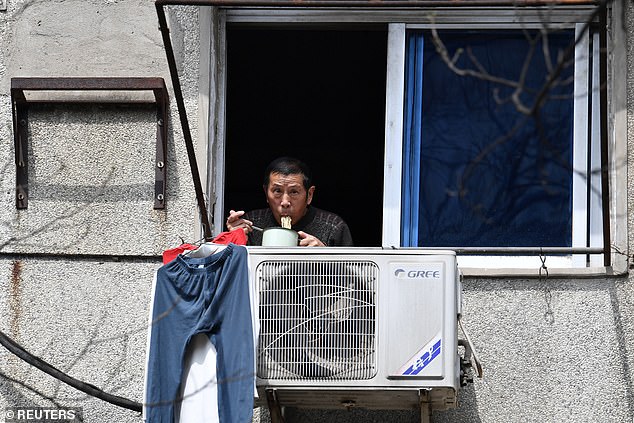 WUHAN, CHINA: A man eats his noodles in his residential compound – unable to leave unless going to shop for essentials 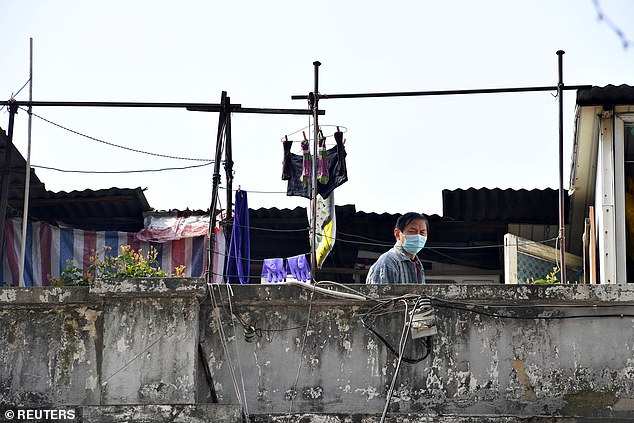 Authorities stormed house after house, searching for people who were infected by the virus.

No journeys were allowed outside the city except for compelling medical or humanitarian reasons.

Children were banned from school – or even playing outside.