Sydney’s stay-at-home orders has been extended for another four weeks to curb the spread of the highly-contagious Delta strain with an overhaul of new restrictions.

NSW Premier Gladys Berejiklian announced a number of changes to restrictions in Greater Sydney on Wednesday as the lockdown is extended to Saturday, August 28.

The state recorded another 177 cases of the virus overnight, with a total of 46 of those cases infectious in the community.

The new restrictions – that will impact construction workers, high school students, tradesman and domestic cleaners – are due to commence at midnight on July 28. 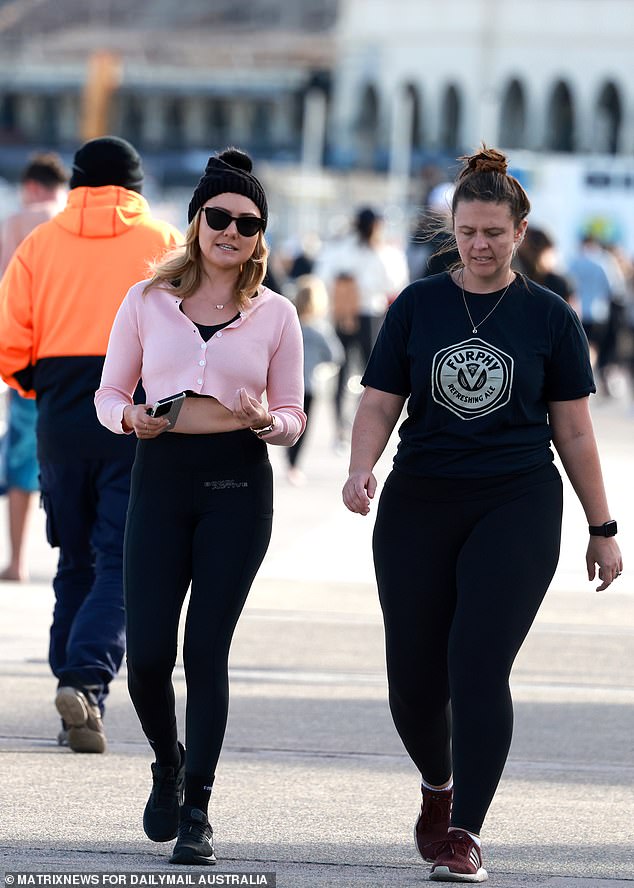 Which LGA’s are not allowed to leave their homes?

Ms Berejiklian has said she will blockade three more local government areas – Parramatta, Campbelltown and Georges River – from 11.59pm on Wednesday night in an attempt to contain the virus’ spread.

This means non-essential workers in those local government areas will join those in Fairfield, Cumberland, Canterbury-Bankstown and Blacktown in being unable to leave their local area for work.

WHAT ARE THE EIGHT LGA’S OF CONCERN?

Only essential workers who have a valid exemption will be allowed to leave those LGAs for work.

Do I need to get tested for Covid-19 to leave home for work?

Essential workers leaving Canterbury-Bankstown, south-west of Sydney’s CBD, will need to be tested every three days.

This requirement is no longer enforced in nearby Fairfield due to declining infections, with only aged care and healthcare workers leaving this area needing to be tested every three days.

Aged care and healthcare workers in Cumberland will need to get tested every three days.

What are the new restrictions for construction sites?

Construction sites will be allowed to re-open with enhanced Covid-safe protocols from July 31 after a two-week shutdown.

Construction sites with non-occupied settings (no residents) must have Covid safe plans in place.

Construction workers in the eight LGA’s of concern can not leave their homes for work. 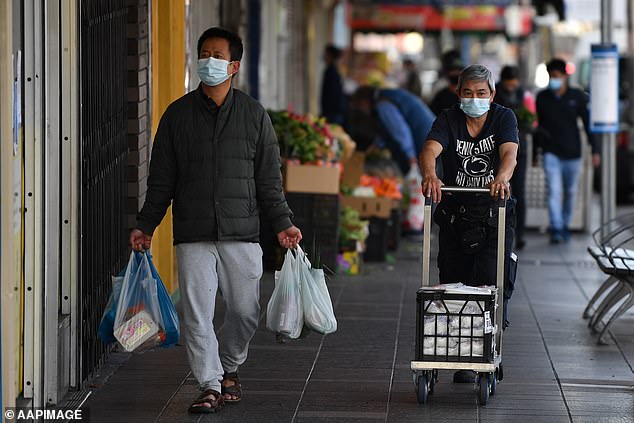 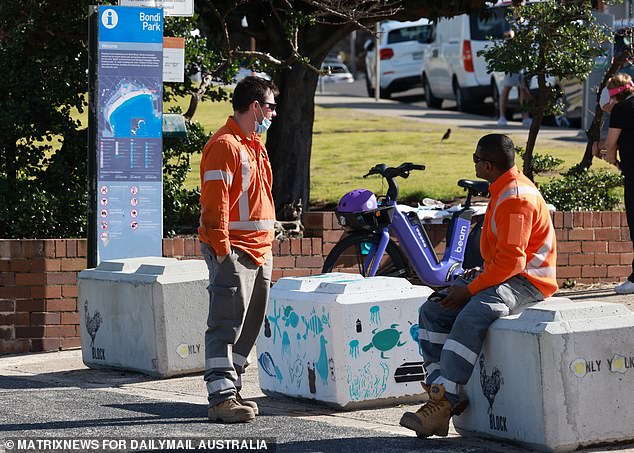 What are the new rules for tradespeople?

Tradies, including domestic cleaners, who do not have any contact with their clients will be able to resume work on occupied sites.

However, in these smaller settings there may be no more than two people inside a residence and five people outside.

If contactless arrangements are not possible, the work cannot go ahead.

This work is not permitted in the eight LGA’s of concern, nor will tradespeople or domestic cleaners be allowed to leave these areas.

Where can I go shopping?

People in Greater Sydney can only go shopping within a 10 kilometre radius of their place of residence if the item they seek is available locally.

What is the singles bubble?

The new rule will allow people who live alone to nominate one designated family member or friend to visit for companionship indoors.

If you don’t live in one of the eight LGAs of concern, your designated visitor cannot be from any of those LGAs either.

If you do live in one of the eight LGA’s of concern, your visitor must be someone from your LGA or within 10km of you.

It has been designed to combat mental health concerns during lockdown. 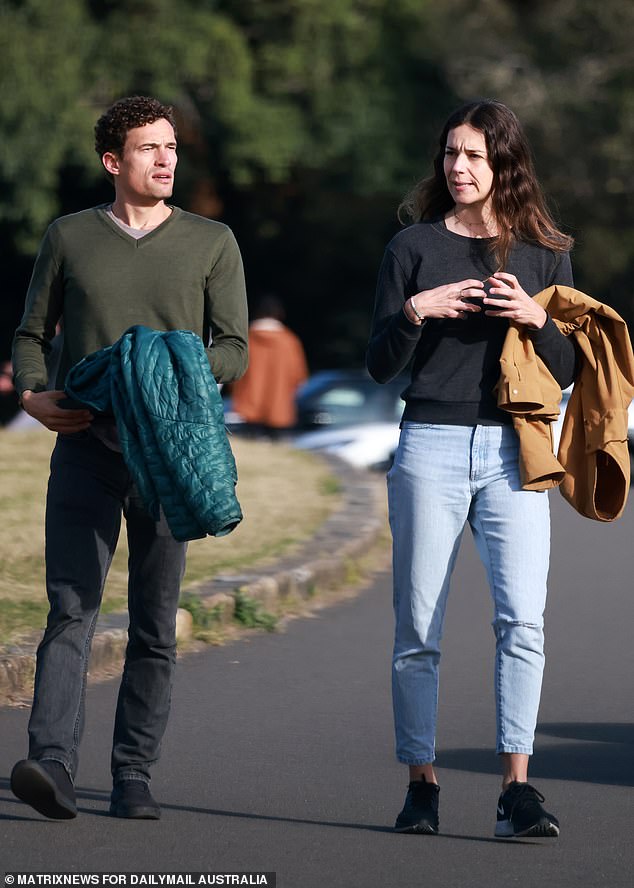 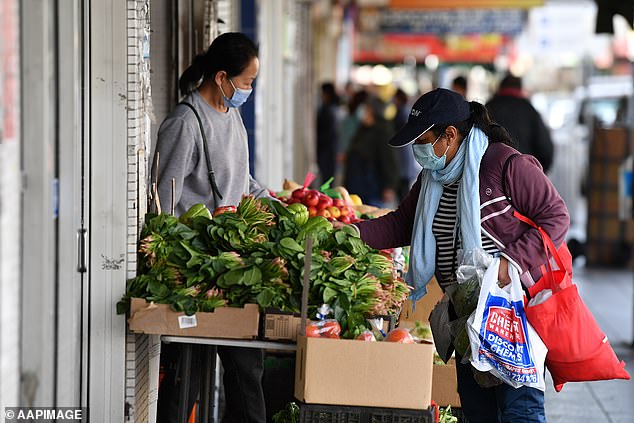 What are the new restrictions for students?

From August 16, Year 12 students will return to face-to-face learning and those going into the classroom will use rapid antigen testing to monitor for coronavirus transmission.

For students in other year groups the government is still finalising plans for the resumption of in-class study under strict Covid protocols.

All other students in Greater Sydney, the Blue Mountains, Wollongong, Central Coast and Shellharbour will continue remote learning for the next month.

What additional support is there for businesses?

The state premier has hinted at further financial support for NSW residents who have lost work and businesses during lockdown.

An expansion of JobKeeper and additional federal income will provide weekly payments for businesses suffering a downturn of 30 per cent or more.

The Premier said the Prime Minister would make an announcement about further support for individual workers later on Wednesday. 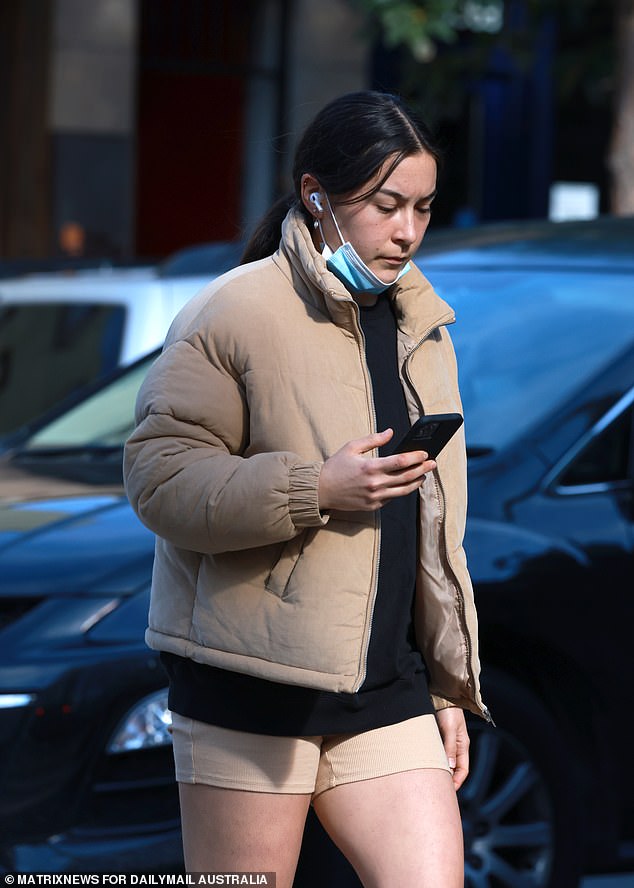 ‘The lockdown in Greater Sydney and every measure and precaution we implement is not only for the residents of Sydney but to protect regional NSW and to prevent the virus reaching our regional communities,’ Mr Barilaro said.

The decision to extend the lockdown was reportedly made in crunch crisis talks on Tuesday night after 172 new cases were announced earlier in the day.

Of the 177 new infections on Wednesday, a total of 46 were infectious in the community, while 22 were in isolation for only part of their infectious period.

NSW Health also confirmed the death of a woman in her 90s at Liverpool Hospital in Sydney’s south-west; there are now 11 fatalities across the state linked to the latest outbreak of the Delta variant.

HOW CONSTRUCTION WILL REOPEN IN SYDNEY FROM JULY 31

‘Works in occupied premises including residential homes can also resume from this Saturday where there is zero contact between workers and residents,’ he said.

‘There will be a limit of up to two workers for indoor services and five workers for outdoor services, and works will only be possible where it is feasible for residents to vacate the area.’