Coronavirus Australia: NSW Premier pleads with residents to get tested with the mildest of symptoms

Gladys Berejiklian has pleaded with Sydneysiders to get tested for Covid  immediately even if it means missing work.

The NSW premier was asked about support for workers putting off testing because they couldn’t afford to lose shifts after her health minister blamed ‘refugee family groups’ for falling test rates despite another 239 cases on Sunday.

Brad Hazzard said health authorities were struggling to feel confident that communities in the city’s west and south-west would continue to get tested. 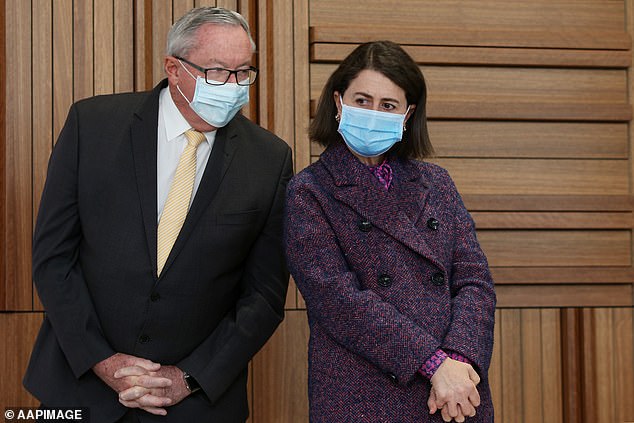 Earlier on Sunday, the NSW Health Minister Brad Hazzard said there was hesitance from large ‘refugee family groups’ to come forward for testing due to fewer income earners

‘What we’re seeing in particular, is refugee family groups are often large families, and often there might only be one or two people in the family who are income earners,’ he told the ABC.

‘We’re seeing a reluctance for them to come to health authorities and say, “we have a problem in our household”.’

The health minister said these communities were pre-disposed to distrust government and law enforcement due to prior mistreatment.

‘What we are trying to do is tell them, if you have got any symptoms at all or have been in contact with positive cases, please come forward to NSW Health.’

The health minister said when Sydney locked down the northern beaches during an outbreak last year and the eastern suburbs earlier in the year there was a ‘high level of compliance’. 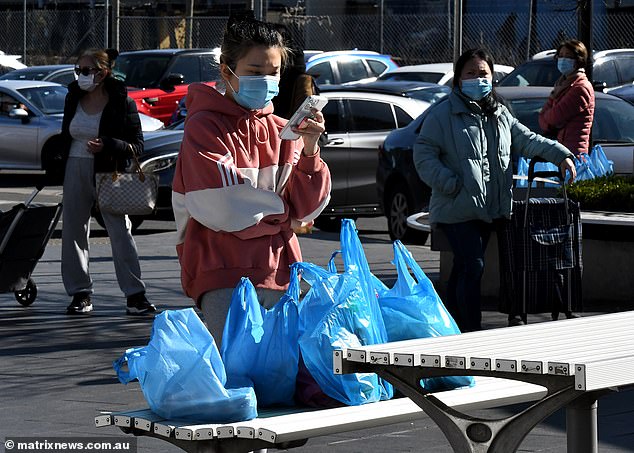 Ms Berejiklian cited a ‘variety of reasons’ including age as to why testing numbers across Greater Sydney, especially the city’s south-west, had slowed. Pictured: A resident shopping in Bankstown)

Ms Berejiklian cited a ‘variety of reasons’ including age as to why testing numbers across Sydney, especially the city’s south-west, had slowed.

She warned residents that symptoms of the contagious Delta variant of the virus can feel mild in the morning but quickly develop into a severe case just hours later.

‘It is very sad that people don’t even get any medical help and I dying at home. We will see more of that unless people come forward and get tested,’ the premier said.

Ms Berejiklian reasoned with residents that they would be keeping their families and loved ones safe by coming forward to get a test.

The premier said it only took a handful of people to be scared or unaccepting of what the result could be to infect dozens of close contacts with the virus.

‘You have disaster payments if you can’t work, small business medium business and large business grants if you are a business in trouble, but also direct support for communities in the eight LGA’s,’ she said.

Ms Berejiklian was asked what she would advise someone who was isolating at home awaiting a test result but was then asked by their boss to come in to work. 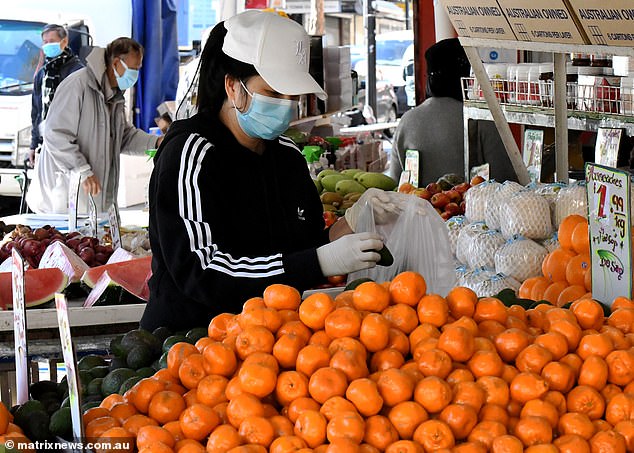 Ms Berejiklian reasoned with residents that they would be keeping their families and loved ones safe by coming forward to get a test. Pictured: Bankstown locals on Chapel Road 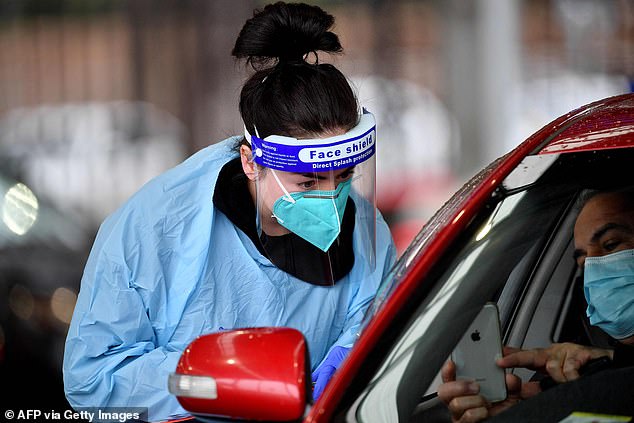 Mr Hazzard said authorities would keep the harsher lockdown measures in specific local government areas, despite calls to expand certain rules for all of Sydney

The premier advised those workers to seek available financial support and reminded residents who remained in strict isolation that they would be supported in their decision to follow and respect public health orders.

‘It is very important for people to get tested as soon as they have the mildest of symptoms,’ she reiterated.

‘But sometimes we are seeing people who are not in the workforce, people who don’t leave their households necessarily, also remaining from getting tested.

‘It is not a specific category of person. We are saying to everybody we are in the middle of a pandemic, it is a health crisis.’

Ms Berejiklian said her government were working closely with NGO’s in the eight LGA’s to provide direct financial assistance to families and communities especially challenged by the most recent outbreak.

While the premier didn’t define the category of Sydneysiders reluctant to get tested. 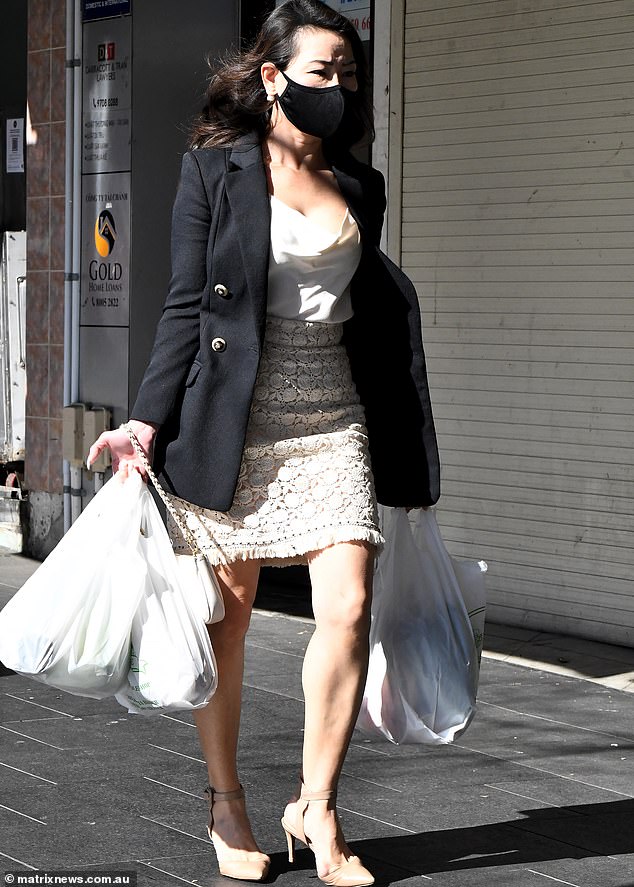 Earlier on Sunday, Mr Hazzard defended the deviation in Sydney’s public health orders that remain stricter in the city’s west and south-west.

He said authorities would keep the harsher lockdown measures in specific local government areas, despite calls to expand certain rules for all of Sydney.

‘We already have requirements that everybody stay at home… But certainly in these eight local government areas, it’s very challenging,’ Mr Hazzard told ABC’s Insiders program on Sunday.

‘So, we’re trying to strike the balance, and I think the balance is appropriate.’